Eight Pixels Square is an independent mobile game developer that is based in Derby, UK. You may have played their previous games Cartel Kings and All Guns Blazing. Their latest game is Raid HQ. It takes the popular elements of their two previous games, and throws in more action and card collecting into the mix. It makes this a quick, fun and challenging game for your mobile devices.

Eight Pixels Square makes some visually appealing games. The characters are generally a bit whimsical in how they are rendered, but the games always look well-produced. Raid HQ continues their work by making a game that is easy to play and mixes a few genres together quite well. Raid HQ includes base building, resource collecting, team building and a bit of action, when you are required to take down the opponent’s headquarters. The game is played in portrait mode, which works pretty well for this type of game, and it only requires simple swiping to move your character, or single taps to switch out the characters during the raids. There are SHUMP (Shoot ’em Up) gameplay elements as well, which makes the game even more engaging. 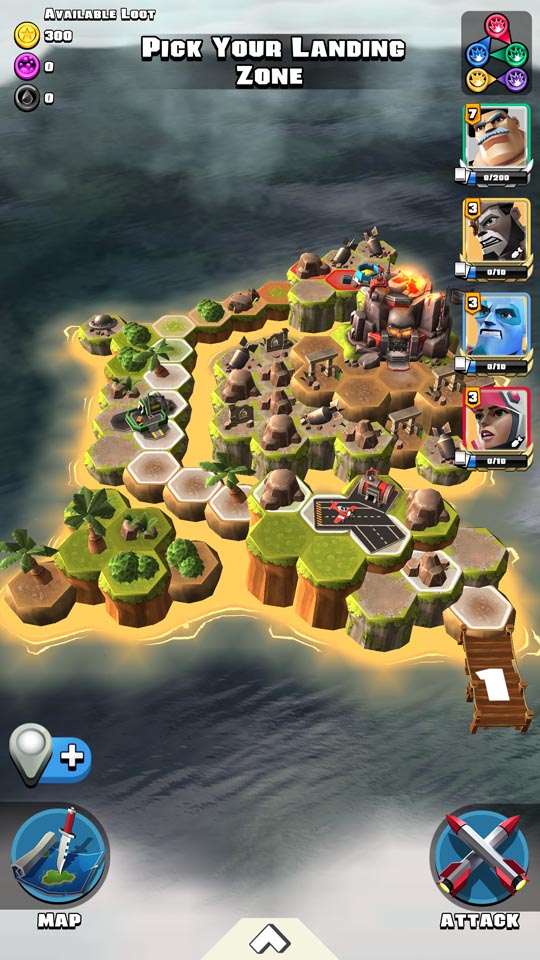 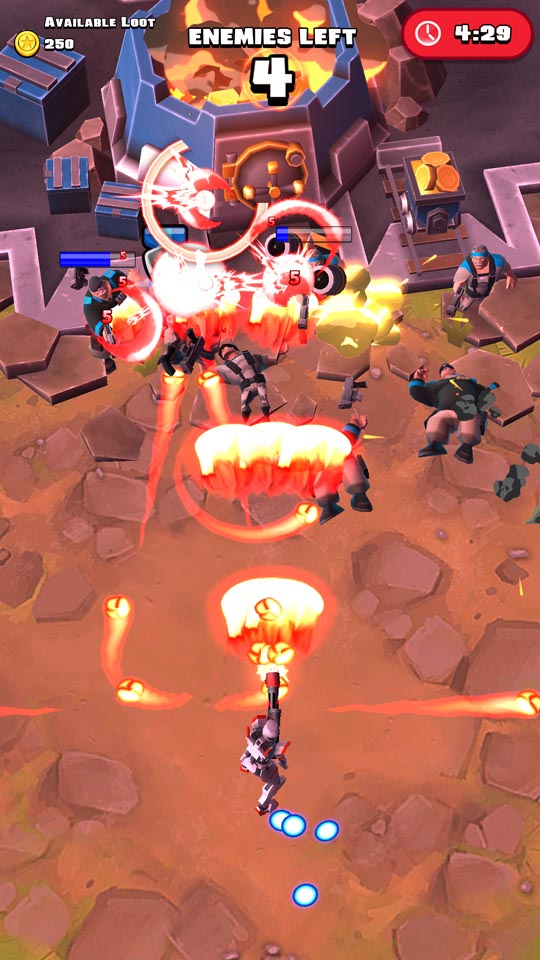 “Collect and upgrade dozens of troop cards, build your squad and lead them to victory in an all new type of shoot-em-up! Build and customize your island to fend off enemy raids, forge an unstoppable clan and battle to win Trophies, power and glory. The enemy HQ is in your sights… RAID ON!!!!” – Eight Pixels Square

Raid HQ feels almost like a game in a genre all its own. Yes, there are different elements to the game that you have played before, but when it all comes together it feels new. I have the same feeling I had when I started playing Clash Royale by Supercell. It feels a bit different and it’s nice to see games continuing to evolve.

You start by going through a really good tutorial. The user interface on the game is slick, and everything is laid out where it feels natural. You start building your squad and prepare to go on raids. While you are building your team, you also have to build your base with turrets so you can protect it from raids. Like many other games, it is important to collect resources, which is gold in this case. You also obtain gems when you are successful in your raids. The resources allow you to protect your base with better equipment, allows you to upgrade your team, and get better cards when necessary.

When you attack another base it is done in multiple waves. Each member of your squad is aligned with a particular color like red, green or blue. This is part of the strategy in the game. Depending upon the enemies you face when you start raiding, you may need to switch team members based on the enemies color. If it is a green base, you may want to use a red team member. When you tap the team member you are using, it shows an up or down arrow which signifies whether you are using the right team member or not. At this point in the game, it turns into more of a SHUMP type game. Bullets and lasers are coming from everywhere. You strafe right and left to avoid the enemies fire. Your team member automatically shoots their weapons, so that makes things a bit easier during the battle.

Raid HQ had been in soft launch for a little while, so we knew it was out there, but had not reported on it yet. The game was released for iOS a few  months ago. If you enjoyed playing Clash Royale and the social gaming aspects of it, you will enjoy playing Raid HQ. It has many of the same elements. You can create a clan, join a league and chat with other team members. There is a lot to this game and it looks like there will be plenty to do for quite some time. 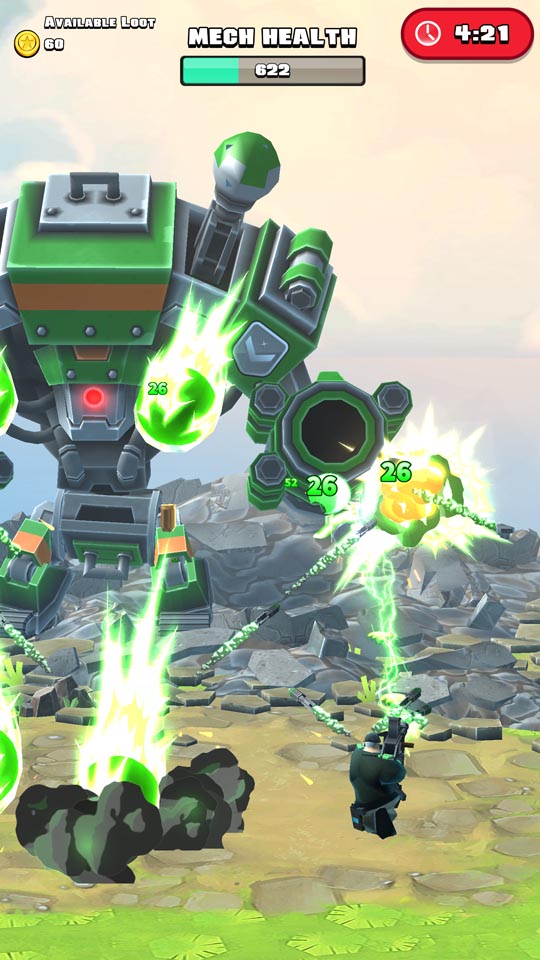 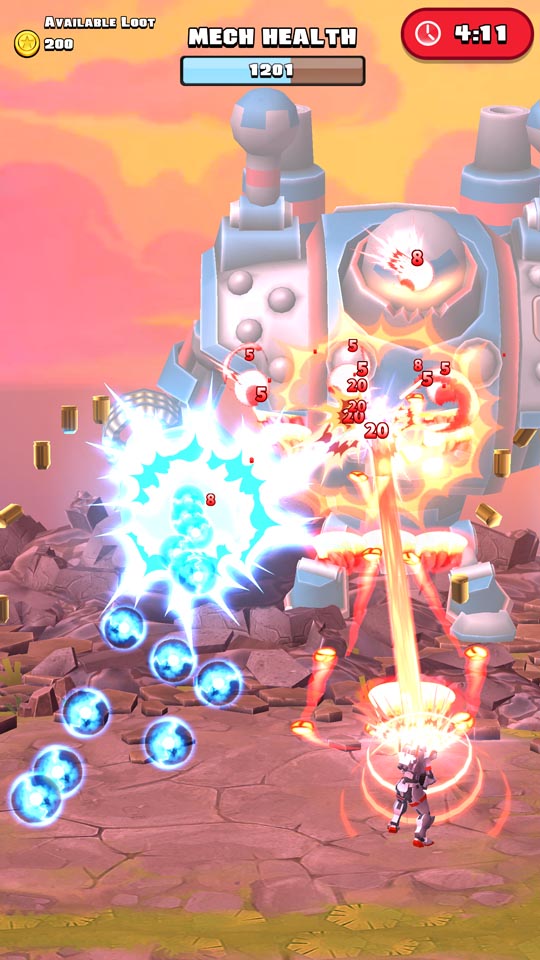 Raid HQ is a free to play game, so keep that in mind. There are the standard gems and coins that are part of the resources in the game. You can choose to use the optional IAP’s or it may take a bit longer to level up in some areas. The game is integrated with Google Game Play Services and includes one leaderboard. Here is hoping that Eight Pixels Square will add achievements to the game because it is set up perfectly for it.

If you like base-building, strategy and a bit of action in your gaming, look no further than Raid HQ. So far, so good. I am curious to see how the game plays the longer you play it. If you want to check it out, you can do so for free. Check out the trailer to see the game in action. This is the trailer that was originally released for iOS, but the gameplay is the same.