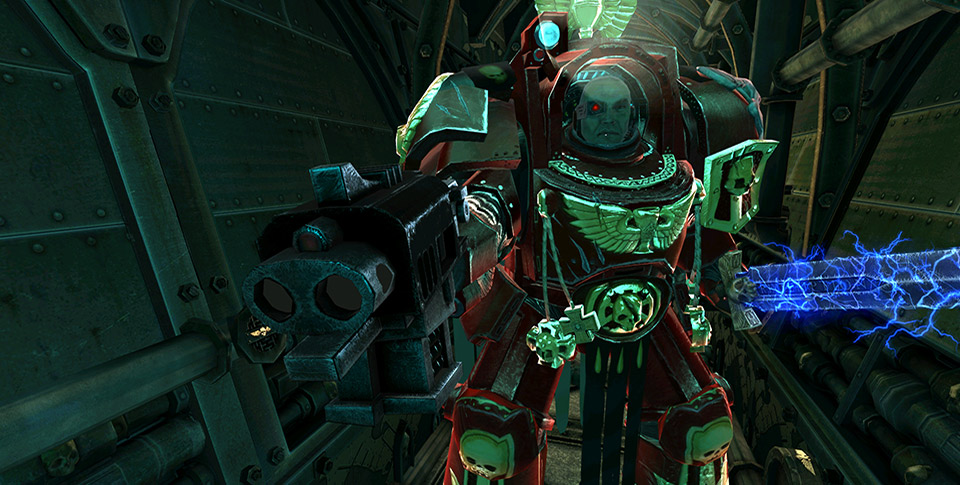 Developed by Danish studio Full Control, this latest video game adaptation of Space Hulk is a faithful recreation of the original board game. It’s a gripping turn-based adventure in which the action plays out before your eyes, and where you can never quite be sure what lurks around the next corner. 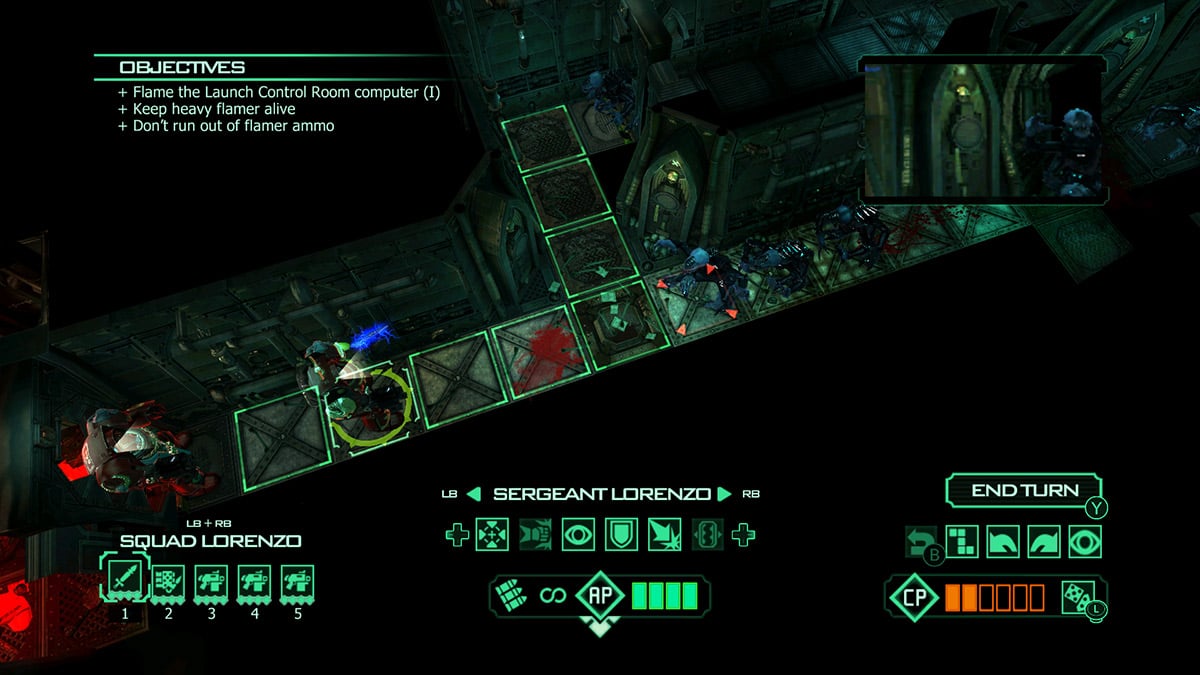 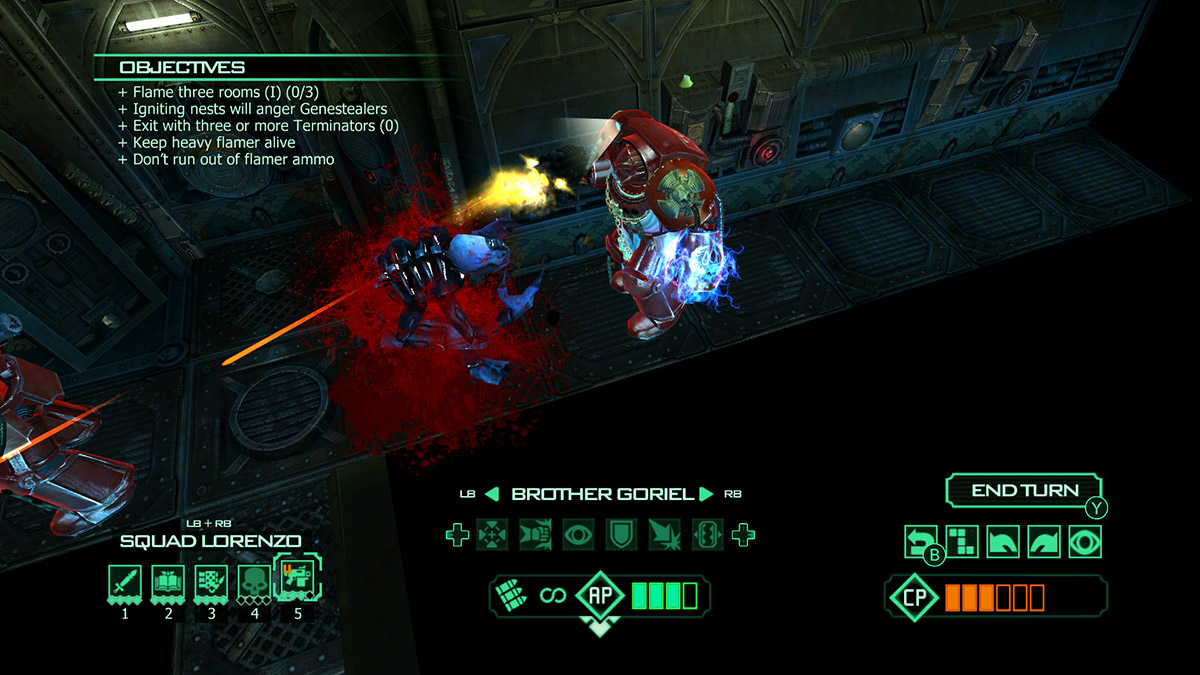 You’re in charge of a squad of Space Marine Terminators, futuristic medieval knights kitted out with powerful weaponry and heavyweight battle suits that can absorb huge amounts of firepower. Going into battle against unarmed aliens ought to be a walk in the park, but in this case they’re up against Tyranid Genestealers: six-limbed aliens that are fast, strong and very durable, as well as being vicious melee fighters that can make mincemeat out of any enemy once they get up close. If they were to meet on the battlefield then the Marines’ weapons would make short work of the Genestealers; in the confines of the Space Hulk, however, victory is far less certain.

Space Hulk’s turn-based action is nice and easy to get to grips with. Each Space Marine has four action points per move, enabling you to move them around, turn, open doors, get into position for battle as well as performing other actions, including clearing unwanted weapon jams. Adding an extra random element, though, are additional command points; you get up to six of those every turn, which your Sergeant can assign to any Marine in his commandment radius, and if a Genestealer is in line of sight then you can use command points during their turn, enabling you to react in the event of an unexpected attack. 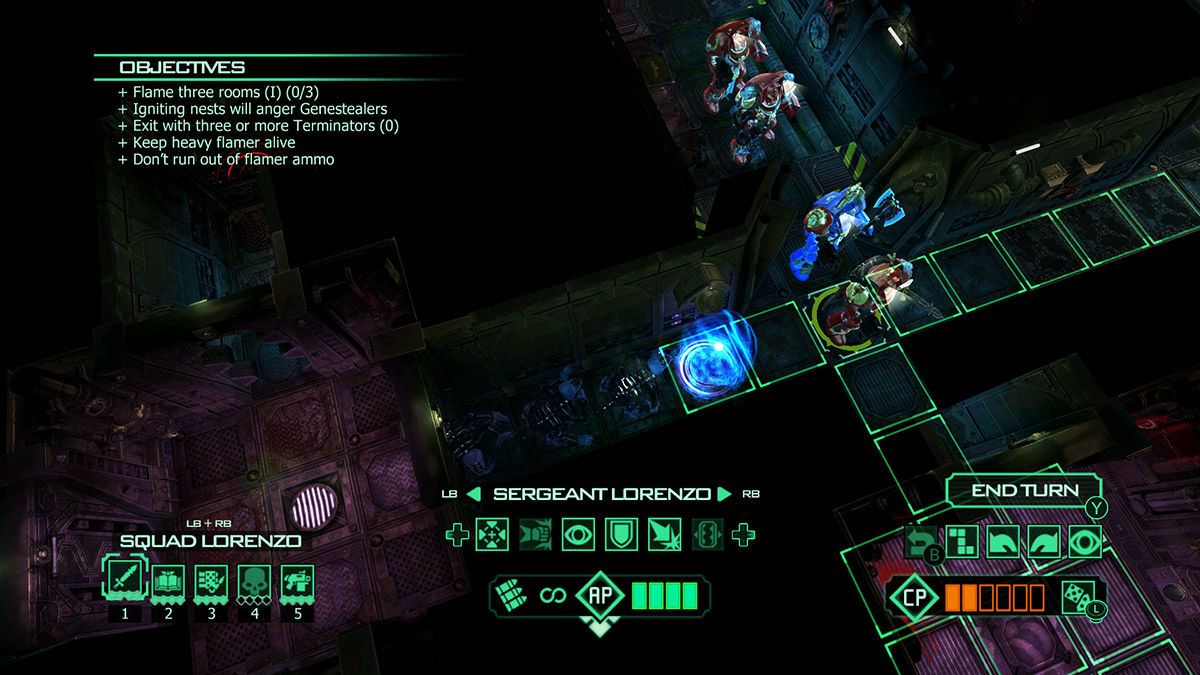 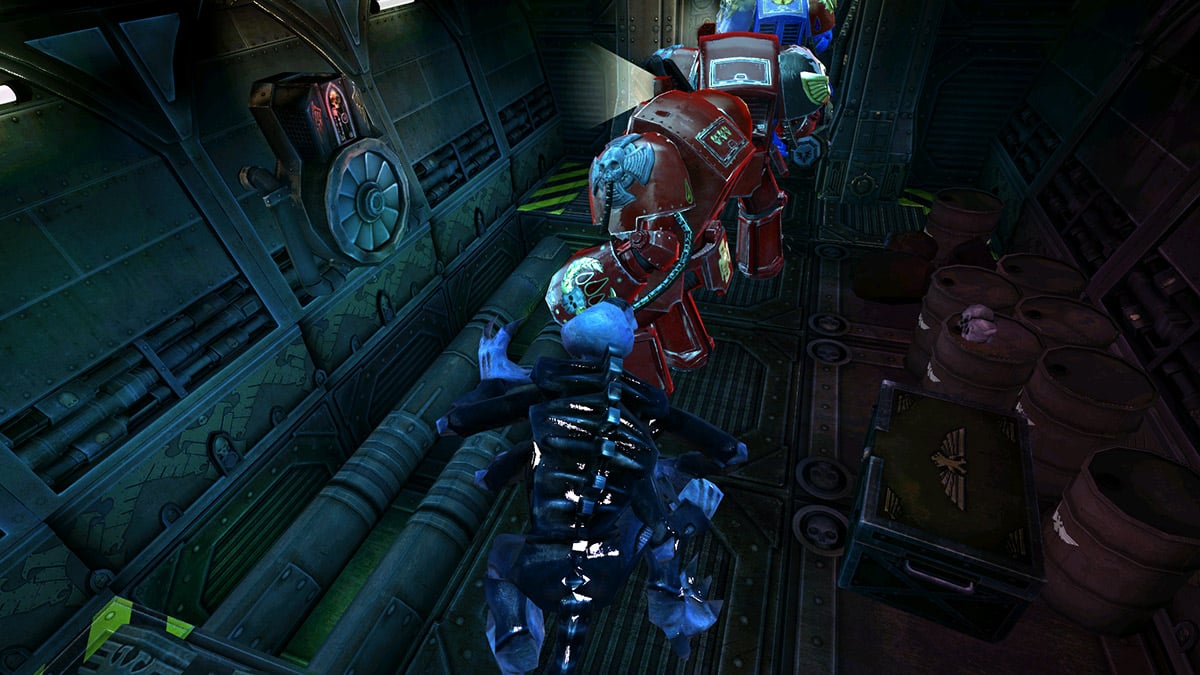 It’s a clever twist to the turn-based mechanic and absolutely vital, because the Genestealers have the Space Marines absolutely outmanoeuvred: they’re a lot faster and get more action points per turn, and it’s easy for them to outflank and overwhelm the cumbersome Marines, especially when they’re trapped single-file in one of the Space Hulk’s many tight corridors.

Little wonder, then, that the very first Space Hulk mission is called Suicide Mission. If you’re a first time player it’ll chew you up, spit you out and then lay its alien eggs in your face, and keep on doing it until you get the hang of moving your Space Marines around as a cohesive unit, providing cover for each other and anticipating the movement of the vastly more agile Genestealers.

The action plays out in a top-down view so you can get more of a feel for the layout of each mission. You also get a little first-person helmet-cam feed from the Marine you’re controlling, adding to the atmosphere and providing some quality frights when a Genestealer suddenly lunges at you from the darkness. There are 12 main missions plus three bonus prequel missions.

Space Hulk is now available to download on Nvidia Shield via Google Play for $14.99.