UPDATE: Wednesday, June 29th – 8:46 AM, PST: The latest game from SuperHippo is now out in the Play Store. The side-scrolling endless runner can be downloaded for free. The game does include optional in-app purchases. We have been eager to play this one, so we will let you know what we think when we do. If you are interested in the game too, the link can be found at the end of this article.

Plenty of color and charm leap off the screenshots for Don’t Be Squared. We know that SuperHippo Games, based on Pirate Legends TD, has the abilities to craft exotic and unusual game worlds. Even if the subject matter like pirates, or a game genre like endless runners has plenty of entries, we know SuperHippo will do something interesting with them. Based on what we have seen of Don’t Be Squared so far, the story and the game mechanic, where you draw clouds to advance your character will be interesting to play. 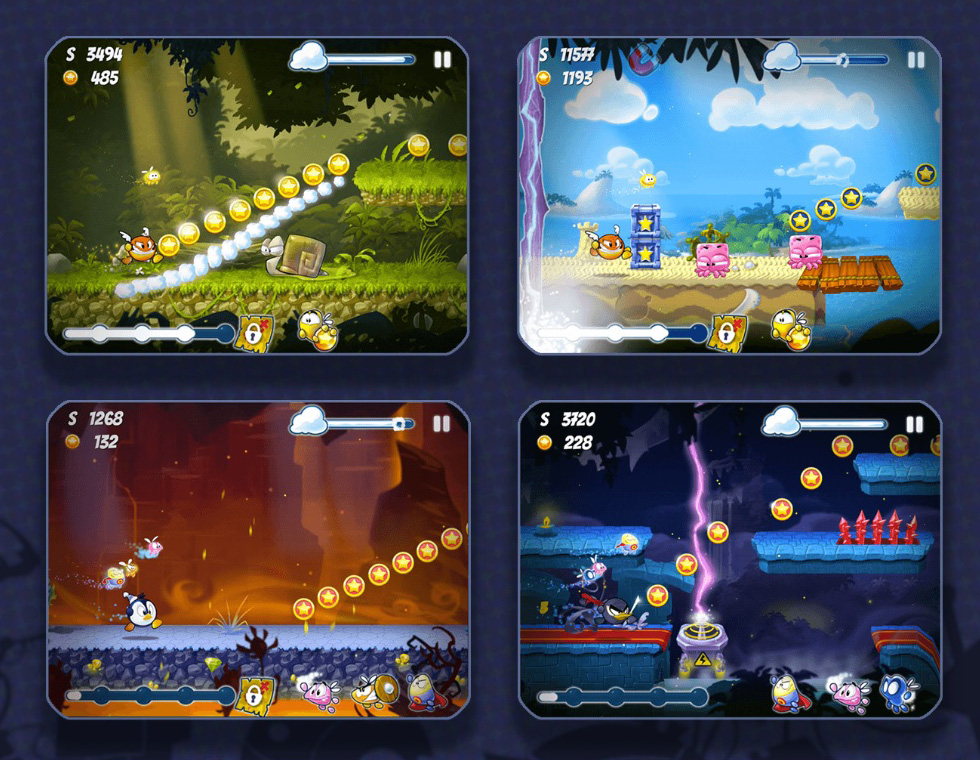 “Don’t Be Squared is an action-packed endless runner where you draw clouds to jump, bounce, fling, yank, smash and dash!” – SuperHippo Games

There hasn’t been a lot of details released about the game. There is a short trailer that shows a young boy playing fetch with his dog. The dog falls down a weird pipe and when he comes back out, the dog is square. The boy weeps uncontrollably. Fast forward a few years, you see the boy has changed into what looks to be a mad scientist, who has created all of these strange creatures, I guess, in hopes of finding a cure for his dog. At least that is what I gathered from the trailer. Either way, there appears to be a rich backstory, which has fueled this very creative environment that you will be able to explore at rapid pace.

There are plenty of platforms, dangerous obstacles, and enemies that you will face in the game. There are at least four different environments that you will visit: The Jungle, Sands of Tropico, Volcano Core and The Temple. The game will also include a pretty large cast of main characters and sidekicks.  The heroes include: Pengu, Ninja McDuck, Spikes and Short Round. The sidekicks are: Guardian Angel, Gold Digger, Praetorian, Puff Machine and Sumo. While the heroes are rendered adorably rendered, even if some of them appear with fierce expressions, the enemies on the other hand will prove to be tough to conquer. Flying Rat, Mad Scientist, Metal Chomper, Shrew, Shark Shelled Snail and Wild Hog are some of the enemies that you will be smashing and dashing as you attempt to collect the stars/coins in each environment.