Gather gold and XP, whether or not you’re actually playing this RPG, in Brave Diggers

Released by Reality Squared Games, Brave Diggers is a new casual RPG that’s now available on Android. In this game, players will be assigned a random character out of a pool of six possibilities, who have been transported into a sprite filled, two dimensional world. Once assigned a character, players will meet a mysterious samurai who will teach you how to wage war, and ultimately how to win the game.

Each character within the game, whether its the one that you are assigned or others that are recruited by players, have four main categories for stats. Speed (odds of landing a crit attack), Defense (blocking damage), Pure (character’s ability to do True Damage) and Dodge (evades attack). Each Hero that is recruited can be placed into one of five setups that are pre-configured, and can be built with one of those stats in mind, and make something of a squad that specializes in a given stat. The cap is five squads of five characters each, out of the more than 200 characters within the game. 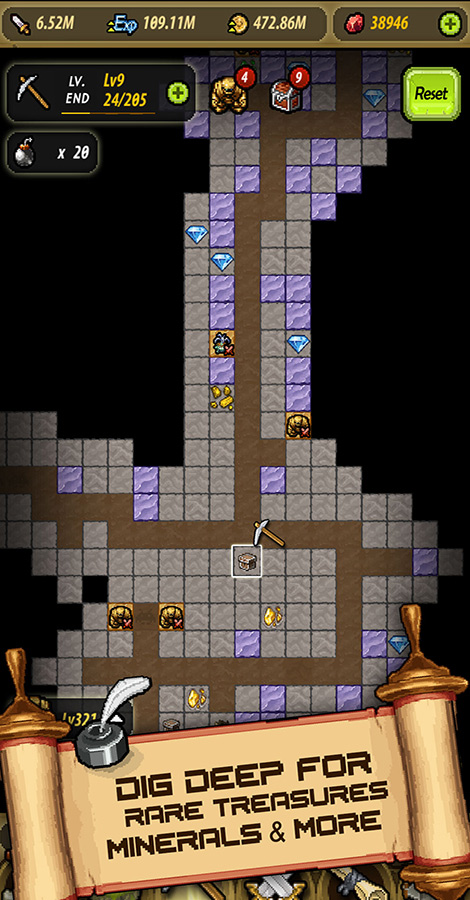 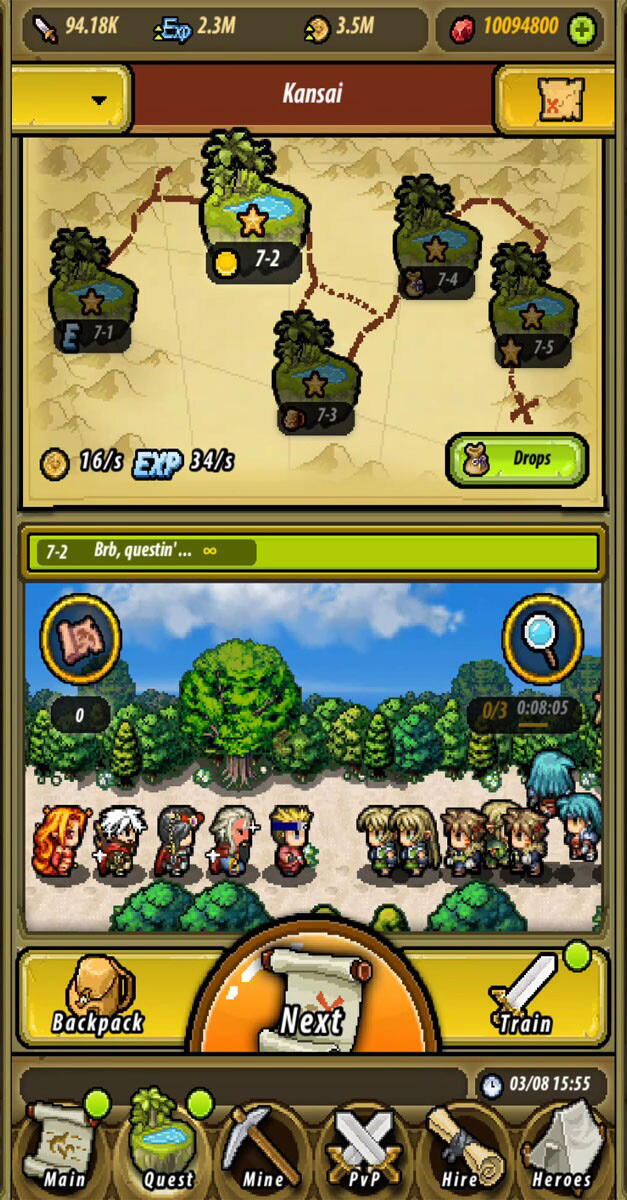 There is also a mine within the game, where digging within it can return resources for crafting and upgrading weapons, as well as Idols. The game also has a parody bend to it, taking jabs and various pop culture and manga references through it. In a nice twist, players’ characters will continue to gain gold and EXP in the background, so players can return to Brave Diggers at a future time and see how much work their characters have done while they were “out”. Brave Diggers is spread out over 55 different levels and also includes PvP.

Brave Diggers is currently available from Google Play for free, but also includes optional IAPs as well. Feel free to peruse the trailer below to see more of the game in action.