EA the juggernaut of publishers for mobile and console games, has released the latest entry into their basketball series. NBA Live Mobile is now available to download for free in the Google Play Store. The game looks and plays great. Upon playing it for the first time, it reminded me a bit of the old 2K Sports series  I enjoyed long ago.

EA has done a pretty good job of turning their console games into mobile games. The star on the cover of this year’s NBA Live Mobile is none other than Russell Westbrook of the Oklahoma City Thunder. I couldn’t help but look at the pained expression on his face on the cover. I then thought of the recent news that his teammate, none other than the dynamic Kevin Durant, now choosing to play with the Golden State Warriors, their rivals. I imagine that this is the same face he made, when he found out the news. Nevertheless, if you want to play basketball on your phone or tablet, this is the one that you should give a shot. It looks great, the controls are fluid and game has quite a bit to offer. 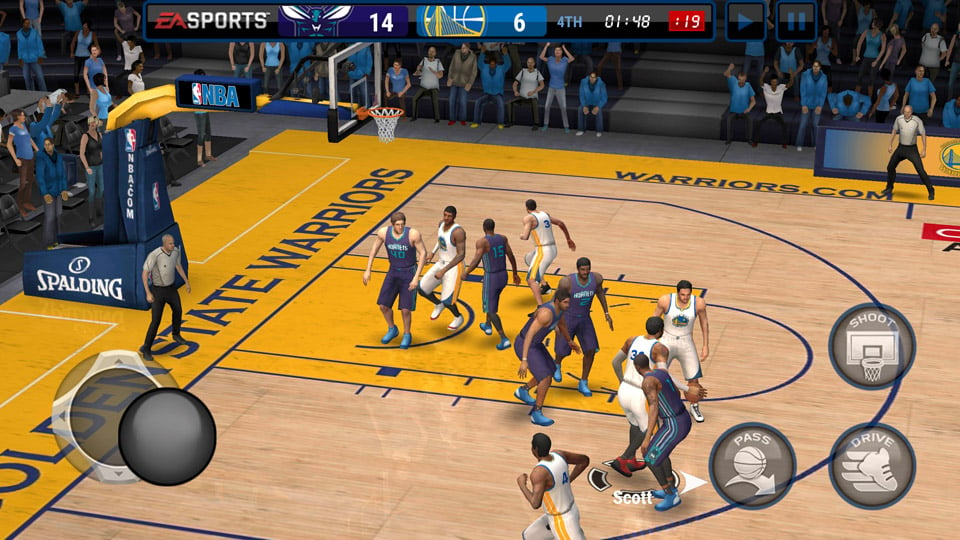 “Hit the court in the all-new EA SPORTS NBA LIVE Mobile. Build your team, dominate your opponents in 5-on-5 action, and connect with the NBA in live events 365 days a year. Capture the spotlight an build your legacy in the most authentically competitive basketball game on the planet.” – EA Sports

As I mentioned previously, the game looks great on your phone or tablet. The animations are good and the sound effects are a welcome addition. The sound of the basketball hitting the net, or the releasing of the springs when a player makes a dunk are spot on. Though controlling the players works relatively well, you may have to get used to how loose the control can be. If you have played similar games before, the learning curve shouldn’t be too difficult. 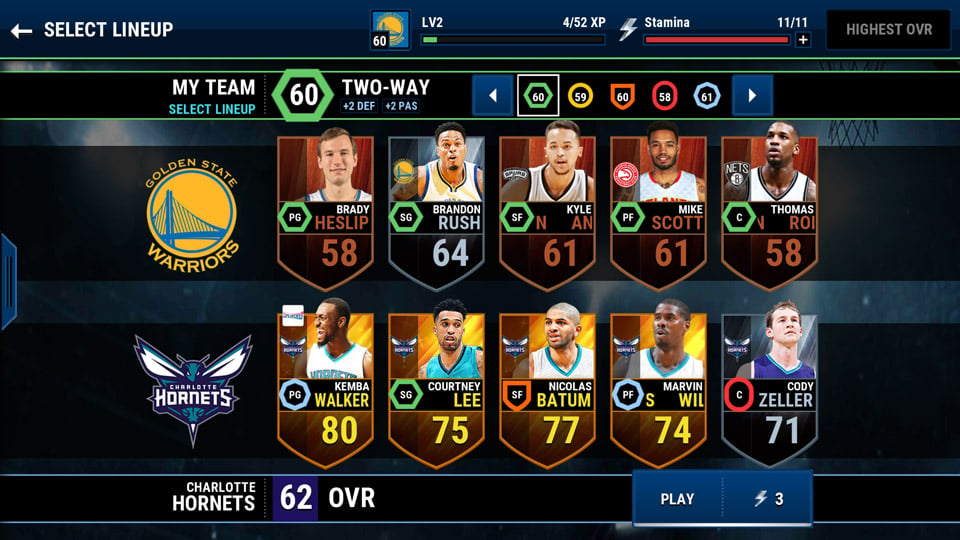 Building the right team is critical to your success. Every player has stats that you need to pay attention to, and you will want to switch out those players with lower stats. The first game I played was against the Charlotte Hornets. The Charlotte Hornets beat the Golden State Warriors. Granted, this was more than likely due to my poor skill at playing basketball games. It has been a while since I played one, but I can say, the game was enjoyable, even in losing.

The game revolves around having the right cards. Winning games allows you to gain coins and XP. You can use coins to purchase cards, which allows you the opportunity to gain better players. There are card bundles that you can purchase for 1,000 coins and above. As an example, the Tip-Off Bundle which can be purchased for 2,000 coins includes 1 Playoff player, 3 Gold or better players, 2 Silver or better items and 1 Bronze or better items. Keep in mind that the game is free to play. That means that you can spend your real cash if you like, to upgrade your team players faster. It will be interesting to see how far you can go in the game without spending money. The in-app purchases do stop just short of $100. Unfortunately, that is not very encouraging, and a lot of gamers stay away from games with such high in-game prices.

The options for basketball games on mobile devices are still quite limited, so NBA Live Mobile is definitely welcome in the arena. Let’s hope the gameplay is balanced with the in-app purchases. It would be a shame to see such a well-produced game go unplayed because of the monetization structure that was chosen from the outset. If you are a fan of the series or have played the game, let us know what you think. If you don’t like free-to-play games, then we probably already have a pretty good idea of your thoughts. Share them anyway.