Meet Superbugs, a game about the very real problem of antibotic resistance

Some games are completely fantasy in the theme they are based around, while other games are based off of real issues or subjects in the world. Superbugs falls into the latter category, with the game being about the very real problem humans face with the growing antibiotic resistance we are growing with each generation.

In this game players will be squaring off against superbugs, mutant bacteria that is especially strong against antibiotics. You will need to destroy said bacteria until a new antibiotic is created which can tackle it on its own. Not only does this new antibiotic have to be created, but the supply for humans must also be replenished before the superbug can be properly disposed of without you having to destroy it. 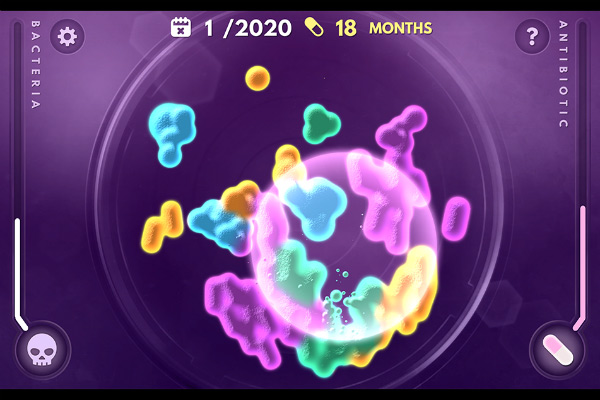 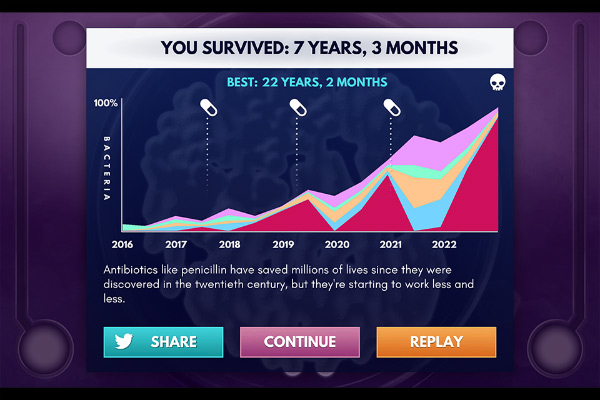 – Fun, intuitive, endless casual gameplay in a petri dish filled with colorful bacterial colonies.
– Stay one step ahead of the Superbugs to defend humanity against one of the biggest real-world threats we face: drug resistant infections/resistance to antibiotics.
– Kill bacteria with powerful antibiotics and watch them pop!
– Fight the rise of resistance in a game based on the biology of real bacteria.
– Research and roll out new drugs at just the right time to last as long as you can
– Learn about antibiotic resistance and the spread of resistant Superbugs.

Everything takes place within petri dishes filled with bacteria colonies. You’ll need to figure out how to destroy the bacteria within the petri dish, eventually turning what you find as an effective means of killing it into medicine humans can take. Along the way you’ll need to do research on the bacteria and try out different chemicals and other items to try and kill it.

Superbugs is available off of Google Play for free. The developers are still rolling out this game so if you don’t have access to it right away, give it a few as the game is still propagating throughout the marketplace.