Duck Hunt was one of the original Nintendo games for the NES way back in the day. Since there there have been a number of different versions and spin-offs of the classic Duck Hunt game. Brutal Studios have released their own version called Duck Hunting 180° which expanding the area in which you can shoot ducks in.

This particular version is a bit simpler than the original, not that the original version was overly complicated or anything like that. There’s no smart ass dog in this one. All you have to do is aim and shoot when the ducks fly up into the sky. The difference, however, is that you can pan your viewpoint/viewing area 180°, hence the game’s name being Duck Hunting 180°. 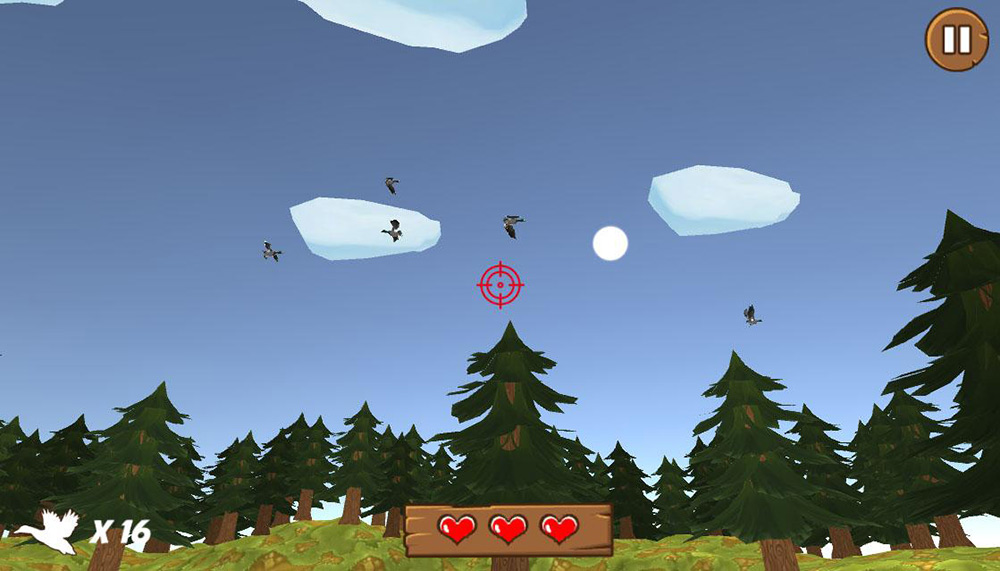 – Tilt your device up, down, left, right to scan the sky for incoming ducks.
– Simply aim your scope on the birds and tap to shoot.
– Try to shoot as many ducks as you can and submit your score.
– Try to unlock all the achievements.

Duck Hunting 180° is available off of Google Play for free and doesn’t contain any IAPs either. You can check out the game’s trailer below. You don’t need any sort of VR headset for this game.