[Update: Game Released] Mi-Clos have revealed their next addition to their Out There franchise and it will be arriving this Summer

Update: July 7th, 2:25 AM, PST: It has only been a few days since we reported on Mi-Clos’s next expansion into the Out There series. The latest game available is Out There Chronicles. If you enjoy gamebook adventures, this will be a nice collection to your library. Out There Chronicles is available to download for $2.99 and there are no in-app purchases. If you are interested in checking this one out, the link to download the game can be found below.

Update: July 4th, 10:04am PST: Our friends at Mi-Clos have announced a release date for their upcoming Out There Chronicles game for mobile, as well as the game’s first trailer. For those of you waiting for this game, you’ll be able to grab a copy this week as it will be arriving this July 7th, 2016. You can check out the new trailer at the bottom of this article.

Rather, you awaken on a planet called America, which has been colonized by people who’ve fled Earth for reasons that you are unaware of. This game is slated to tie into the story of the original Out There, even though it occurs several million years before it, and will address questions relating to both the origin of the Arks, as well as what the Cubes are. In a bit of a teaser though, they mentioned that they will leave other questions unanswered. 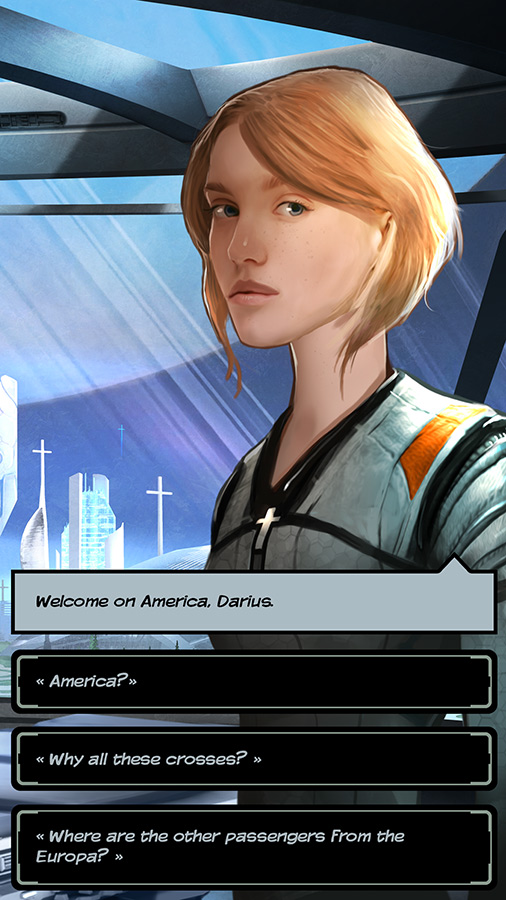 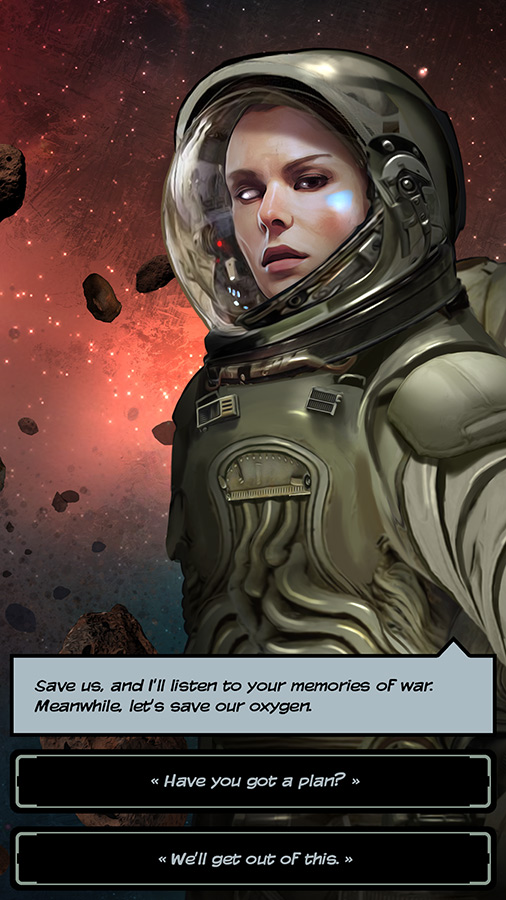 Out There Chronicles Features:

– 80 achievements
– An interactive sci-fi graphic novel written by FibreTigre (Out There)
– A complex dialogue system: your choices can have consequences later in the adventure
– Master the alien language and discover their cultures
– Stunning, varied environments
– Develop relationships with an array of complex characters
– Revelations on the Out There universe
– A dead simple, accessible interface
– Magnificent illustrations by Benjamin Carré, the French master of science fiction
– Captivating music composed by Siddhartha Barnhoorn (Antichamber, Out There…)

Players will need to exercise both wit and diplomacy to attempt to survive, as choices taken in dialog will impact later portions of the game. There are other hurdles that need clearing, such as mastering alien languages and relating to a variety of characters where not all of whom are as friendly as they appear. 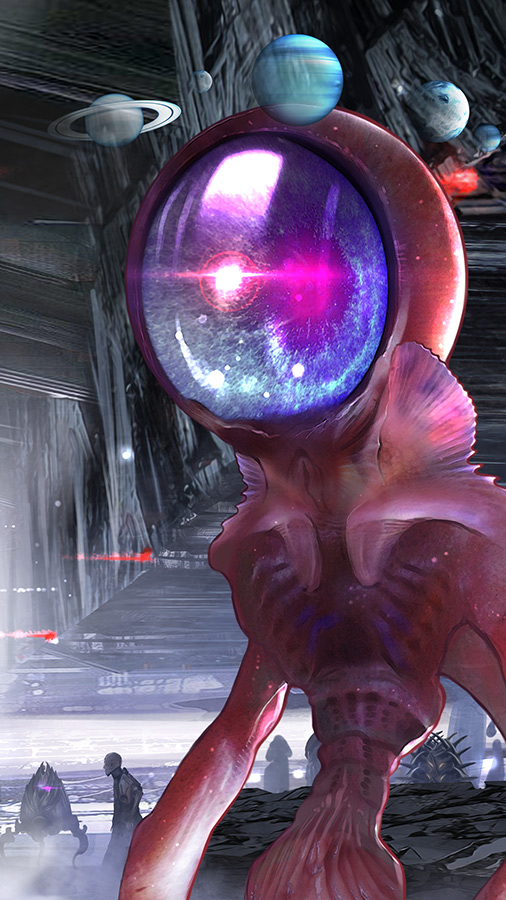 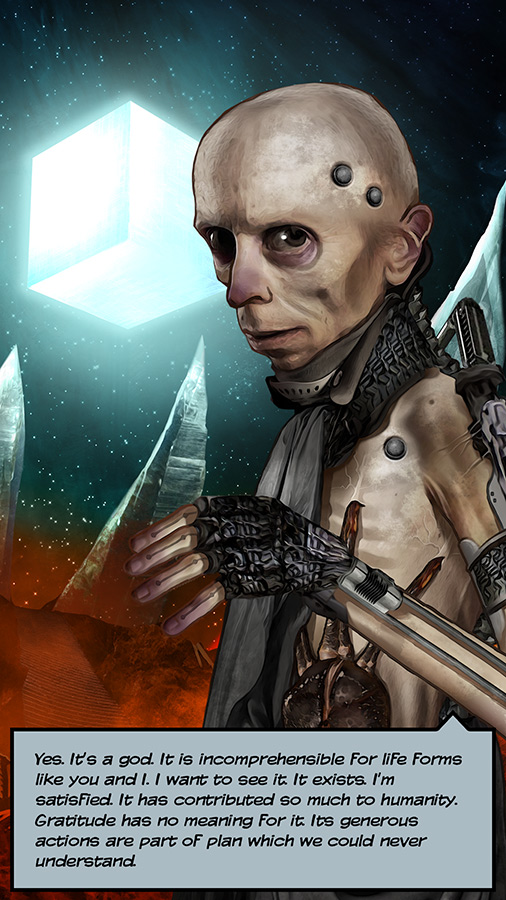 Fans of the Out There series won’t have to wait too long for Out There Chronicles to arrive. While there isn’t a specific release date announced as of yet, Mi-Clos Studios does have a Summer 2016 launch time frame for this game. No word just yet on pricing either. When we learn either of those two details, we will post an update. If you haven’t tried any of the other Out There games, you should give them a go, they are quite good.