Despite the humorous intent, the aforementioned memes do present a measure of honesty about the experience that awaits players. Pokémon GO will lead gamers to unexpected places, and having spent three hours playing the game, I nearly found myself some place I never expected; the memorial marker of heroic firefighter, Jess Mclean.

In order to get the most out of Pokémon GO, players must be willing (and able) to travel to find different Pokémon types, gyms, and Pokémon stops. As such, I spent more time locating gyms and stops in my area than I did catching Pokémon. As I followed the game map, checking off different stops, I was alarmed when I tapped a particular Pokémon stop, only for it to reveal what appeared to be a grave marker. 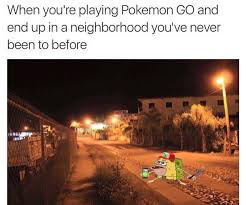 After a bit of research I learned that the site in question was a remembrance memorial for Jess Edward Mclean, a firefighter that died in the line of duty during the Esperanza Fire of 2006. Somehow, that knowledge did not bring me any relief or comfort. I remained disgusted and saddened that a space that should entreat visitors to be respectful had instead been designated for the frivolity invoked by a fictional world.

[UPDATE]: It has been brought to my attention by the readers of this site that Niantic Inc., the makers of Pokémon GO, rely on user submitted portal data from the Ingress database to assign local landmarks as pokéstops. Be that as it may, there is an urgent need for Niantic Inc. to improve their QA process to make sure that hallowed grounds aren’t included as spaces where people will play this game. 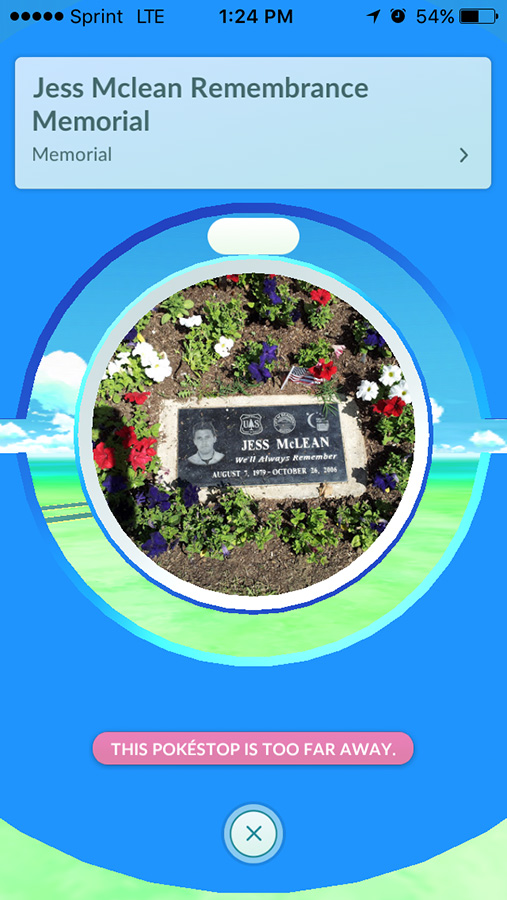 Jess Mclean was one of five brave firefighters of Engine 57 whose life was claimed by the Esperanza Fire. The fire in question was an act of arson, and the arsonist, whose name is undeserving of mention, was consequently charged with the murder of the heroes of Engine 57. Jess Mclean and his family deserve respect. Jess Mclean’s memory should be honored. And playing Pokémon around Jess Mclean’s memorial just isn’t acceptable.