Set off as many fireworks as you can in Hanabi Party, now out on Google Play 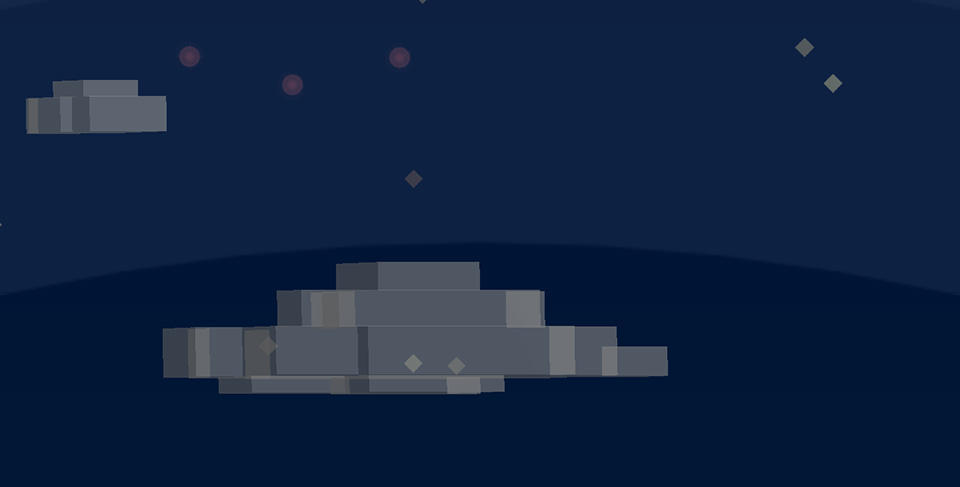 Released by Senshu Artware, Hanabi Party is a new casual game about fireworks. In this game, players will watch and wait for fireworks to be launched into the air, from behind the landscape at the bottom of the screen. As they fire into the air, players will attempt to tap on them, before they reach the top.

When successful, the fireworks will explode into any number of different patters. And as they explode into smaller pieces (that show contrails), tapping on those before they fade will trigger successive explosions, thus awarding the player bonus points. The challenge comes from the fact that the fireworks will traverse upward with both differing speeds, as well as diverse patterns that range from a fairly strait path, to one that’s quite windy; it’s not uncommon to see multiple fireworks being launched in rapid succession either. 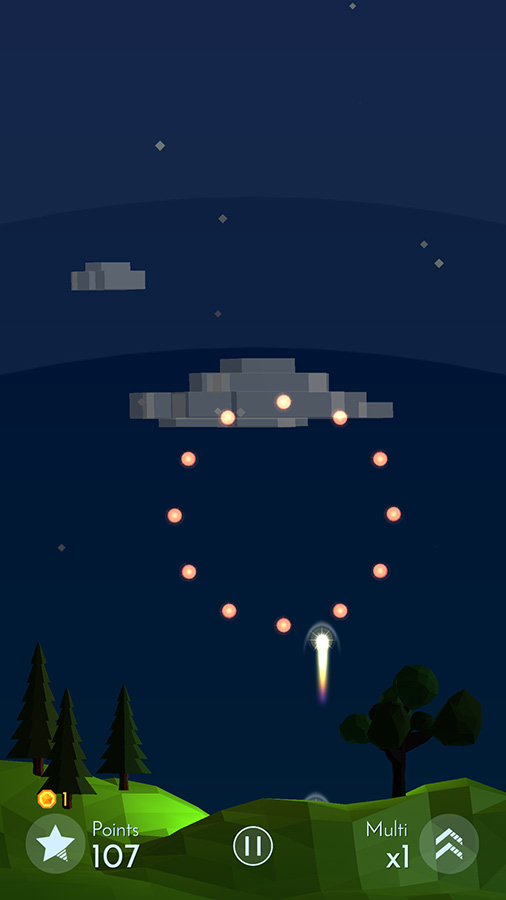 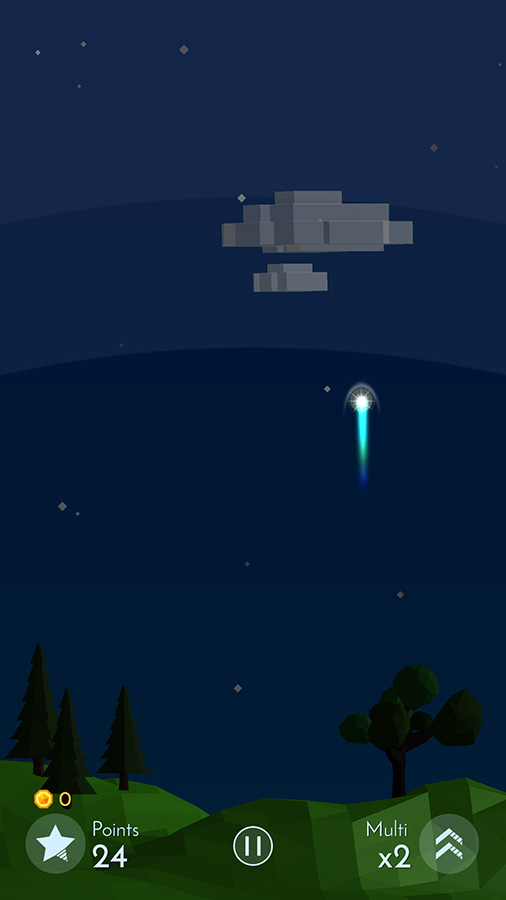 On occasion, power-ups are left behind the explosion, which may grant powers such as immunity to the game ending (when a firework goes untapped), or causing the fireworks to be difficult to spot, or coins can be left behind as well. The game uses a low poly visual style, so everything is a bit on the block-y side. all told, there are more than fifty different firework patterns, an online leaderboard, and achievements.

The game is available for free from Google Play, and includes optional IAPs for those who want to purchase additional patterns of explosions. They can also be won at random by collecting enough coins. Prospective players should check out the trailer, to see the game in action.