Cartoon Network has decided to release a new game today called Card Wars Kingdom. This particular game is a mix of strategy and TCG gameplay that features a lot of the different characters from shows on the Cartoon Network, mainly from Adventure Time.

Players will be assembling a team of characters which they will then use to take on other teams. Between those characters and the cards you have, which consist of spells, landscape cards, and other abilities, you’ll be trying to win each round of combat. Each card has their own stats which you’ll need to pay attention to, and combining them with the right combination of characters will also help. At the start you’ll need to pick your hero, whether it be Finn, Jake, BMO, or someone else. 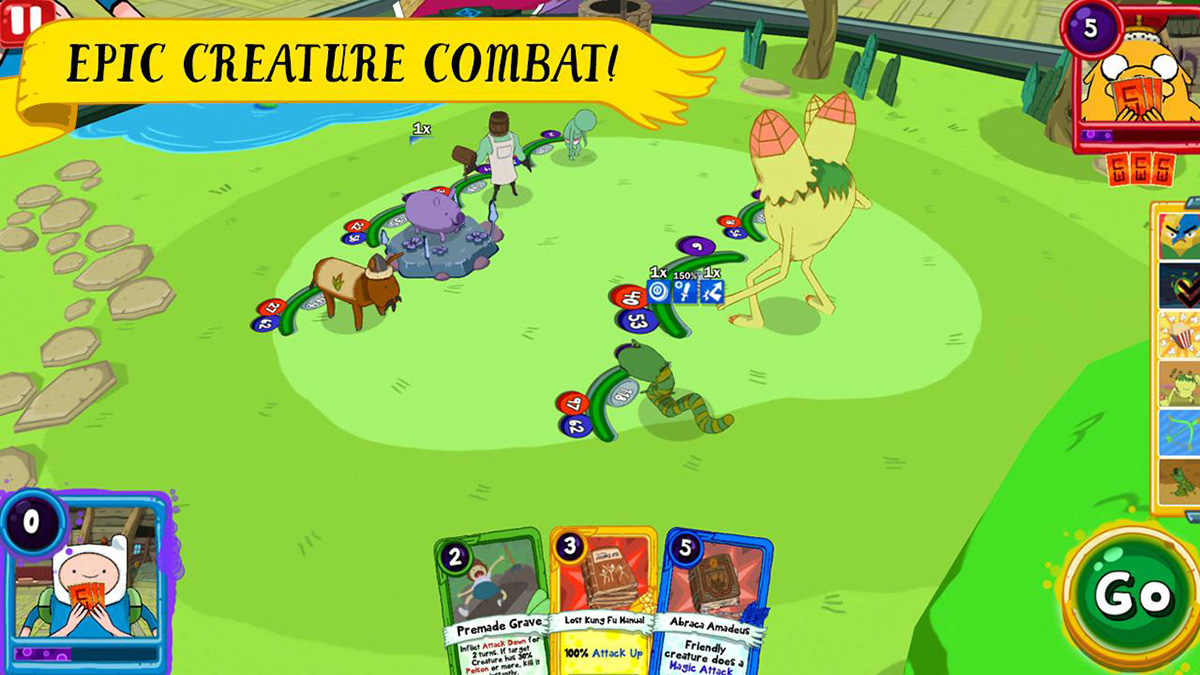 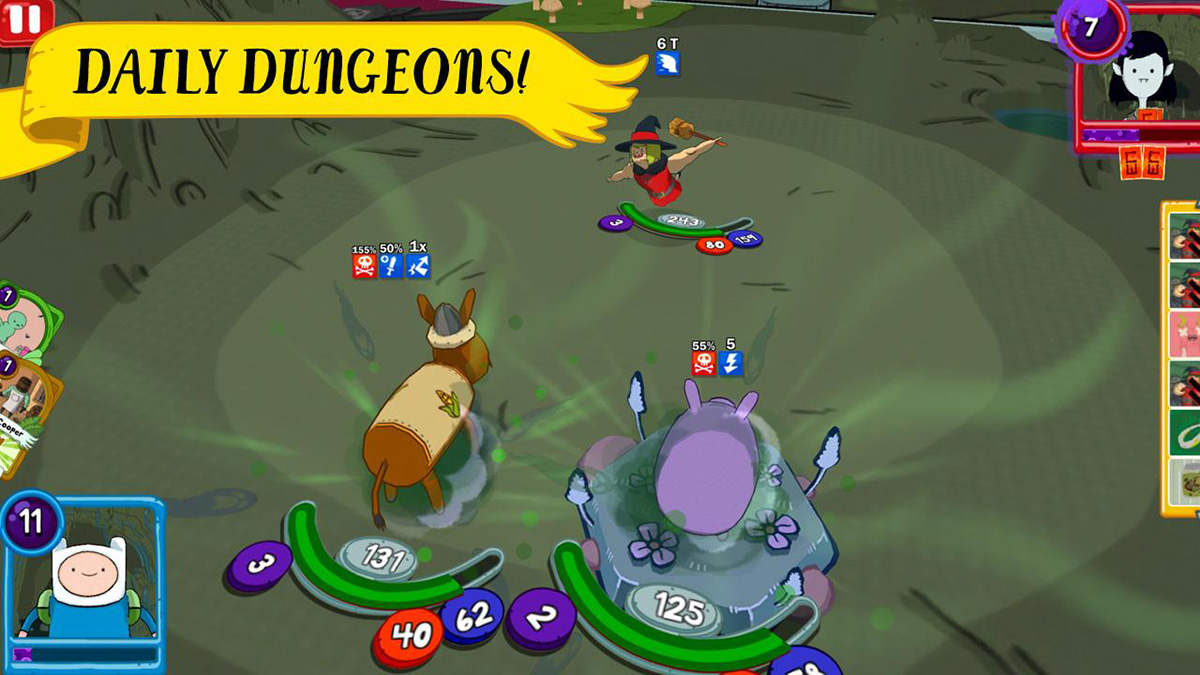 – Unleash the power of spells, landscapes, and floops
– Play your friends in PVP battles!
– Share your creatures to earn righteous rewards.
– Borrow helper creatures from your allies.
– Collect hundreds of creatures, including Husker Knight, Cool Dog, and the Pig!
– Level up to unlock new cards and abilities.
– Fuse creatures together to make them even more powerful.
– Play as Finn, Jake, BMO, Princess Bubblegum, Marceline, LSP, and more!
– Each hero has game-changing special cards.
– Discover new heroes in the Card Wars Kingdom.
– Test your skills in the Strike dungeons.
– Face daily dungeon challenges.
– Earn rare cards and loot from across the kingdom.

Both your cards and characters can level up to become stronger, and you can also fuse cards together to create stronger versions of them. So there is a lot of your standard TCG mechanics that come with this game. Eventually you will unlock more cards and heroes as well to customize your team with. There’s also multiplayer PvP in case you want to challenge other people.

Card Wars Kingdom is available off of Google Play for free and does have optional IAPs as well.