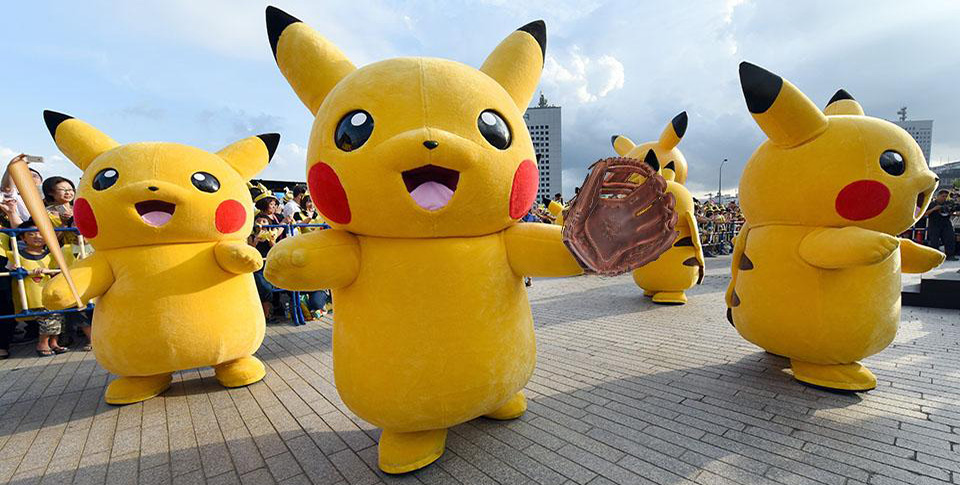 To start, the crown for the most popular mobile game in US history, and probably the world soon, is now sitting on top of Pokemon GO’s usually furry head. This is an impressive feat considering the game hasn’t even been available for a full two weeks.. Some of the previous winners of this title include Candy Crush, Draw Something, and Clash Royale. This little fact came from the fine folks over at SurveyMonkey. I’m sure this game will also take the Worldwide Most Popular Mobile Game title when it gets a more global launch. It’s now just been released in the UK as of today. The numbers? 21 million+ daily active users. This puts the game neck-to-neck with apps like Snapchat and Google Maps for daily active users. 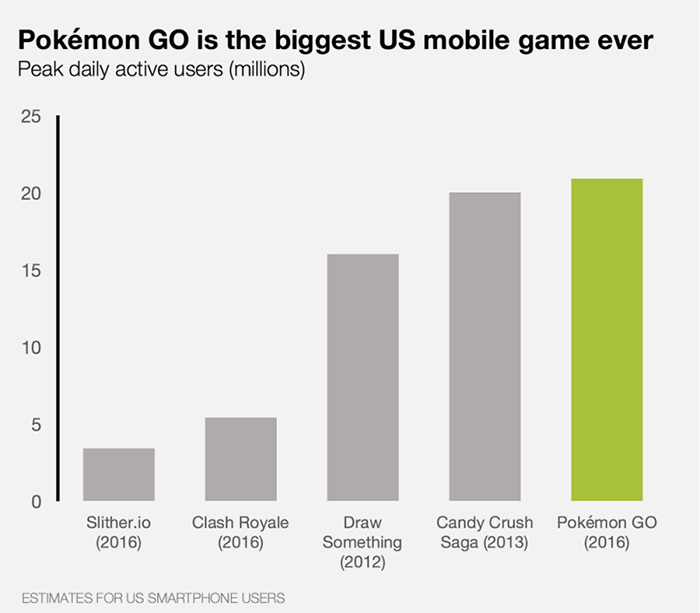 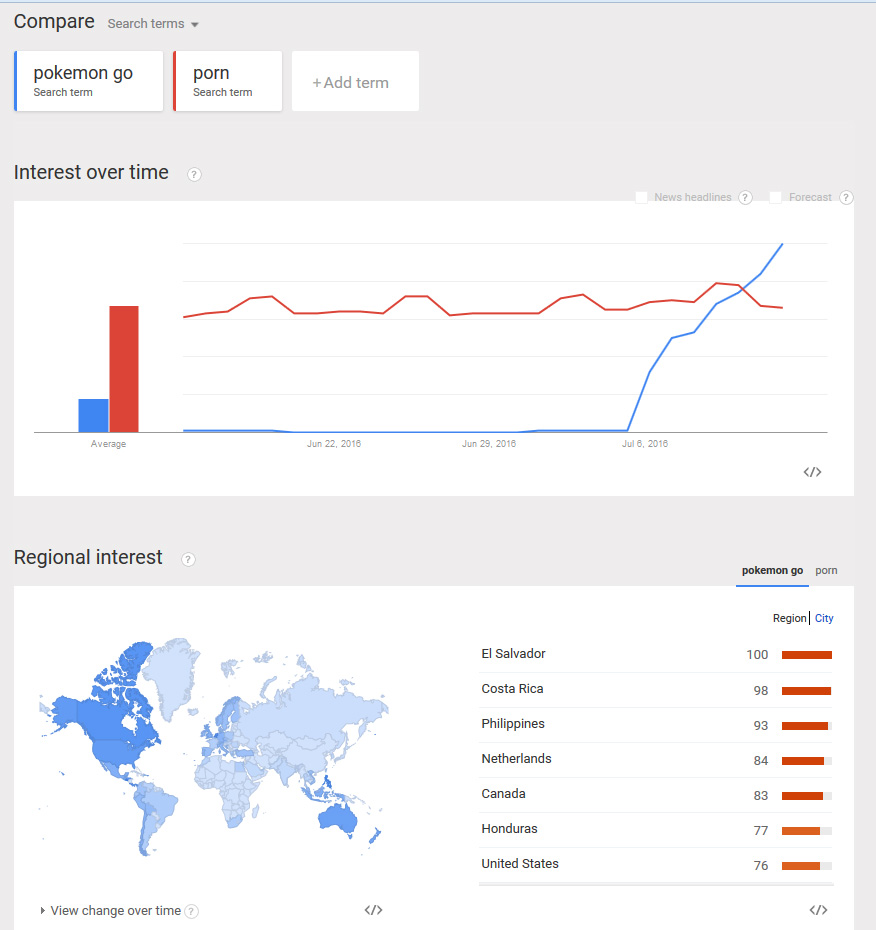 Another analytics company, Decluttr, decided to draw out a map of the US states and the most sought after Pokemons for each of those states. The results? There are a few fan favorites that show up in a few states, while others seem to favor one random type. Coming in at first place as the most popular Pokemon being searched for, and absolutely no surprise here, is Pikachu. For some unknown reason, Eevee is the second most sought after Pokemon in the US. Third place is also taken up by another somewhat obscure Pokemon, Ditto. 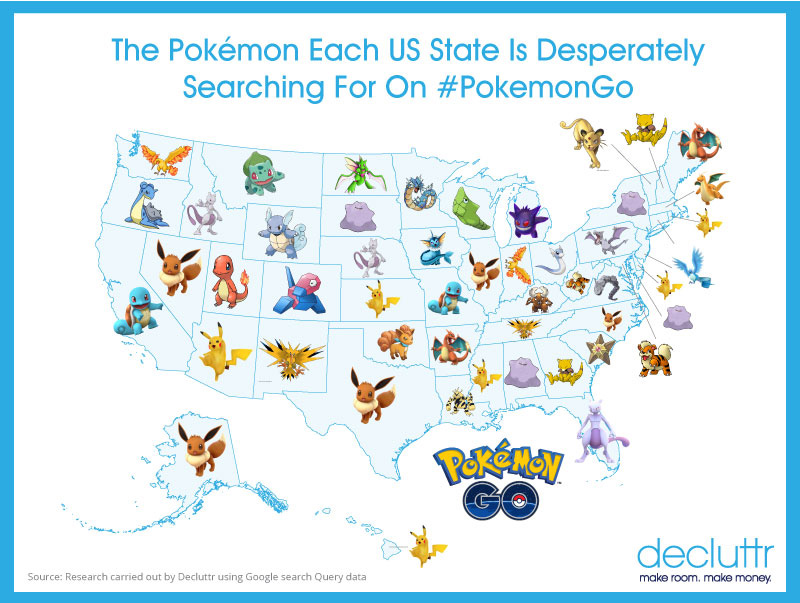 Run a physical place of business? Niantic Labs is now accepting submissions to have your place of business be represented as a gym within Pokemon GO. Small businesses have already been receiving huge boosts in sales because people are camping out at these locations because they are gyms. So Niantic will be using this to their advantage by offering businesses a chance to become a gym, for a fee of course. There would also be Sponsored Gyms, which are pretty much as they sound. So far code has been found within the game that is pointing to McDonalds being the first company to possibly to have Sponsored Gyms. Smaller companies can still get in on the gym action but submitting their requests to Niantic Labs Support page.

Don’t want to see the ridiculous onslaught of Pokemon GO related articles and stories on the internet? There’s a Chrome Extension for that! Developer Jamie Farrelly has released a new extension called PokeGone which filters out any content that is related to Pokemon GO when browsing the internet through Chrome. Of course it isn’t 100% accurate but it will block the majority of content that you would otherwise end up seeing about Pokemon GO.

Find something else interesting about Pokemon GO? Let us know in the comments below!