Don’t Starve’s developer Klei originally teased a possible mobile version back in 2014, then again in 2015 for iOS. However at that time it was stated that an Android version may be unlikely, although that too eventually changed, with Don’t Starve having a planned release date for Android this September. Now it seems like the game may be arriving much sooner that originally thought.

For those of you not familiar with this game, Don’t Starve is a survival game with a rather unique art style to it. Players will be going around exploring procedurally generated environments, collecting different items that they will need to survive longer in this game. This ranges from food to materials to make items and weapons. However, the lands you are exploring are filled with different creatures, a lot of them being nasty monsters that look at you like a delicious meal. 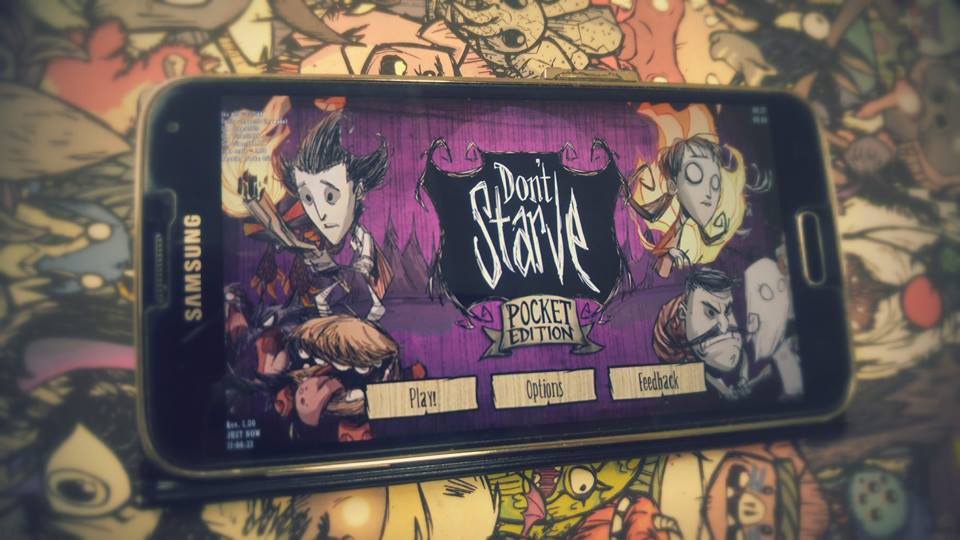 Not only do you have to deal with monsters and other issues like making sure you have food and a weapon to protect yourself with, players will also need to deal with a variety of other problems. This includes things like keeping your character’s sanity in check and dealing with issues related to weather. Obviously this makes for a pretty entertaining time, whether playing solo or with other people.

Klei took to his Twitter account to post a pic of Don’t Starve on a Samsung phone, stating “Sorry, that site says Don’t Starve #android is coming in Sept. It’s not.  It’s much sooner 😉 #surprise”. Needless to say, this is pretty awesome news, especially if you are already a fan of the game. Unfortunately, no specific release date was mentioned, but it must be really close to launch for Klei to state this on Twitter. We will post an update once we learn more about when Don’t Starve will be launching.

.@Sithedeep Sorry, that site says Don't Starve #android is coming in Sept. It's not.

It's much sooner 😉 #surprise pic.twitter.com/ONYXyBxCs9