This has been a great year for comic book fans. Movies like Captain America Civil War and Deadpool were well received by fans. Up next on the list is Suicide Squad. The cast boasts a few well-known stars, and the action is sure to be over the top. The movie comes out August 5th, but if you want to get into some action with the game, it is now available to download for Android. It is a first person shooter, has slick graphics, good controls and tons of enemies to fight.

Some of the actors cast in the movie include: Will Smith as Deadshot, Margot Robbie as Harley Quinn, Viola Davis as Amanda Waller, Jared Leto as the Joker, Joel Kinnaman as Rick Flag, Jay Hernandez as Diablo and Karen Fukuhara as Katana. Don’t worry, other characters such as Killer Croc, Enchantress, Slipknot, and Boomerang are in the film as well. In the game, Suicide Squad: Special Ops, you will have the opportunity to play three different characters. They are Deadshot, Harley Quinn and El Diablo. They each have their special skills and weapons, so you can fight off wave after wave of enemies. 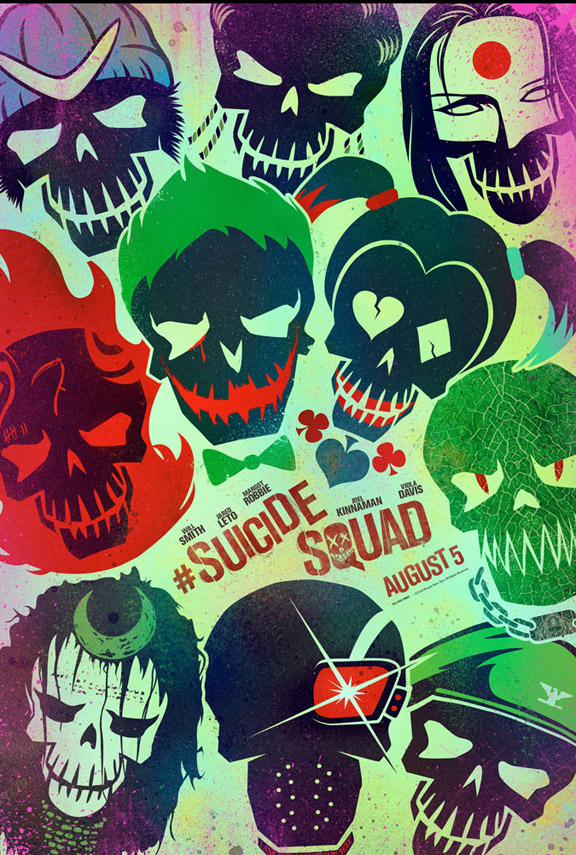 “In this official Suicide Squad film game, you have been selected to lead a special task force comprised of highly dangerous incarcerated Supervillains. It is up to you and your squad of anti-heroes to defeat the horde of enemies that try to stop you.” – Warner Brothers International Enterprises

Since the game is being published by Warner Brothers International, you can expect some pretty good graphics and solid controls. Warner Brothers also has Mortal Kombat X, Batman vs Superman, Injustice: Gods Among Us and WWE Immortals, as well as a few LEGO games in their catalog too. They know how to produce polished games and Suicide Squad: Special Ops is no different. 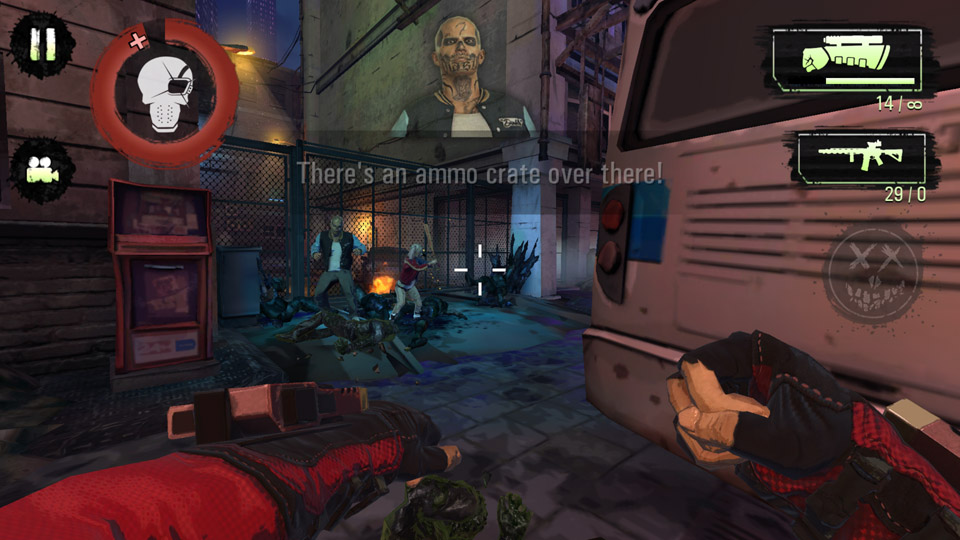 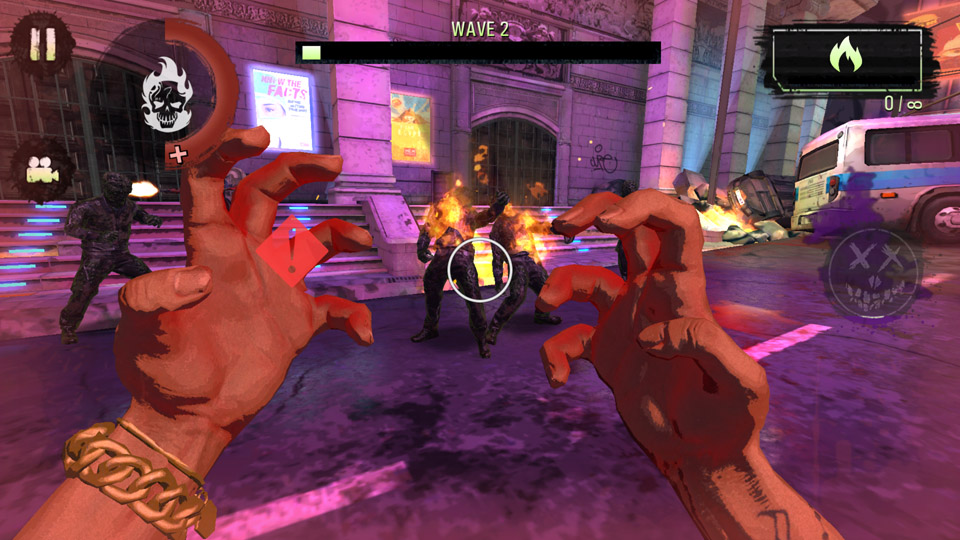 The initial screenshots of the game look good, but they really don’t do the game justice. Everything is awash in vibrant colors and the game is set in some creepy environments. Once the enemies start rushing in, you get the sense that this is a mission gone horribly wrong. Fortunately for you, you have a few weapons at your disposal. The enemies come quick, so it is helpful that the controls in the game are good.

You use one side of the screen for aiming, and the other side of the screen for controlling the movement of your character. The firing of your weapons is done automatically. This makes things a bit easier, and is helpful since the game moves at a quick pace. As mentioned before, the enemies come in waves. You have to survive the set of waves before you move to the next area. As the next wave begins, you can choose between Deadshot, Harley Quinn or El Diablo, unless one of your characters dies. Then you have to fight with your remaining characters until no one is left.

I have been impressed with the game so far. FPS games on mobile devices have come a long way, but they are still hard to get right. This one feels right so far, and it is primarily because of the fluidity of movement. The special abilities in the game are enjoyable to use. El Diablo thus far, seems to be the easiest to play with. Since weapons fire automatically, it is easy to use his pyrokinesis ability, as he throws flames at his enemies. His special ability sends out a moving wall of fire, once the meter fills up. Deadshot has an assault rifle and his wrist mounted guns. Harley Quinn has a baseball bat and magnum revolver. The variety in the characters’ abilities keeps the gameplay interesting. 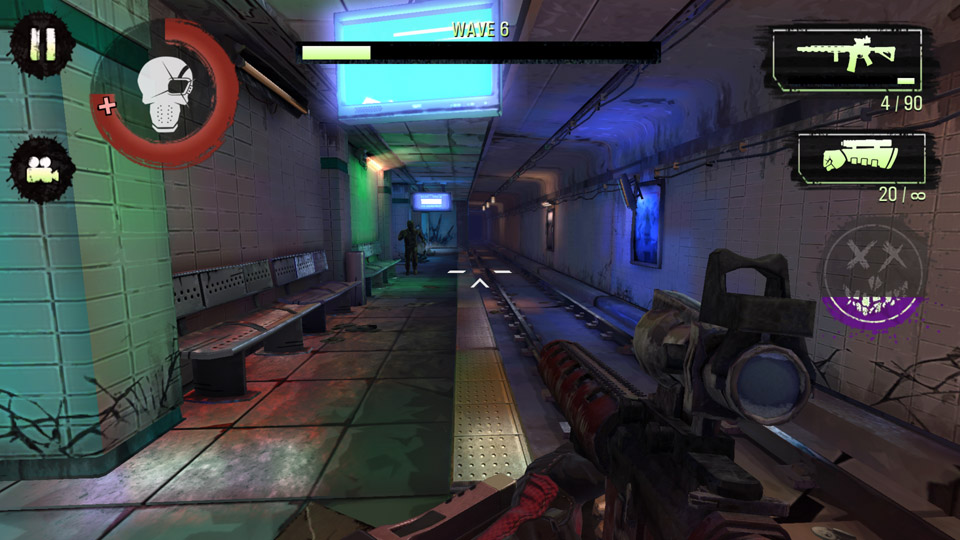 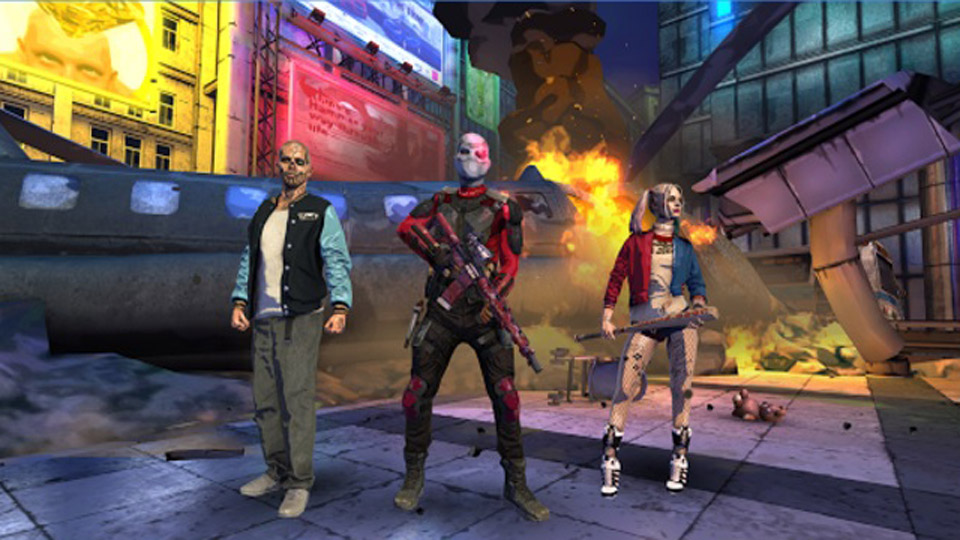 Suicide Squad: Special Ops is a free to play game. Fortunately there are no coins, timers or an in-game store. This game is truly free-to-play. The only downside to the game that I see so far, is that there isn’t a cloud save option. It does appear to be integrated with Google Play, but once you die, you start back at the beginning. That could mean that the game isn’t necessarily long. That’s not a bad thing, but I would like to be able to pick up where I left off, instead of starting over at the beginning of the game. This could be changed in an update, but we will have to wait and see if Warner Brothers has plans for that. You can also record and share your gameplay via social media.

If you are interested in the Suicide Squad or are eager to see the movie, this game is definitely worth checking out. If you like FPS games, this one should hold your interest for a little while. It is all about the high-score, so see how far you can get. The difficulty doesn’t take long to ramp up either, so make sure you aren’t caught flat-footed. Target, staying on the move and your special abilities will keep you alive on a mission you aren’t expected to survive anyway.