There’s a new game upcoming from the developers of Card Crawl. According to their Twitter account, they have another game in the works that is yet unnamed. Apparently, players will be assuming the role of a vendor who specializes in potions, and players will be tasked with concocting custom elixirs for customers. 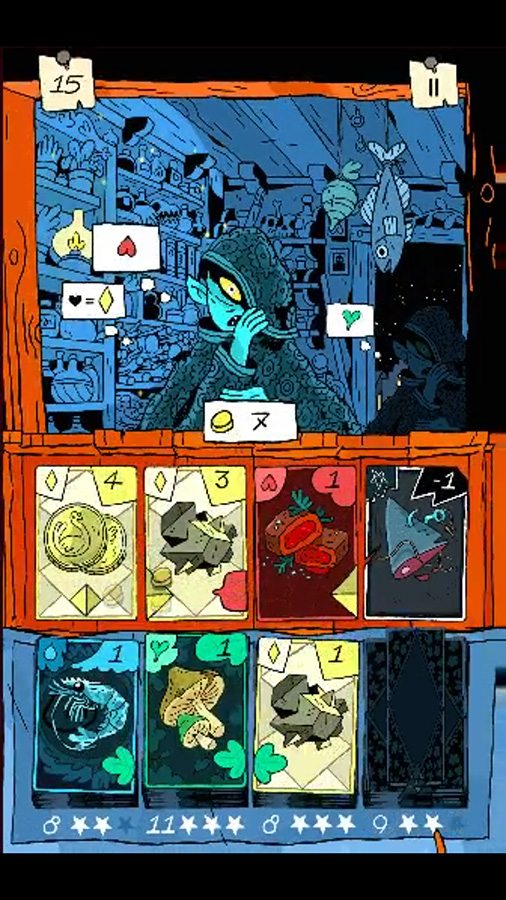 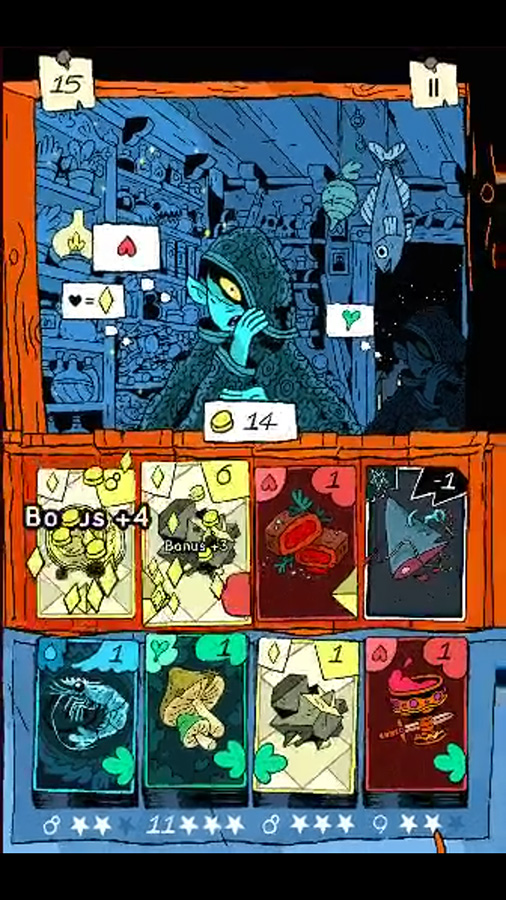 The more mixing and matching that is done, the higher the value of the final product. All of this will be done with cards that appear to parallel your run of the mill playing cards, in terms of both having a particular suit (heart, droplet, pentram, etc) and a numeric value. So as customers come up to the vendor’s window, players will look to match the desired potion by moving cards into play, from what’s available from their bank of cards, hoping to achieve the desired combination that will create the potion in question.

There is no specific release date or pricing mentioned in the tweet unfortunately. If Card Crawl is any indicator though, it’ll be free to install with a single IAP to unlock the full game, ringing in at around $2.99. You can check out the Tweet/animated gif below.

I should also teaser that @ThomasWellmann and i have another little card game in the works! #screenshotsaturday pic.twitter.com/XgzJGtw8rZ