Gamer Gripe Corner: Customer Service is as important as the game you develop Elex

We are going to be starting a new series of articles, it’ll be a weekly series, where Android gamers will be able to write in to us expressing their gripes and complaints towards a particular game, developer, or just something about the industry that has them bothered or angry. It’ll be a pretty raw series of articles, where you’re free to express your thoughts about something without the worry of any censorship or anything like that.

This is the first article in this series and it pertains to customer service. Making a great game for any platform, be it mobile, PC, console, potato, whatever, is only half the job of a developer or development company. The other half is making sure that your player base is happy and that their faith in you, as the developers, remains strong. Once that faith is gone, so are the players. The biggest way this happens is when customer service is bad, whether it be someone who’s rude, or just a lack of understanding or care from the company for their player base.

An example of this would be what happened recently in a game called Magic Rush, developed by Elex. For those of you not familiar with this game, Magic Rush falls into the category of a collectible RPG but with some additional Tower Defense gameplay and, of course, plenty of PvP. The game has a lot of installs on Android alone, breaking the 10 million mark. It is also available on iOS and on Facebook where it is equally as popular. So the company makes plenty of money as well. 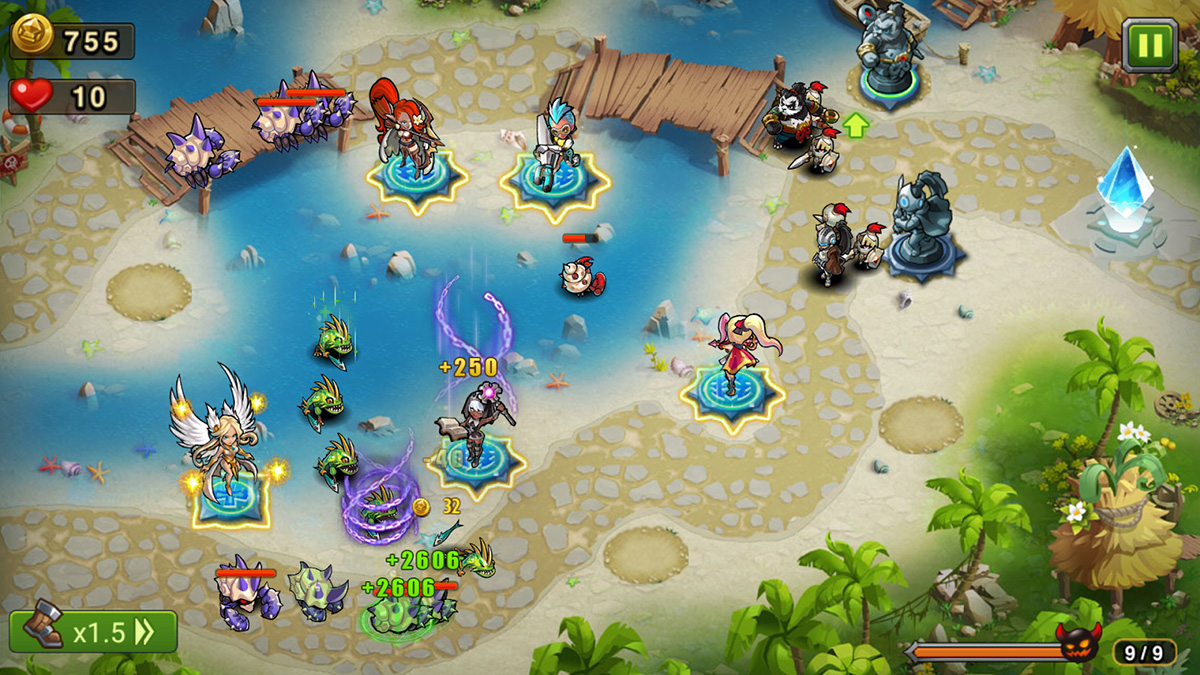 Example of the TD gameplay

With this many players, a company needs to have good customer service. Word of mouth can greatly damage the success of a company at times. One thing the game has at times is a little menu lag. So once in awhile you might push a button when you’re not intending on it. Usually not a problem except for when you just bought premium in-game currency and accidentally spent $30 of it on a singular item that you didn’t even want.

Naturally one would contact customer service, explain the situation and hopefully get things corrected, that being your gems back and the item in question taken from your inventory. This is almost always a very easy thing for developers with game’s like this one to do. It’s not like you would be asking for free stuff, because you plan to use the gems on something else in the game anyways. This is what happened to an individual in Magic Rush.

However, even for some odd reason the company refused to adjust things, how you treat your players on this matter is very important. A small explanation as to why something can, or can not be adjusted, and all is well. Responding in the fashion below, however, is not okay: 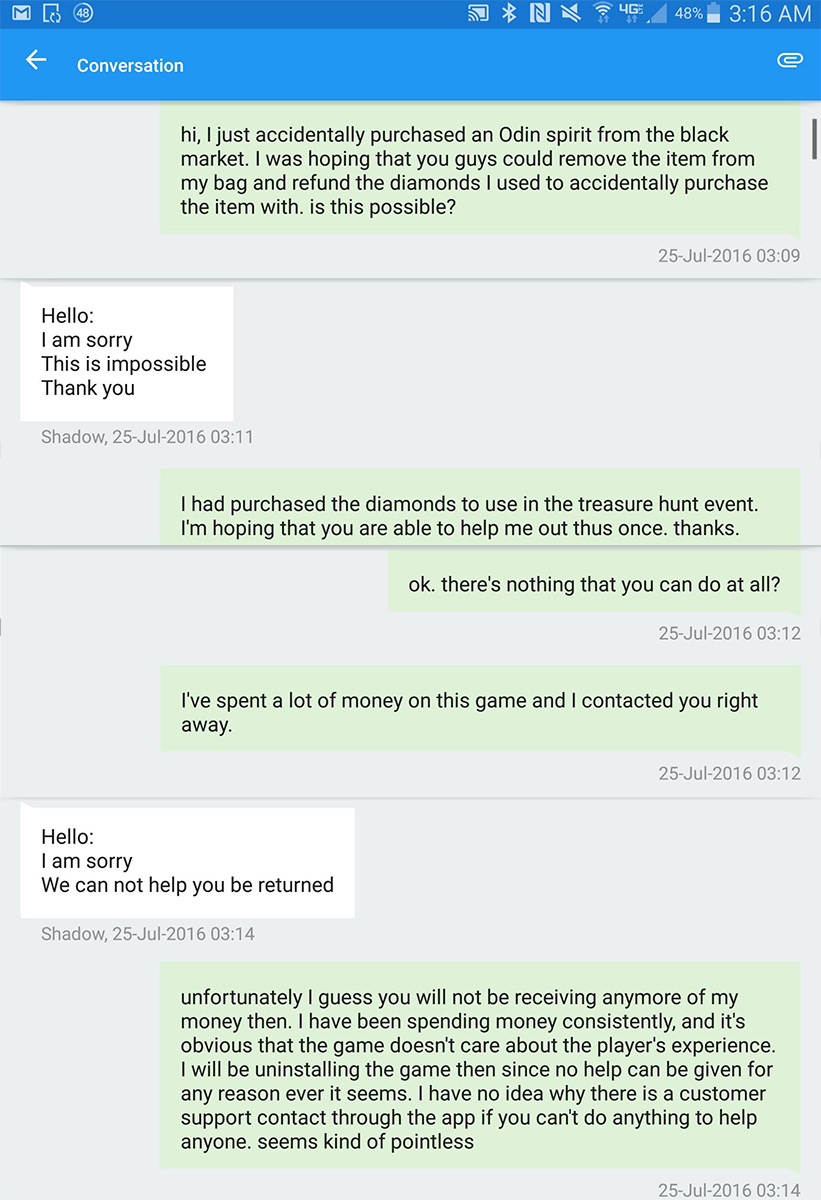 Firstly, ‘nothing we can do’ should never been uttered from anyone working in customer service, let alone being the only thing they say. If something isn’t possible, at least follow up with some sort of reason as to why. It doesn’t need to be a full essay on company policies, but something is usually nice. Answering like that just makes it look like you couldn’t care enough to type more than 10 words.

Secondly, in this case, there’s actually plenty they can do. If it were only a couple of gems, it wouldn’t be a problem. The item in question, however, was $30 worth of gems, which is a lot. They could have easily done what was requested, or at least figured something out. Moving items around in a game is fairly simple for developers to do, especially in Magic Rush.

Regardless of what can and can’t be done though, treating your players properly, every individual one of them no matter how many you have, is very important. That’s why companies of this size have a customer service staff in the first place. In this case, they failed a player who no longer will be playing their game.

Got a gripe of some kind? Email us at gamergripe [at] droidgamers [dot] com with your story and it’ll appear in the next Gamer Gripe Corner.