A little update has come around for Google Play that should make developers and some of us media folk happy. Google has now begun showing the actual download size for games and apps available on Google Play. Up until now, there has just been a general size listed, if one was listed at all. Many of them just say ‘Varies per Device’.

The update for Google Play is tiny in size, weighing in at just 2.19MB. The benefit to knowing the actual amount of storage a game or app you are considering downloading is pretty obvious. If you are not sure as to whether or not you have enough room on your Android phone or tablet, you can now check precisely for whether or not you can fit the game/app on your phone. If you can’t, you can now free up the appropriate amount of space that you need to download what you’re interested in grabbing from Google Play. 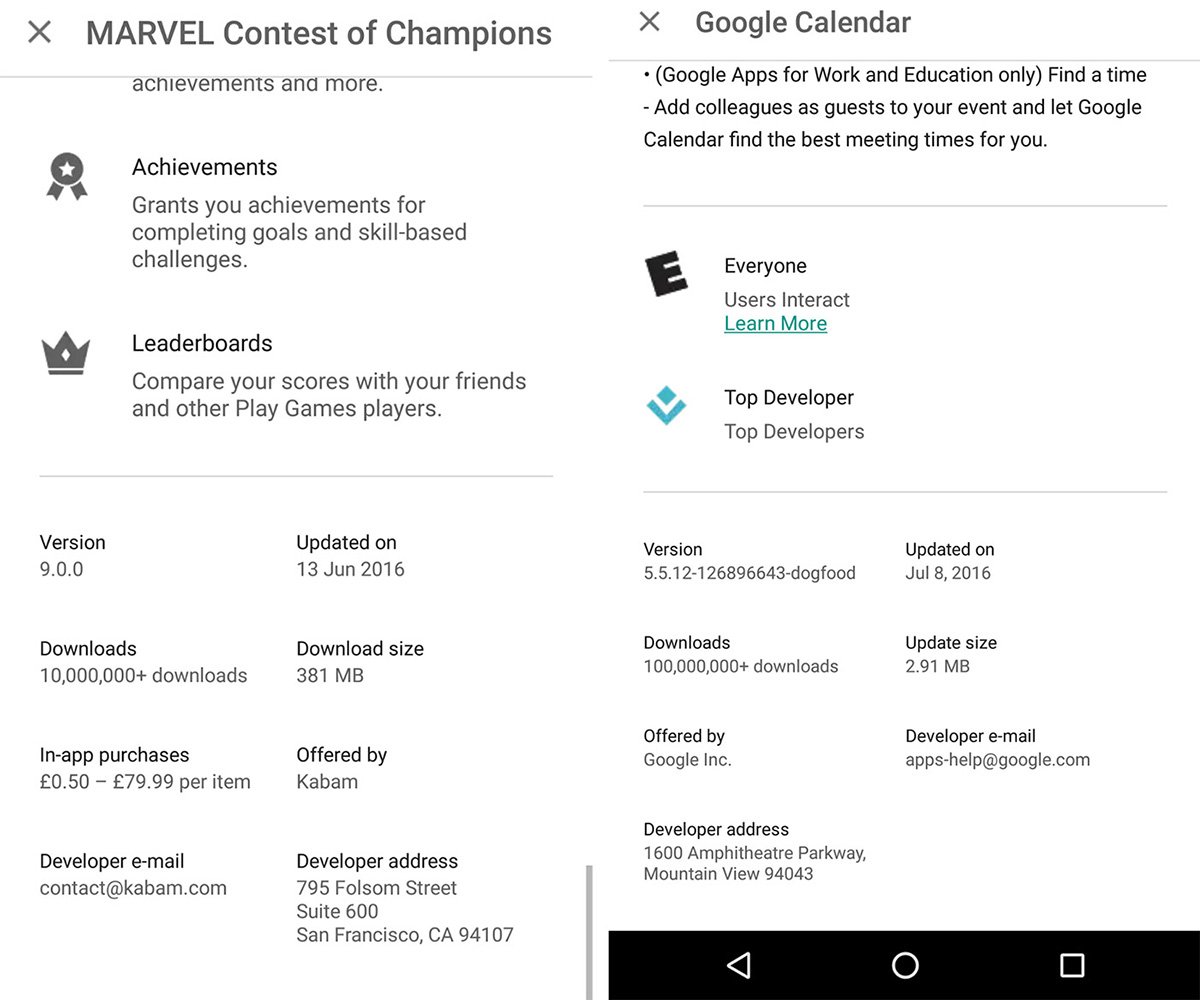 This isn’t the only change though. Google has also tweaked the Play Store algorithm to make updates even smaller. Right now the majority of Android apps only download changes to their APK files when you update them. These new files merge with the old ones on your device. The updated algorithm will make those updates up to 50 percent smaller.

The last change comes in the form of a new compression algorithm as well. As you might be guessing, this will help reduce the size of the files for bigger games. The average new additional reduction is around 12%, which can actually be quite a lot for games weighing in at 2GB or higher. This particular change benefits people with more affordable Android devices instead of uber high-end ones.

Storage will always be a commodity when it comes to mobile gaming, especially as games continue to use more and more advanced technology, have higher quality visuals, and much more content to them. So these steps are good ones by Google to help with that.