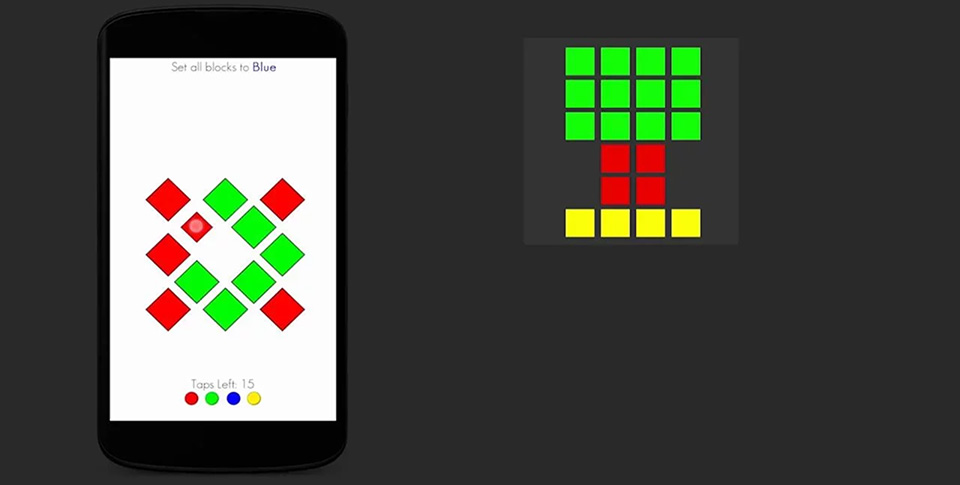 Released by Pashan, Prime is a new casual puzzler for the Android platform. The idea of the game is fairly straightforward in that players are given a set number of colored shapes that are one of four different colors: Red, Blue, Yellow, and Green. Players will be tasked with getting all of the shapes to become the same color, which is done by tapping on them.

What makes this a puzzler is that the colors will flip based on what is tapped and what they are. So for example, any box that is red will flip to green, and box that is blue will always flip to yellow. The only box that won’t flip is the one that’s being tapped. So, if a player has one green box and three red ones, the simple solution is to tap the single green one until the other three (which are swapping colors in the same pattern) have all become green. 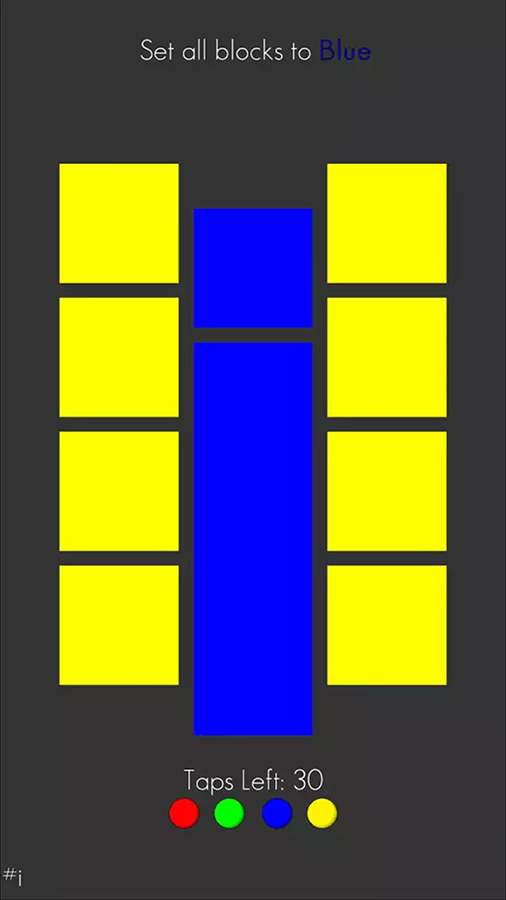 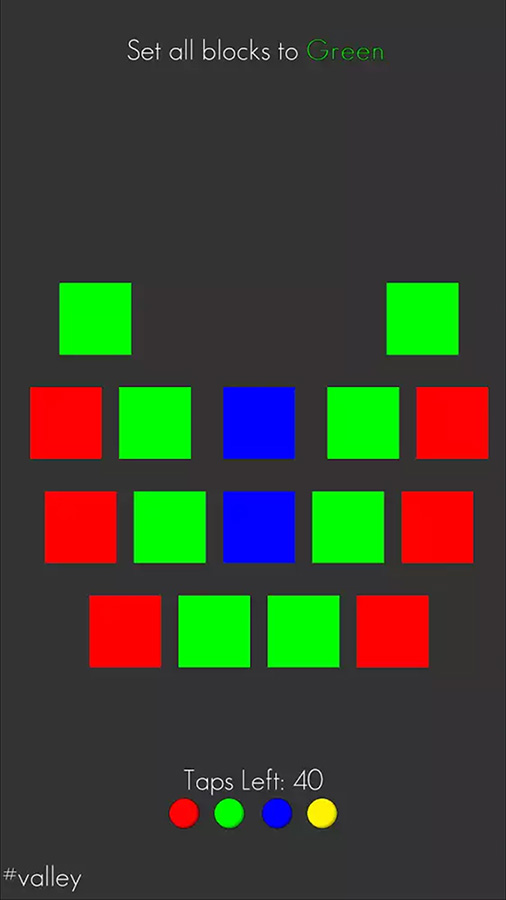 Players are allotted a set number of moves, to solve the objective before running out. In the early going, it may be just to make all the colors the same, while the objectives ramp up to things such as dictating to the player what the end color should be; all told, there are more than forty levels within the game. Players can toggle the soundtrack, night mode, and a color gradient effect in the shapes. The game utilizes Google Play Games for its achievements.

Prime can be found for free on Google Play, and contains ads. Prospective players can check out the trailer to see how the puzzles work.