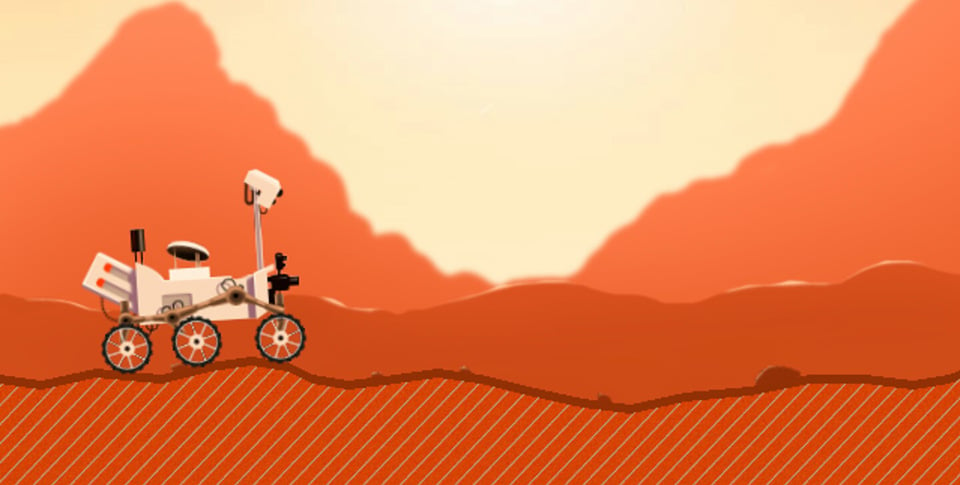 NASA isn’t a name typically associate with game development, but in an effort to draw attention to their rover-oriented efforts on Mars, a new game has been released that’s called Mars Rover. In this game, players will assume control of a rover on Mars that is in search of water.

The game is played in a side-scrolling, platform-esque fashion, with a set of four virtual controls that allow players to manipulate how the rover works, and in which direction it is moving. Players will need to keep an eye out for pockets of water that are trapped beneath the red surface, and try to locate as many as possible. 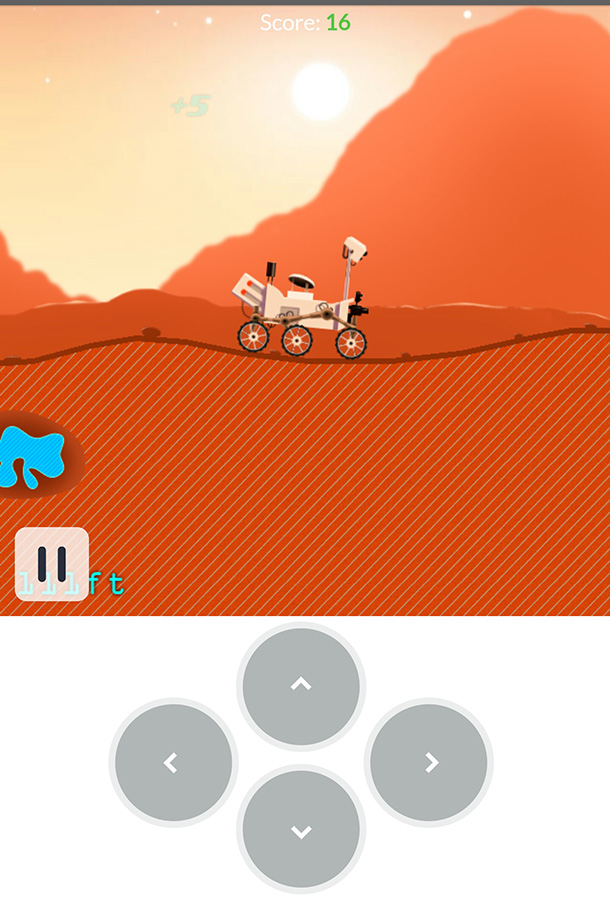 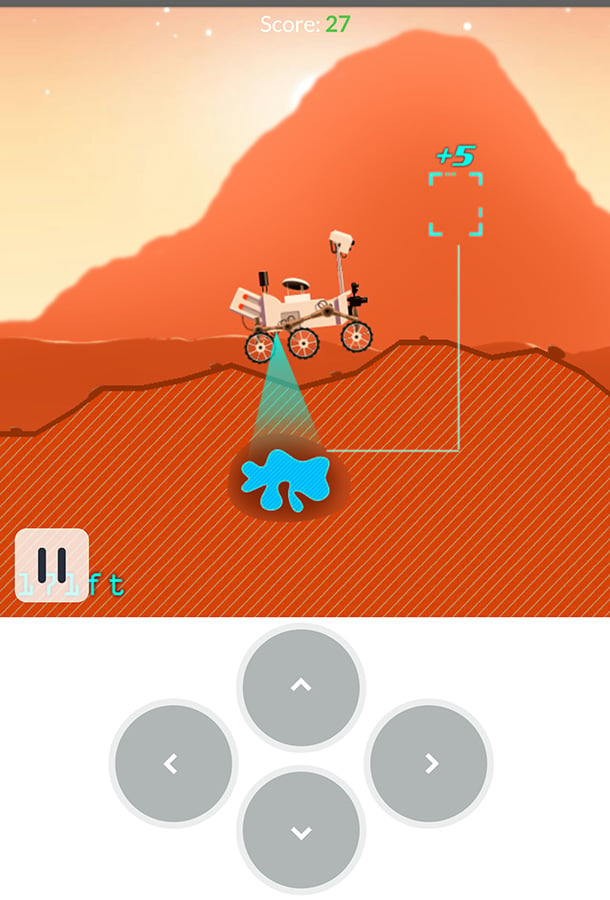 The trick is that the water is located underneath jagged and rough terrain, so what it has for a challenge is in directing the rover correctly. Failure to do so can result in damage to a wheel or rolling over “belly up”, thus ending the mission of the rover prematurely. Points are awarded both for distance traveled, as well as the amount of water found.

This game is available in a couple of different places. First, it’s being hosted by a gaming/social app called Gamee, found on Google Play. For those interested in side-stepping Gamee, NASA has also made the game available to be played directly in your browser (desktop or mobile) which you can find via the link below.