Eraser is a new physics-based puzzle platformers from Hiker Games 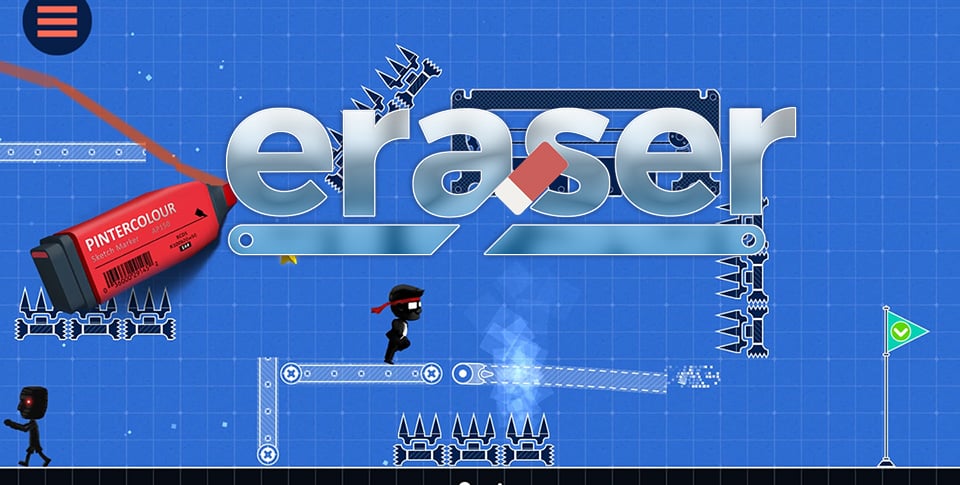 Hiker Games, the developers behind games like GLEAM and Terran Defense, have released their newest title onto Android today called Eraser. This particular game is a physics-based puzzle platformer where you don’t actually control the main character, but instead you control an eraser, hence the name of the game.

The main character will actually be automatically moving, and it will be your job to take control of an eraser which you will use to change/manipulate the environment so that the main character can escape from a giant red marker that is out to get him. Everything appears on a square-filled style of blueprint paper, so you’ll need to eraser parts of elements, or entire elements, as they come onto the screen. This way your little guy can keep trucking and running from the evil marker.

This isn’t an endless running game, even though the description may sound like it. There’s actually over 70 levels across 6 different chapters for players to make their way through. So you will have to figure out the correct way to get your guy to safety, while keeping in mind that there is a physics engine at play here as well. You can just erase something and not have it affect how your character will interact with it.

For those of you interested in checking this game out, you can grab a copy of Eraser off of Google Play for free and it does include optional IAPs as well. You can also check out the game’s trailer below.