Released by Elephant Games LLC, Just Bones is a platformer that’s now available on Android. In this game players will assume of the role of a wizard who, after watching his attempt at creating a potion go pear shaped, he is now reduced to a living, thinking skeleton.

As a skeleton, he is taking it upon himself to reconstruct his body. Each level begins with just a skull that players control. Depending on the level different parts can be collected, with the idea being to complete the level. For example, on levels that require higher jumping, skeletal legs can be found and utilized. Torsos with arms are another option, and attaching the skull to them utilizes the skeleton to pick and use objects, such as shovels for digging. 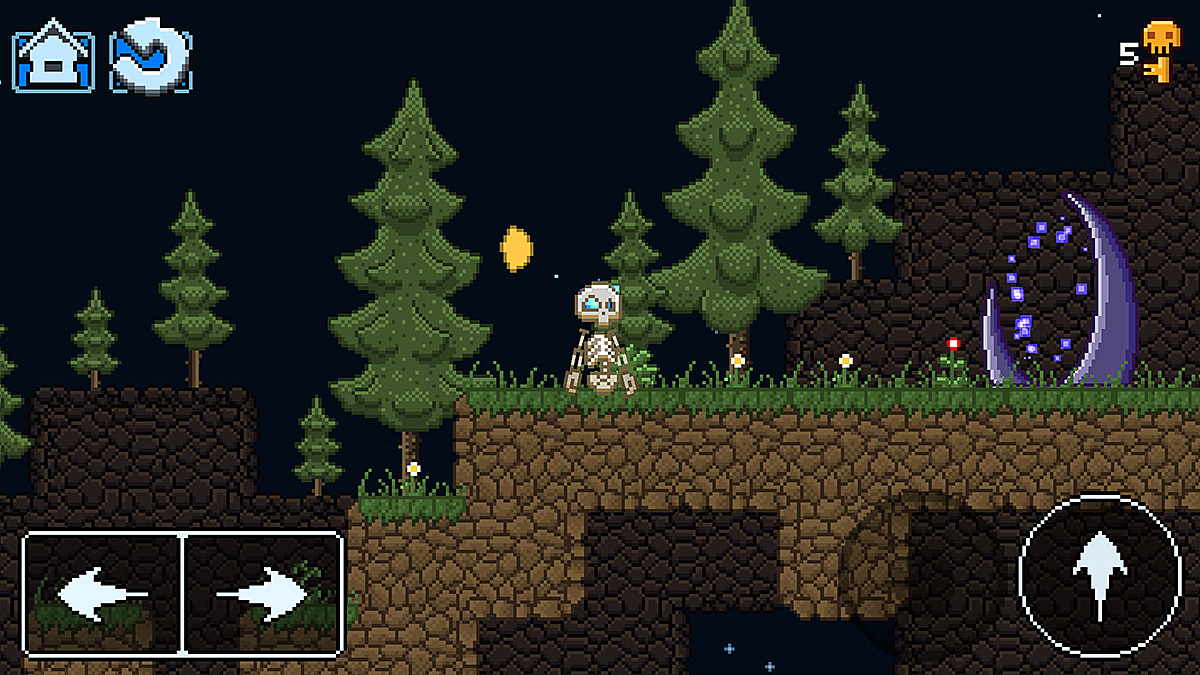 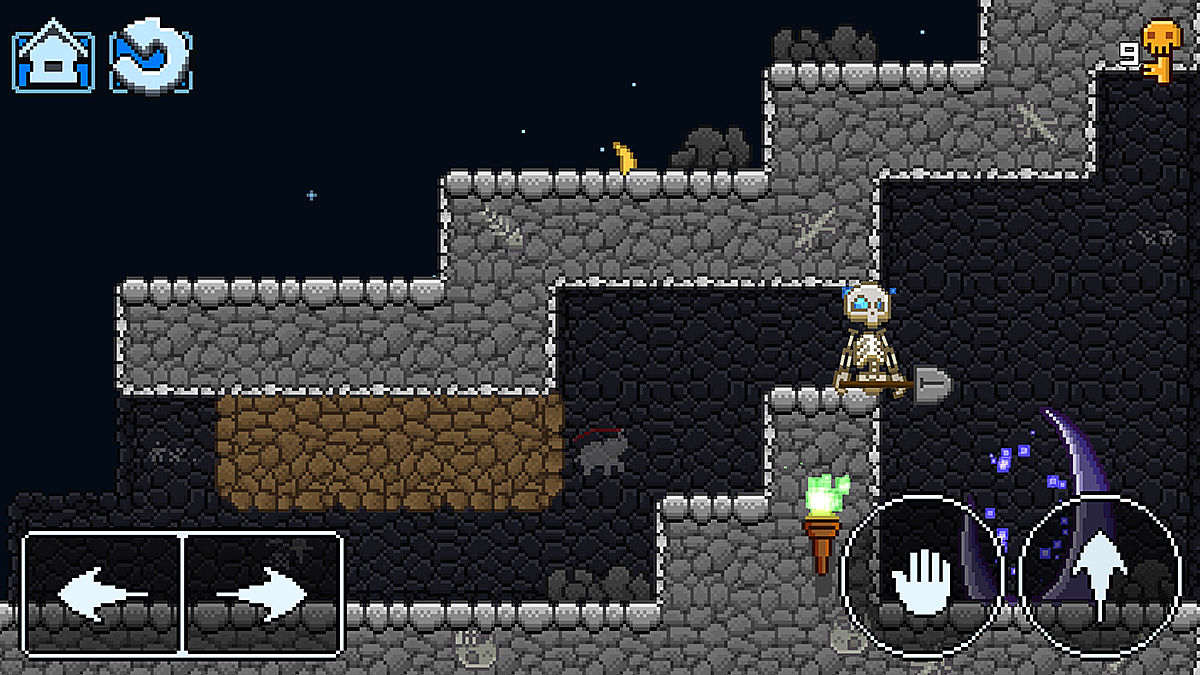 – Just Bones is а 2D platform with fast-paced gameplay
– The path is set across many levels in caves, mountains and swamps
– Collect body parts and tools to receive special abilities
– Be careful: after every time you fall, you will have to re-assemble yourself from scratch
– Levels hide many secrets: search them to find bonus items

The game utilizes virtual controls, faux retro graphics, and a chiptune soundtrack. Each of the levels are graded using the three star system. There are currently 45 levels within the game for players to work their way through, with a “coming soon!” screen for what would be levels 46-60.

Just Bones is available for free from Google Play. The game contains both optional IAPs, as well as the option to watch ads for rewards. Check out the trailer below to learn more of the back story for Just Bones.