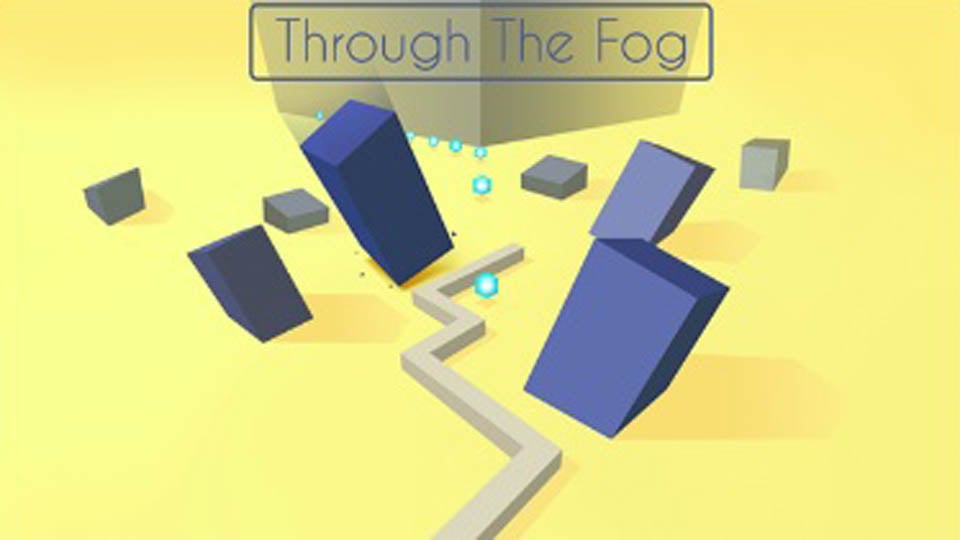 Boombit Games develops one touch games. Through the Fog is a puzzle adventure game that was released not too long ago. It is visually astounding, has great atmosphere, is totally engaging and is worth your time. If you like puzzle/adventure games, then this one is for you.

There is a lot to like about Through the Fog. It is amazing this game isn’t at the top of the Play Store. Because it isn’t doesn’t mean that you shouldn’t give it a try. Through the Fog is about helping a singular line progress through varied environments. With simple one-touch controls, you direct where the line goes. The challenge to the game is that the environment continues to change as you move through it. The game has wonderful music, unusual environments and a degree of difficulty, that at times can be extremely frustrating. I like my puzzle games challenging and this one fits the bill.

“Lose yourself in the relaxing world of “Through the Fog.” Tap to zigzag forward and be prepared for the unexpected twists and turns of the fast developing scenery.” – Boombit Games

I didn’t quite know what to expect after downloading the game. The initial video of gameplay looked pretty promising, but you never really know until you fire up the game. After the first few moments of gameplay, I knew Boombit had created something special. I was wholly unprepared for how wonderful a journey the game would take me through. The game is perfect in so many ways and it starts with the simple controls. The line automatically moves forward. You direct the line by tapping the screen. The line only moves at angles, so you have to plan for that movement ahead of time, the best you can. If you want a challenging game, this is it. Early on when the game was released, there were a few problems with camera angles in the game. Boombit has since fixed that with an update. The camera is key because your vantage point changes during the levels. Sometimes you are right behind the line, and at other times, things take place from a bird’s eye perspective. 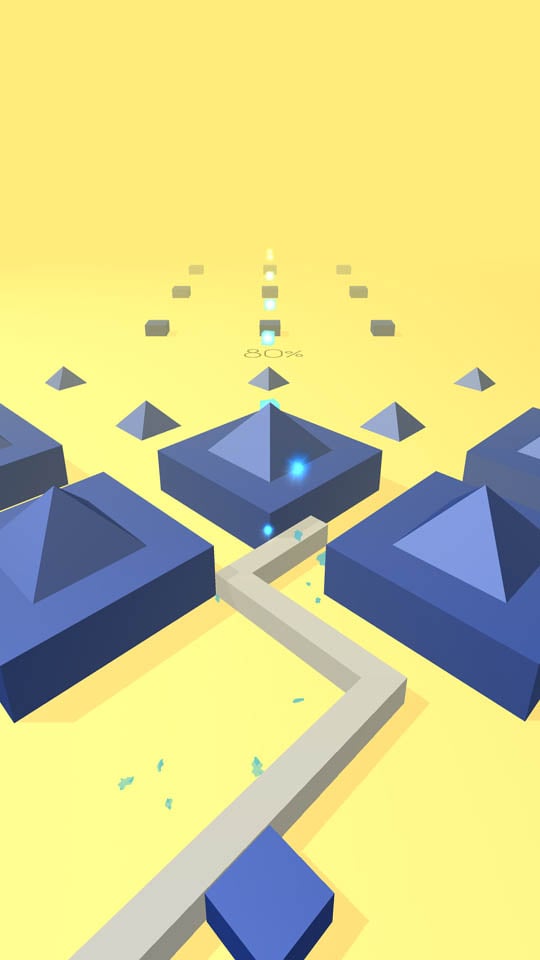 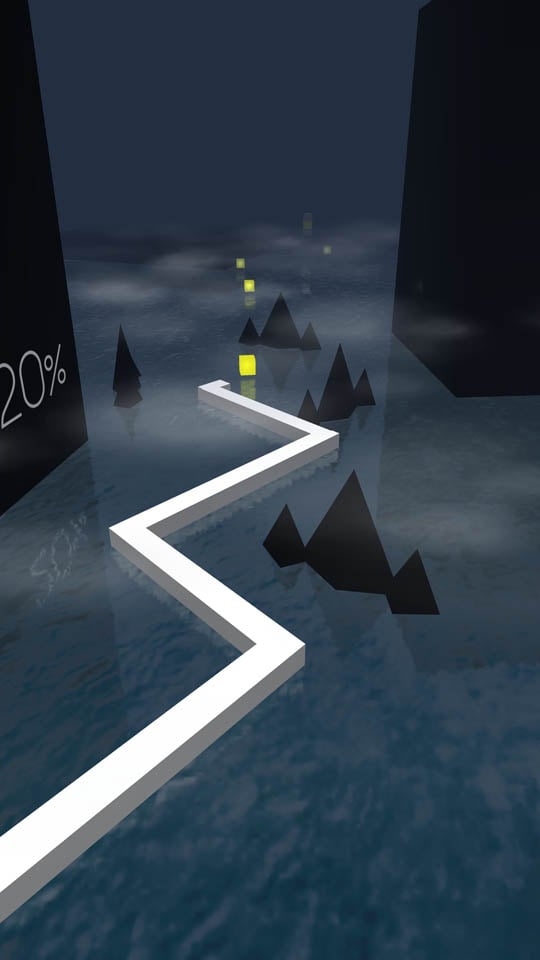 There are seven different environments that you will encounter in Through the Fog.  It starts with Lake of Opportunity and then moves on to Peaceful Stagnation, Winter of Doubt, Storm of Anger, Tranquil Settlement, Head in the Clouds and finally, Visions of Tragedy. Sure, there aren’t a lot of levels, but you won’t get through them easily. Each of the environments is simply mesmerizing. The design of each level is very different. Though the main element of the game is a rectangular white line, everything that occurs around the movement of the line is done with subtle detail, unexpected movement and animations and simple beauty. Snow falls from the sky, flowers bloom and passages through waterfalls are only some of the things that occur during the game. As gorgeous as all of it is, the tough part will be navigating through the environment, narrowly missing elements that erupt from the ground. One way to describe it is an ever-changing, ever-evolving maze.

Yes, you have to make it Through the Fog because thematically, you can only see so far. The game continues to generate the level just ahead of you. There are highs and lows as well. In some levels you are at the top of a precipice and then it drops you lower. All of this occurs with the tapping of your screen that is sometimes slow and other times increasingly rapid.  Your line is going to crash into something often, and it will frustrate you. At least you can start off from your last checkpoint. You almost breathe a sigh of relief when you reach a checkpoint too. It is cleverly shown on the faces of the environment as you cross one. On the level Winter of Doubt I got stuck… and I am still stuck. You don’t have to complete a level to move on to the next, which is a good thing.

The music in Through the Fog is enchanting. At the beginning the game recommends that you play it with your headphones on. This is one game where you should take that suggestion. It adds a another level of immersion to the gameplay. Each level’s music is different but entirely fitting to the environment. It is a good thing that the music is peaceful, because it is in direct contrast to the tension that builds up during gameplay. It would be nice if the tracks were available to download. The music is perfect for just about any setting, especially if you want to relax. 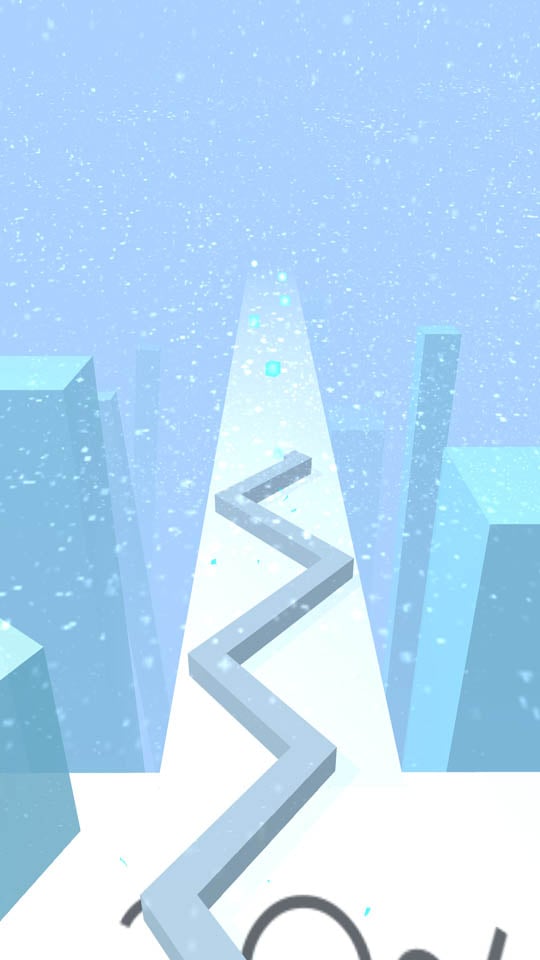 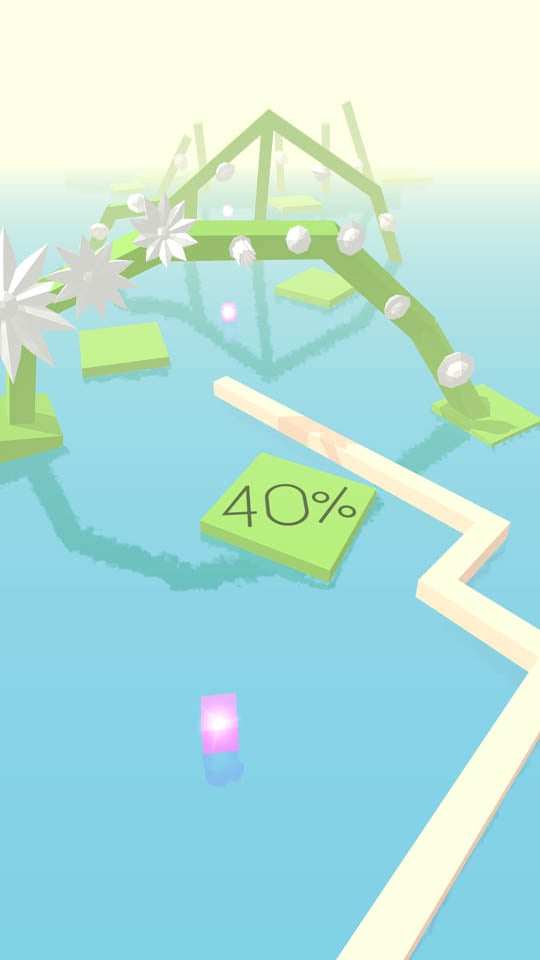 Through the Fog is a free-to-play game. You can unlock the ads for $.99 and it is worth it to do that. If you get stuck on a level, which you will, you have the option of watching an ad to get three continues, or paying $.99 to get ten continues. Or, you can wait until the continues recharge. My suggestion is to watch the ads. It would be nice to have unlimited continues after you have unlocked the ads, but that is not how the game is set up.It appeared to be that way initally, until a recent update. A word of caution to you. Some of the levels are so challenging, that you will burn through ten continues pretty quickly. There is not an in-game store, so the free-to-play structure feels fair to me.

The game is integrated with Google Gameplay Services with 24 achievements to unlock. Through the Fog is a game that shouldn’t be missed. Sure, millions of people are playing Pokemon Go. My question is, why aren’t you playing Through the Fog? Boombit has created not just a great game, but a great cinematic experience. Check out the trailer, then download the game for free. Hey Boombit, are there more levels coming? We want them if you’ve got them!