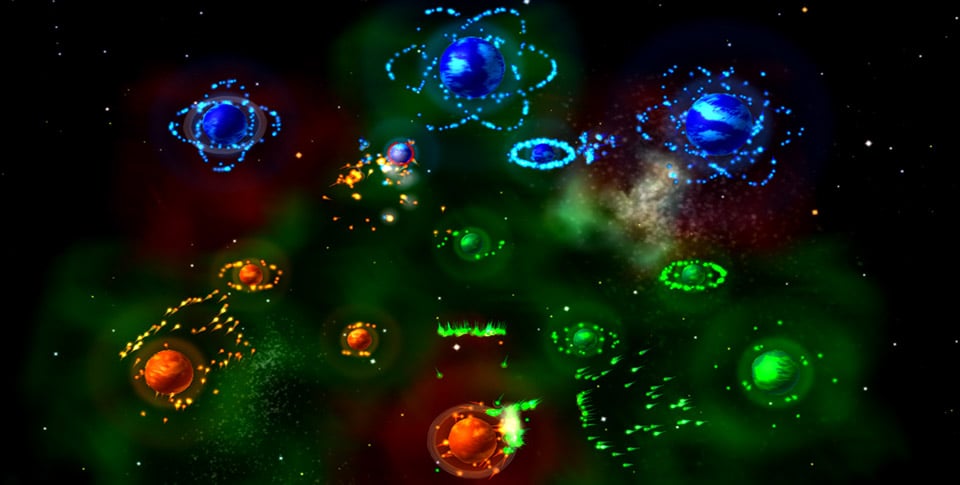 This new game will be bringing a few new types of gameplay to the franchise while expanding on the original gameplay as well, including multiplayer for the first time. This will be online multiplayer, so you’ll be able to play against your friends around the world. Outside of the addition of multiplayer, there are also new mechanics you’ll need to learn and base strategies around, including the use of Wormholes and Supernovas. There’s even orbiting Suns that play a role in how things work.

– Online multiplayer for up to four players to wage planetary war against each other.
– New modes and maps including black holes, supernovas and wormholes!
– 150 unique levels.
– Keep your journey alive with Handoff support on iPad, iPhone and Mac.
– Play on the big screen with tvOS functionality.
– A dozen new twists to classic Auralux gameplay.

The original game was quite fun and this new sequel should be as well, if not more so with the inclusion of multiplayer. So when will this sequel arrive? The official release date for Auralux: Constellations is August 25th, 2016. No word on pricing just yet, but in the meantime you can check out the new trailer below. We will post an update once this game launches on Google Play.