Square Enix quietly announced via Twitter late last week, that the latest game in their Go series of games would arrive this week. If you have played Hitman Go or Lara Croft Go, then you probably have been anticipating Deus Ex Go. We have been waiting for it, and now we know we don’t have to wait much longer.

UPDATE: Wednesday, August 17th – 12:21 PM: We reported on this just a couple of days ago. Square Enix Montreal was to release Deus Ex Go tomorrow. They have now made it available in the Google Play Store. There have been a large group of gamers waiting on this one. So far we have heard good things from those who have begun playing it. If you have enjoyed either Hitman Go or Lara Croft Go, there is no reason you shouldn’t check out Deus Ex Go. The game is premium priced at $4.99 The Play Store is also showing in-app purchases as well, that cap at $7.99 We aren’t exactly sure what they are for, but we are in the process of installing the game now. As soon as we find out what they are, we will let you know. In the meantime, if you are interested in checking the game out, the link can be found at the end of this article.

I am a fan of Deus Ex. I remember playing the original game on my PC back in the day. It had a compelling story, plenty of action and decent graphics for back then. Fast forward to 2016, and Deus Ex games are still around. That should say something about the popularity of the series. Square Enix has wisely chosen to continue the franchise. Adding Deus Ex to the most recent puzzle/strategy games like Hitman Go and Lara Croft go make complete sense. What some fans hope for, is that Square Enix takes it a bit farther as it relates to the main character, upgrades and action.

“Deus Ex Go is a turn-based infiltration puzzle game set in a stylized interpretation of the Deus Ex Universe. As double agent Adam Jensen, you’ll use hacking, combat, and augmentations to solve the most challenging puzzles of the entire GO series.” – Square Enix

We are pretty sure that Square Enix is aware of the huge fanbase for this game. Based on the brief description, it looks like the game will live up to the original premise of the story. It is all about using augmentations to affect the environment and to take down the enemies in the game. We hope so too. Since Hitman Go and Lara Croft Go were excellent titles, we are pretty confident that Deus Ex Go will live up to the hype. 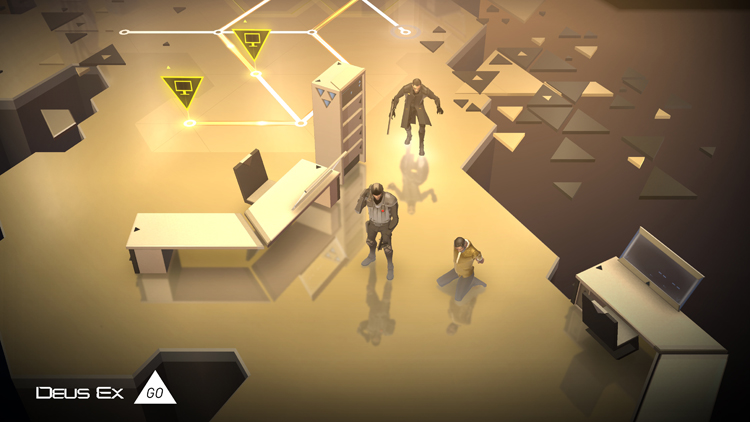 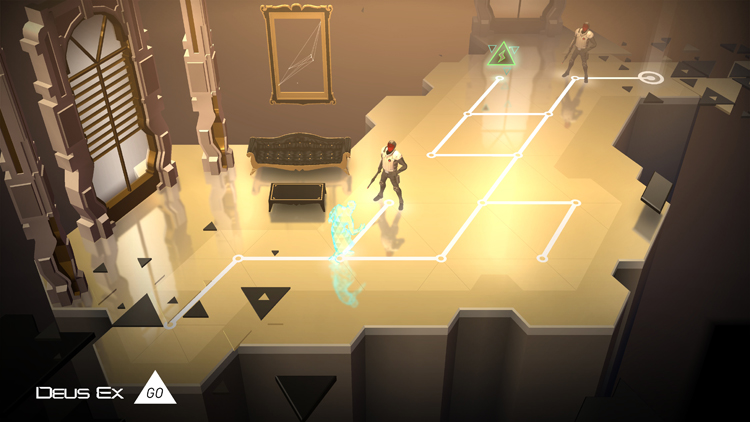 The game is set to arrive Thursday, August 18th. The other games in the Go series have been premium priced titles, which we have certainly appreciated. Both previous titles also received a fair amount of downloadable content as well. If Deus Ex Go is to be priced similarly, that should be around $4.99, though we don’t have confirmation on that yet. As soon as we find out more, we will let you know. Don’t worry, we will be checking the Play Store all day Wednesday too, just in case it shows up early. As soon as it arrives, we will let you know. Honestly though, it will be shortly after we hit the download button first!

If you haven’t seen it yet, here is a short trailer for the game. Are you in or out? Will you be purchasing Deus Ex Go? Have you played the others in the series… and no, please don’t bring up Pokemon Go.