Lemon Jam Studio releases Into Mirror, a cyberpunk action game. It is in open beta as part of Google Play Early Access games

Lemon Jam Studio has been busy lately. If you have been following games that are rolling out as part of Google Play’s early access games, then you may be aware of what they have been working on. Their latest game is in collaboration with Unknown Game Studio and it is titled Into Mirror. It is a sleek cyberpunk action platforming game with an intriguing story. Into Mirror released on iOS a few months ago and we had heard it was coming to Google Play eventually. It looks like Lemon Jam Studio is getting closer to releasing it, and the early access version of the game is a good sign.

Games that have a unique story are always placed a bit higher on my games to look out for list. Sure, there is nothing like hopping right into a good game that has little background, but I tend to enjoy games with a story. It helps to drive the game design, graphics and game play. Into Mirror has a fantastic setup for a world that is worth exploring in-game. There are two characters that you are introduced to in the intro. One of them you will be playing throughout the game. The art direction that has been chosen for the game is perfect.  The environments are relatively dark, with splashes of exotic colors that come from neon signs, and lights that illumine this cyber-tech world. You are part of the Mirror Special Investigative Team. Can you help find the lost girl in the Mirror World? 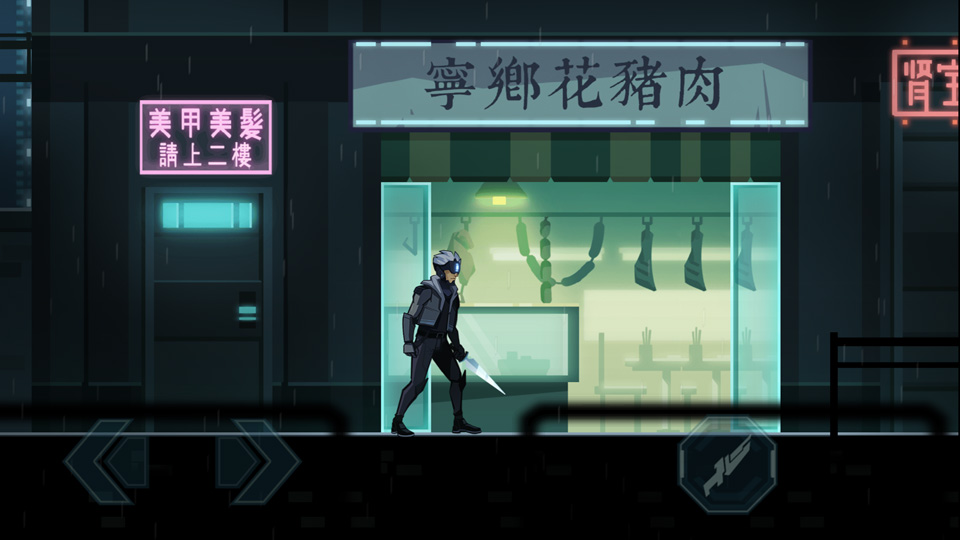 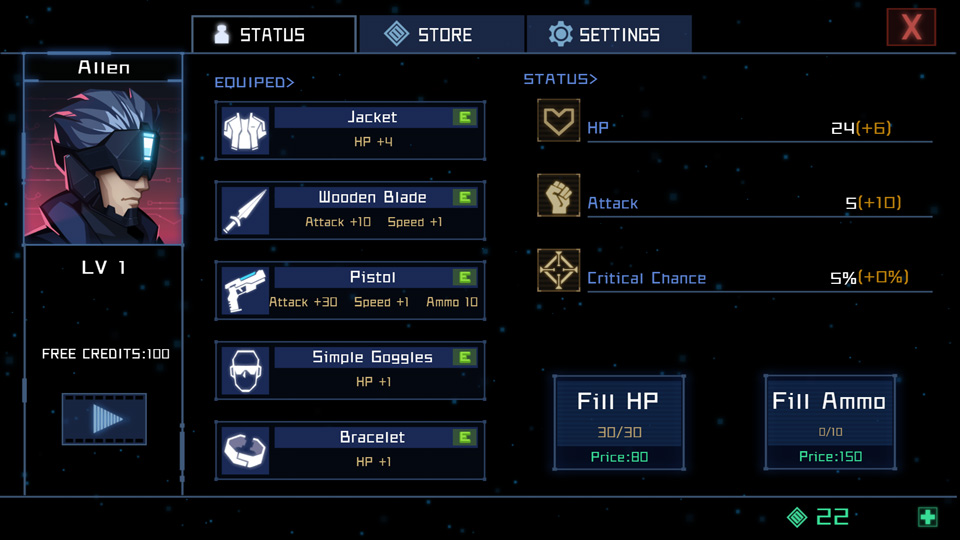 “The Mirror Device brings people into the virtual world. The company behind it, Mirror Group, as a result, became the world’s largest company. Mirror world has caught everyone’s attention, but there are many hidden secrets. In Mirror World, who are you? You play a special agent, Allen, whose mission is to find a lost girl in Mirror World. You do this with the help of your teammate Kate. In order to accomplish your mission, Allen will be facing a lot of dangerous enemies. You will need to upgrade and get more powerful equipment to make Allen stronger. you will also need to use your brain to pass some complicated levels.” – Lemon Jam Studio

In some ways, Into Mirror reminds me a bit of one of my all time favorite games, Shadow Complex, which was created by Chair Studio and Epic Games back in 2009. Into Mirror looks like it has similar pacing, depth of story and action. The game starts off with the history of the Mirror World. Then you are introduced to Kate and Allen. The action takes off from there as Allen is in the Mirror World and Kate assists him through modern technology. Allen appears with his spiked hair, cool head visor and a short blade. A finely tuned electronic beat parallels the dark and moody environment, where Allen seems determined to find out the truth about this elusive world. 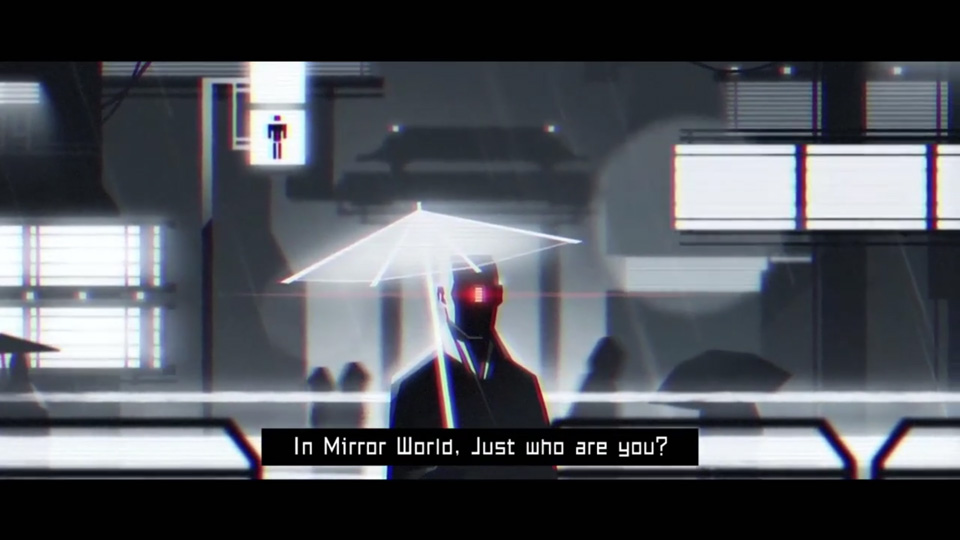 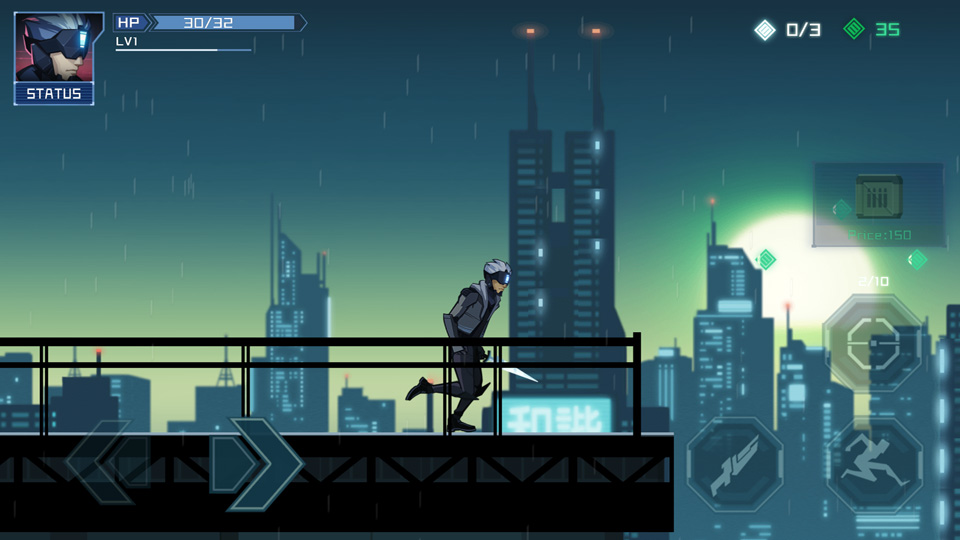 The game eloquently walks you through the tutorial. Arrows on the left to move left and right, action buttons for your weapons and a jump button for when you need to get to those higher places, are on the right. The layout of the UI is even placed. You don’t have to worry about mixing up your buttons. It looks great, plays great and has a vibe between a modern day detective story, and a bit of anime. It will be interesting to see how this story unfolds, but I like where it is going so far. The action is good, with multiple enemies that you will encounter, the artwork is great, controls nimble and the music perfect, for the shadowy Mirror World. There is also a fair amount of adventuring that will take place, as there are hidden areas located throughout the game’s multiple environments. 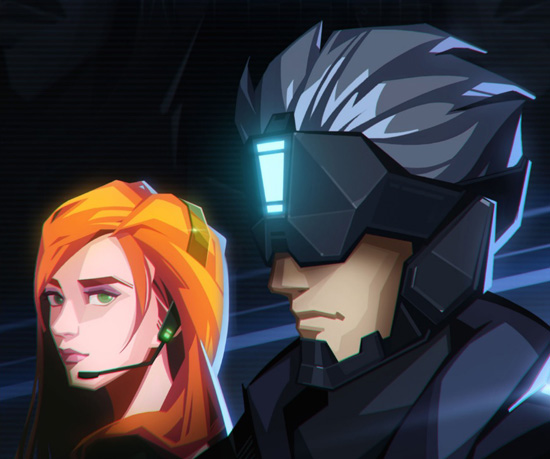 We don’t have a release date for the game yet. We are checking in with Lemon Jam Studio to see if they have a timeline.  We also don’t know right now if the game will be premium-priced or free to play. When the game was released on iOS, it costs $2.99 I am hoping it stays a premium-priced title. Once we find out more, we will let you know. In the meantime, check out the trailer and the screenshots. If you don’t mind checking out an early access game, the link to give it a try for free is down below. Keep in mind there may be some bugs or crashing, which is the reason getting an early access game onto as many different Android devices as possible, is important. That way when the game is released, you have an excellent gameplay experience. Into Mirror has plenty for us to be excited about. Hopefully the release isn’t too far away.