Q*Bert hops his way onto Nvidia Shield in Q*Bert: Rebooted

One of the most beloved arcade games of all time, Q*Bert, has launched on Nvidia’s flagship Android gaming platform, Nvidia Shield, in Q*Bert: Rebooted. While the game previously released on other platforms, it arrives this week with some new Shield specific enhancements including eight exclusive tracks by EDM artist ENV, revamped visuals and UI that take advantage of Shield’s processing power and re-balanced controls.

Now available to download on Google Play, Q*Bert Rebooted features two distinct gameplay modes: Q*Bert Classic, a faithful recreation of the original arcade game and Rebooted, the later of which boasts revamped visuals and some new twists on the classic formula.

For the uninitiated, the aim of the game is to move the eponymous hero Q*Bert around levels made up of cubes while changing their color by hopping on them. Your ultimate goal is to change every block in the level to a specific color. 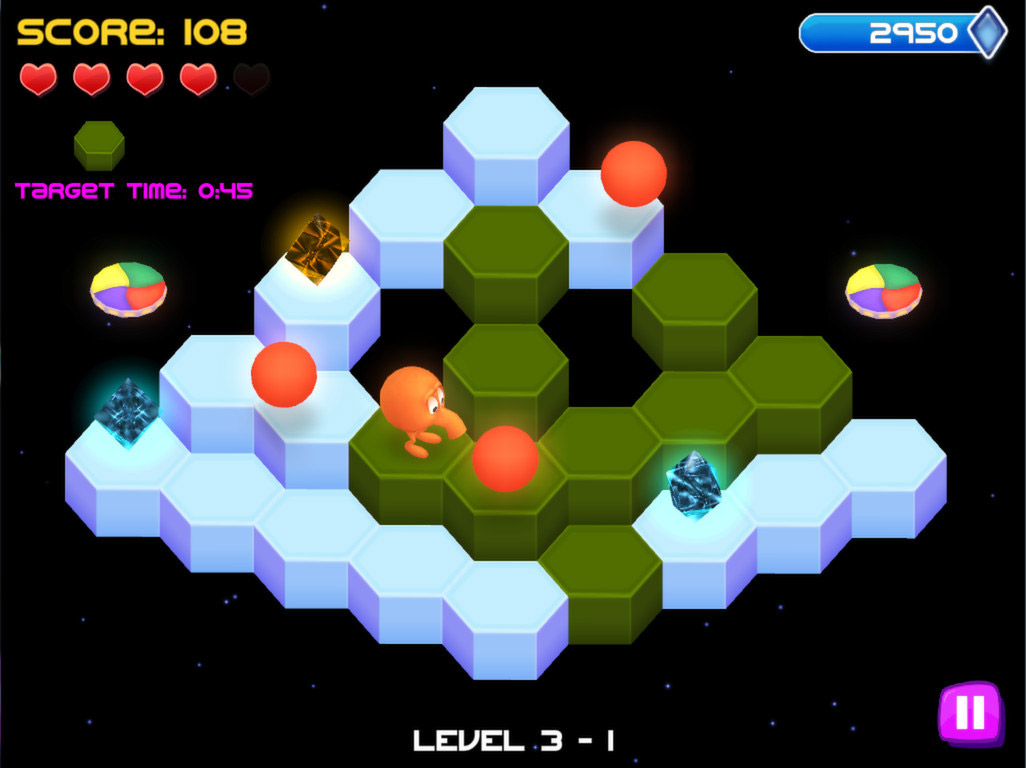 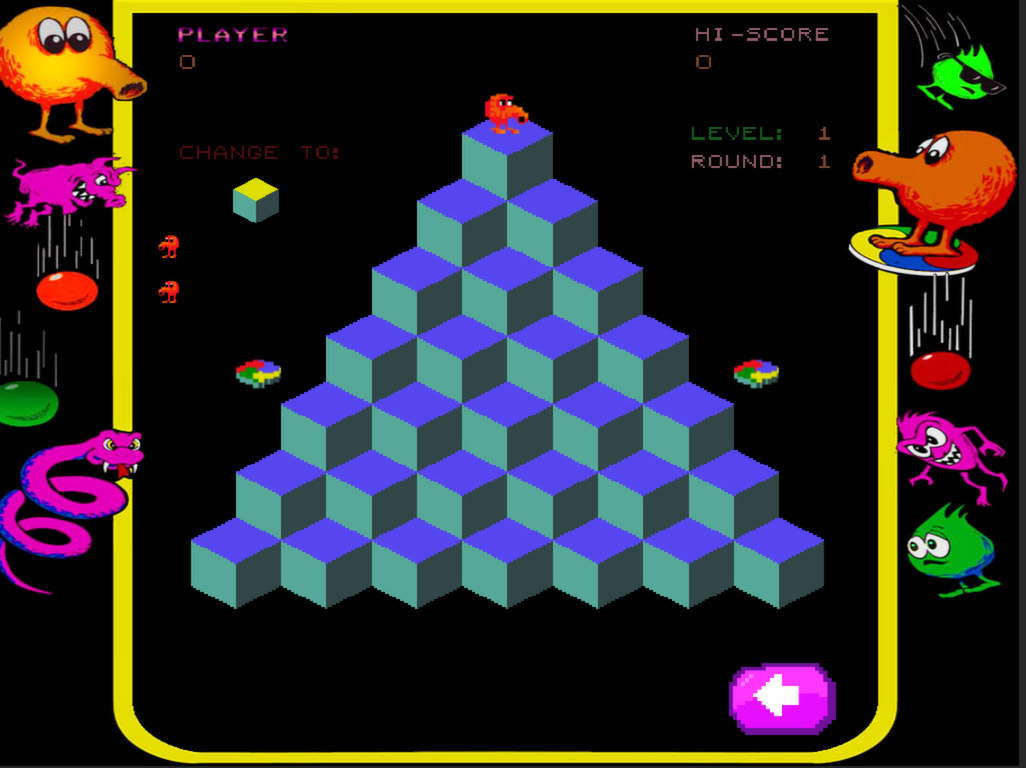 Unfortunately, there are a bunch of bad guys trying to prevent Q*Bert from doing so. Coily the snakes follows Q*Bert relentlessly trying to stop him, Ugg and Wrongway are gravity-defying creatures that travel around the vertical sides of the cubes, and Slick and Sam bounce around changing the blocks back to their original color. As the game progresses the levels get more challenging to navigate and the enemies get faster and more numerous.

The second gameplay mode, dubbed Rebooted, gives the Q*Bert experience a slick new HD visual overhaul, new playable characters and animated backdrops. New characters, while effectively just new skins, are still fun to play around with and include variations on the original Q*Bert character but with zombie, robot and vampire twists, among others. There’s even the wireframe version of the character that appeared in the movie Pixels. 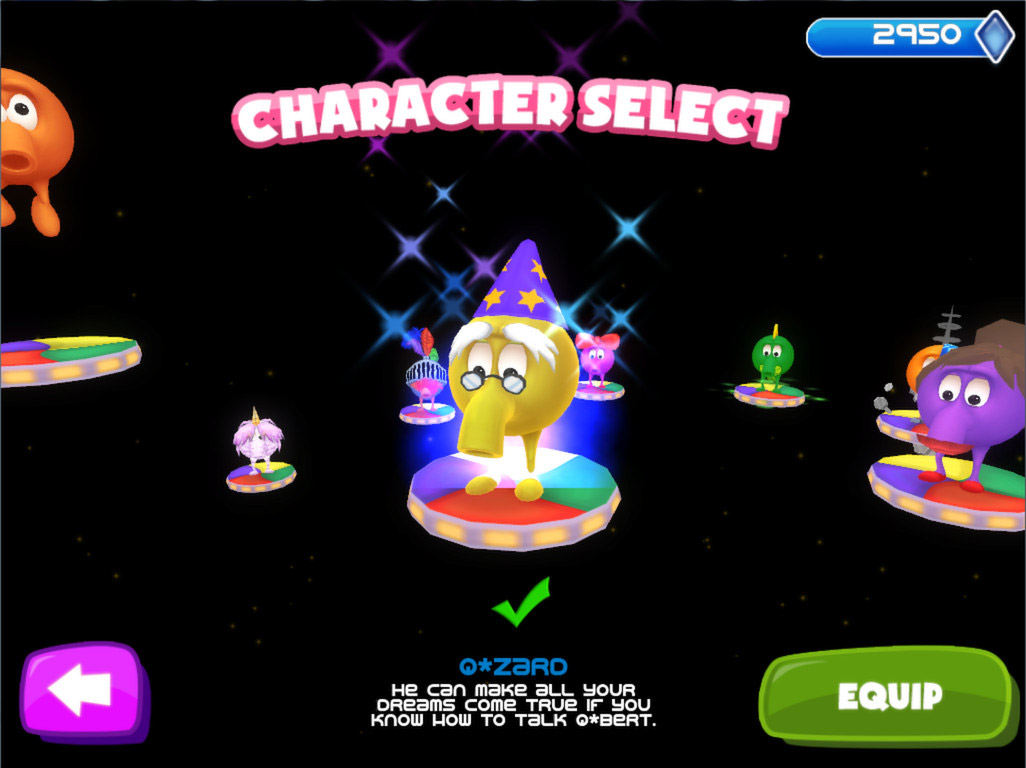 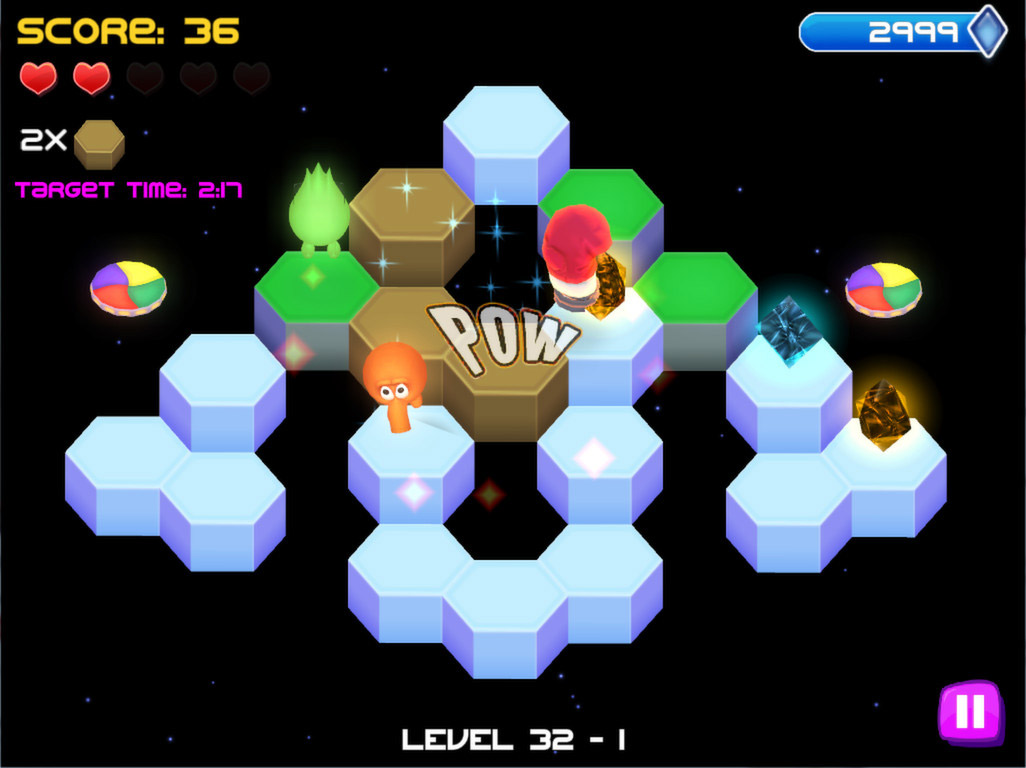 While the classic Q*Bert gameplay mode features levels made up of cubes, Q*Bert Rebooted has hexagonal blocks instead. It’s a seemingly minor change but it actually has quite a substantial impact on the gameplay allowing the player more freedom of movement.

The game also introduces several new enemies including a large boxing glove named Uppercut that tries to knock you off the level. Additionally, there’s a host of achievements you can attempt to unlock, which gives you reason to replay levels.

Q*Bert: Rebooted is now available to download on Nvidia Shield via Google Play for $9.99.