We know Nekki as a game company that delivers great action-based gameplay with the Shadow Fight and Vector series. Recently, they have also been focused on helping indie game development companies bring their mobile games to light as well. One such game is Space Warrior: The Origin. It is a Bullet Hell SHUMP in a sci-fi setting that is visually engaging, and provides what most SHUMP fans enjoy, plenty of action, wave after wave of enemies, and enough explosions to light up a darkened sky.

For those of you not familiar with the term SHUMP, it’s just a short for for “Shoot ‘Em Up” which are arcade shooters that are a little more challenging than your typical game in the arcade shooter genre, but not as difficult as a true Bullet Hell one. This particular game getting published by our friends over at Nekki falls into the latter category, which means Space Warrior: The Origin is a Bullet Hell shooter. The big difference between your average SHUMP game and a Bullet Hell one? Bullets…. lots and lots of bullets and almost as much dying. 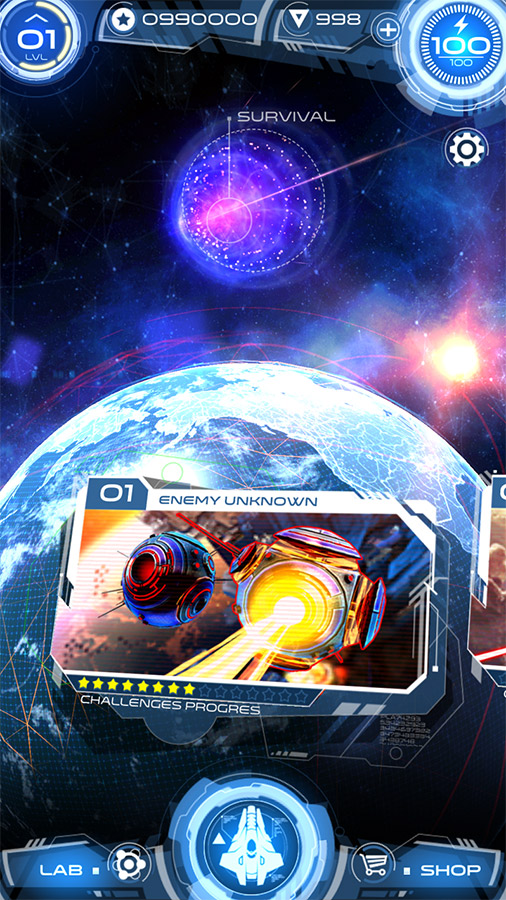 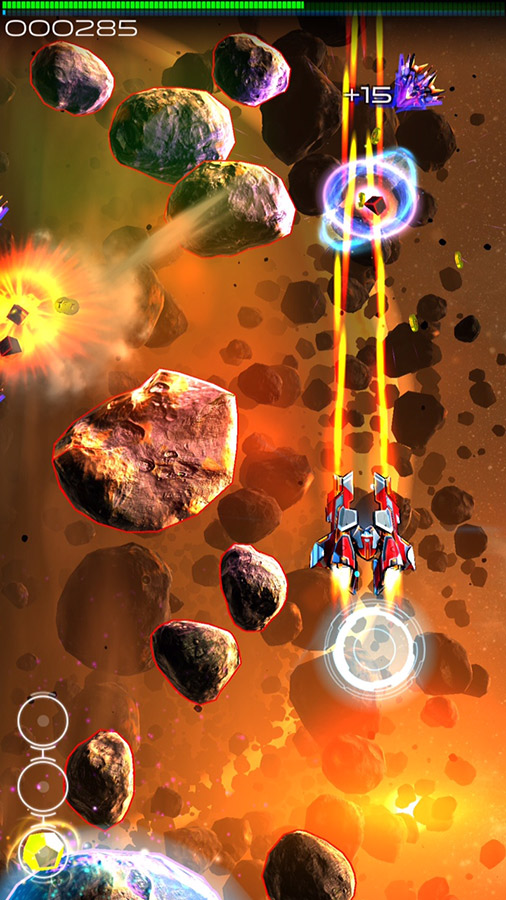 In Space Warrior: The Origin, which was developed by Starkom, players will be assuming control of their starship and will have to take on hordes of enemy ships, bosses, and of course, dodging a ridiculous amount of bullets and lasers coming at you from said enemies.

“The [Space Warrior] one-finger bullet-hell features fully-animated 3D ships, bosses, and combat effects in a neon sci-fi landscape. Fans hungry for a fresh take on the genre can look forward to Space Warrior’s story mode, which hurls the player into a rich space-opera that spans the galaxy.” – Starkom about Space Warrior 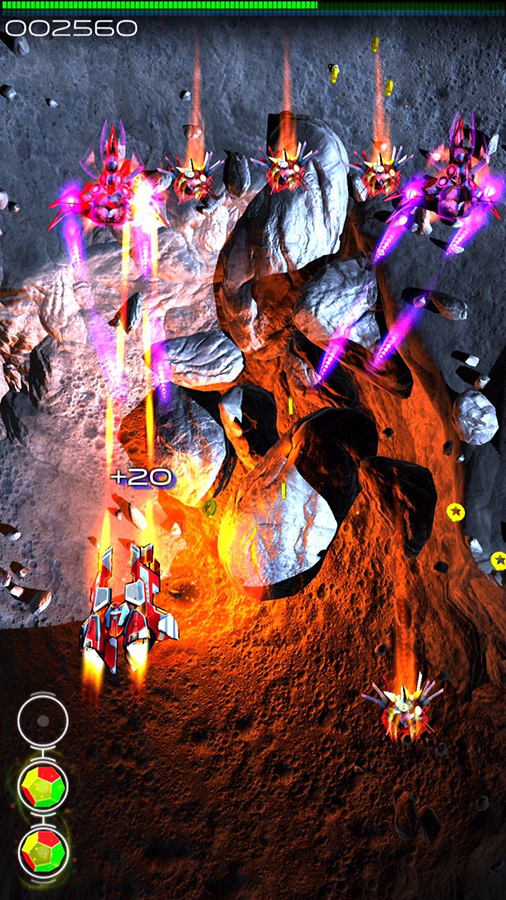 Controls are pretty straightforward, you mainly need to worry about just moving your ship so that you don’t die from enemy fire every 30 seconds. Firing your own weapons is done with just turning on and off your auto-fire button. As you progress through the game you’ll be able to unlock stronger power-ups, as well as being able to customize your ships different stats.

For those of you interested in checking out Space Warrior: The Origin, you can grab a copy of it off of Google Play for free and it does come with optional IAPs. You can check out some of the game with the trailer below.