Unfortunately, the description for this game is poorly translated into English using Google Translate. However we can get a few things from it, such as players will be able to select their commander/main character at the start of the game, and level them up, making them stronger with their own unique abilities. It does look like you will be able to control them in a more traditional action-style of gameplay, where you can hack up all kinds of enemy troops, as well as their commanders. They even have special finishing moves, much like a head-to-head brawler. 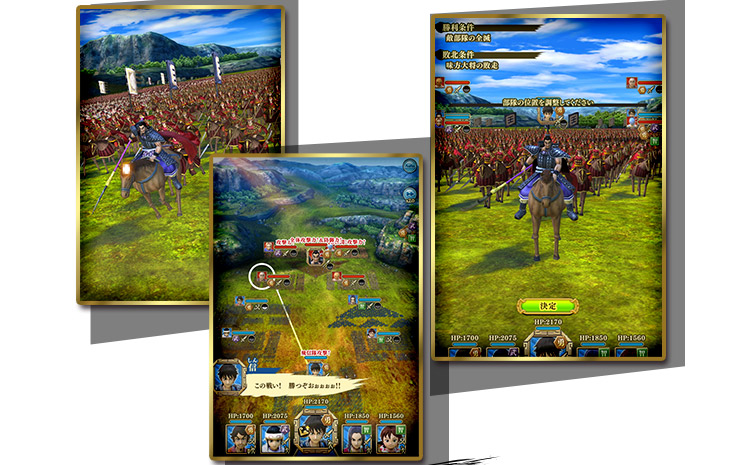 Players will also have an army at their back to command, sending in troops to take on your enemy’s troops. Many of the characters are original as well, and not from other titles in the franchise. Everything will take place on multiplayer servers which, according to Bandai Namco, with factions holding up to a million players each, making it sounds like a MMORTS. Everything will take place in real-time.

Of course some of these details might be slightly off due to the translation, but the game does look interesting. Right now there is just a general 2016 release time frame, and it will be free-to-play when it does arrive. There will likely be optional IAPs as well. Once we have more details, we will post an update. In the meantime, you can check out the trailer below.