The purpose of Squanchtendo is for Justin to team up with other developers in the VR world to create funny, innovative, story-drive VR experiences, many of which will be in the form of game releases. He was one of the original backers of the Oculus Rift when it first hit Kickstarter, and apparently already has a ridiculous amount of ideas for VR games himself. however it isn’t just him founding this company, but partnering with former Epic Games executive producer Tanya Watson.

Justin has helped make a couple of Rick and Morty games already, but more on the design end of things than programming, which is what he will also be doing at Squanchtendo. Tanya has helped produce multiple Gears of Wars titles, Fortnite, and Bulletstorm. So there is a good amount of experience already. So what is the first title? Well nothing has been announced as of yet, and right now the company is mainly looking for developers and other staff to join them for creating that first title.

If you’re interested in trying your hands at VR game development with this company, or just want to check out the new company, definitely check out their website as there is plenty of humor on it as well. There’s also a whole comic strip in the company’s blog (or below) to check out 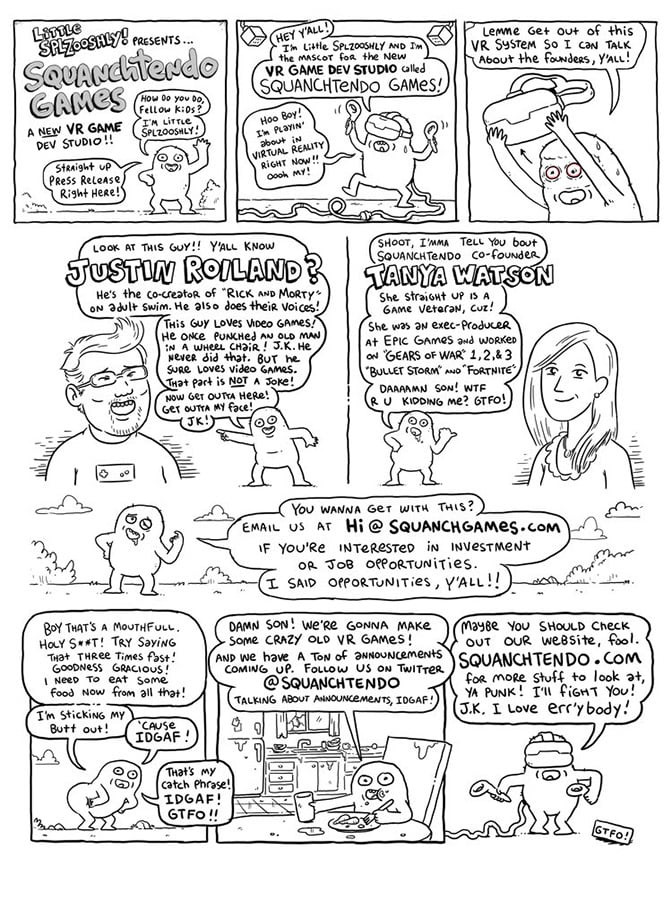