Duke Nukem 3D: Hail to the King collection will no longer be happening

Back in early 2015 we learned that there would be a collection of games heading to Android in the near future called Duke Nukem 3D: Hail to the King Collection which was being developed by Voidpoint. Since the initial story we followed the development of said collection of games, including having a great interview with Richard “TerminX” Gobeille of Voidpoint. However, now we have some bad news to report, which is this collection of games has now been canceled.

In case you missed all of this, Voidpoint acquired commercial rights to the original 1996 PC game Duke Nukem 3D, the expansions ‘Duke It Out in D.C,’ Duke Caribbean: Life’s a Beach,’ ‘Duke: Nuclear Winter’ as well as the N64’s original Duke Nukem 64 and PlayStation’s original Duke Nukem: Total Meltdown from 1997. This is what was going to be in the collection the company had planned on releasing. All of this would run on a new engine the company was developing, called EDuke32, and some of the games would be released shortly after the initial launch of the collection.

A few months after all of this came to light, including our interview, everything got kind of quiet about the collection’s development. This isn’t unusual though and actually tends to happen quite a lot, especially when developers focus on the game’s development and not hyping it up. However, it seems that this wasn’t the case actually and that Voidpoint has essentially ‘canceled’ the collection. By cancel they mean that the collection won’t be happening in the way that was originally intended. 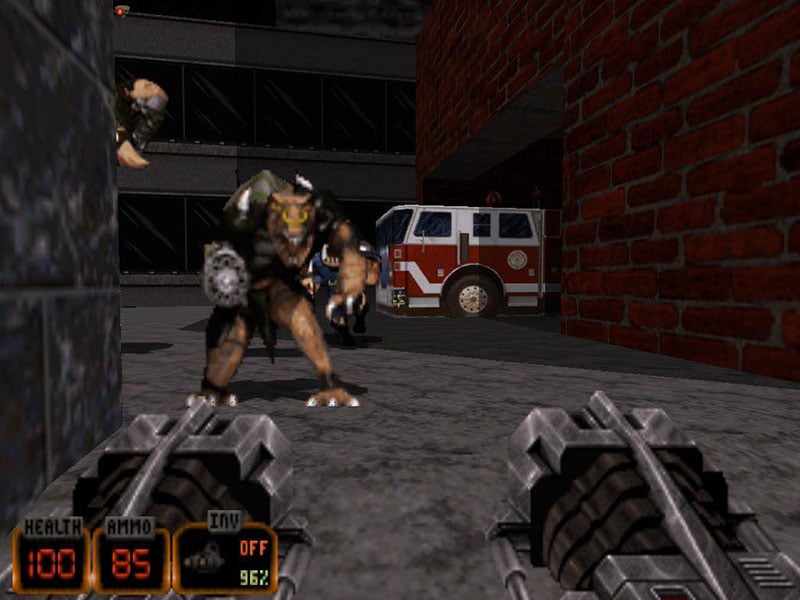 Long story short, basically when the CEO of Voidpoint went to Gearbox/3D Realms about the IPs for the above mentioned games, getting them transferred to Voidpoint, things went sour fast. According to Android Police who got in touch with Voidpoint, this is what happened:

When the contract was created, the representative from 3D Realms had the legal authority to authorize the license for Duke Nukem. However when Mr. Gobeille and the representative signed the contracts, he no longer had the authority to do so. While clerical errors like this happen often when it comes to licensing IPs, it usually isn’t an issue. In a normal transfer the new owner of the company can validate the representative’s signature and all is usually fine. This is for a normal transfer of IPs though, which this wasn’t because 3D Realms was going to Interceptor, while the Duke Nukem IP was going to Gearbox. Therefore, these contracts were rendered voidable under U.S. contract law, but at a very basic level a contract is rendered voidable if one party is bound to it while the unbound party has the legal ability to choose to oppose it. Gearbox decided to use their rights and opted to oppose this.

So basically this means the collection is dead in the water, at least for right now. This doesn’t mean that the story is over for the Hail to the King collection though, it is more of a temporary pause that could turn permanent. Voidpoint was apparently pretty much done with the collect and was gearing up for release when all of this went down. They were polishing it up for release. This doesn’t mean that a new agreement isn’t possible and that we could still see the collection arrive, but that may take a while to happen.