Fight back against invading zombie armies in Puzzle and Zombie – Arena, now out on Google Play 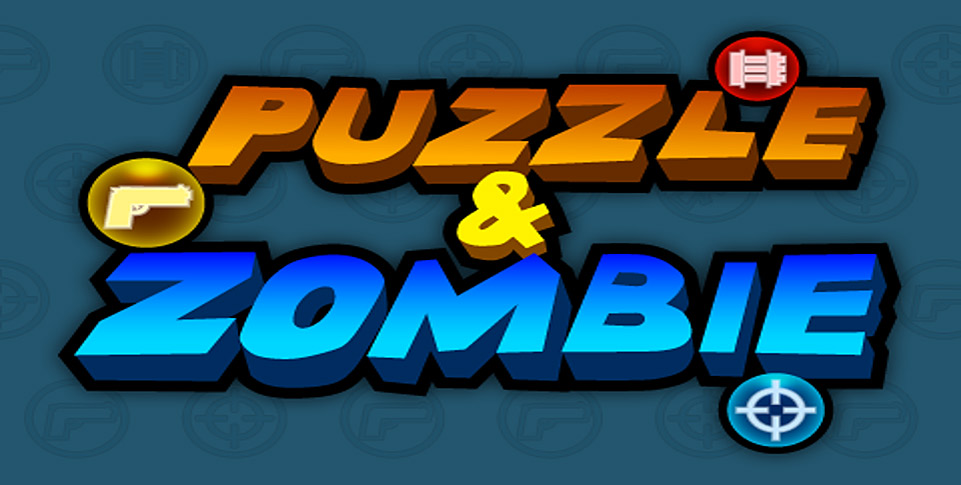 Released by Crab Soft, Puzzle And Zombie – Arena is a new hybrid match three game with a zombie apocalypse theme. Players will be looking to rescue survivors that are under threat of the zombie masses. Players will travel from one location to the next, and will fight against waves of zombies. The match three portion of the game is filled with a variety of items that either heal your party, or fire weapons (with a heavy emphasis on the latter).

For example, there are icons for pistols, rifles, chain guns, sniper scopes, and first aid. matching at least three of any one kind will activate the appropriate weapon (or health), with higher number of matches causing weapons to fire more rounds. Matching multiple sets will trigger the appropriate weapons, as well as stacking matches one after the other. Players will need to manage the amount of damage taken, either by party members or weapons, taking too much on a gun causes it to malfunction/shut down. Should all party members get damaged down to zero health, the game is over and players will need to try and continue from there. 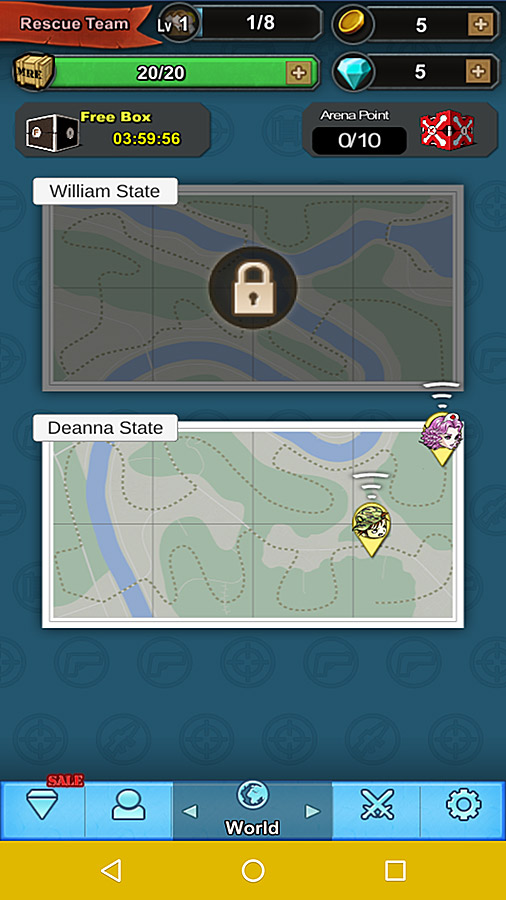 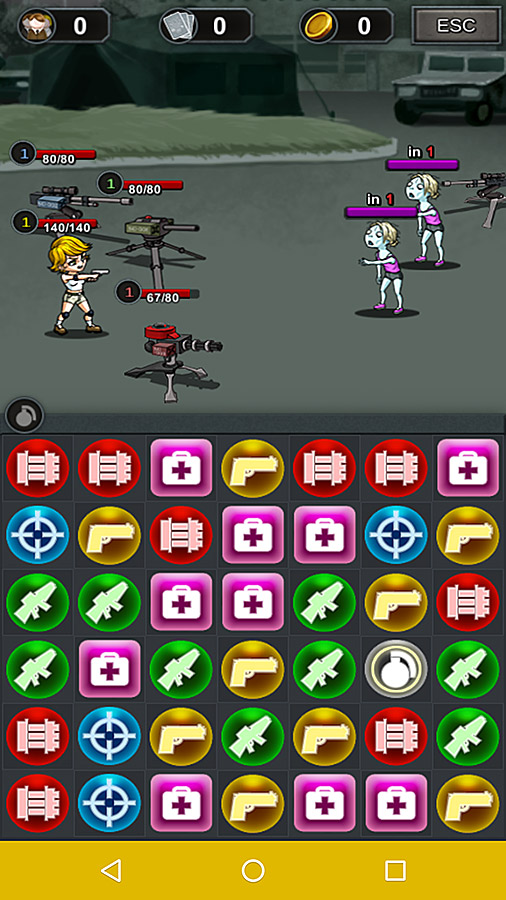 – Match the three puzzles to attack the zombies! Or heal!
– Horizontal, vertical, new ways to move a line
– Various characters and skills! It can be combined with various characters with passive, active, and ‘passive block’ skills
– The first attempt at network turn-based puzzle War Arena! Challenge to the highest score in the Arena and get the Arena Box.
– Special maps that going to Busan! Save So-Hee, Ryu, Dong-Suk in Special map.

Different characters can be acquired throughout the game, with each having unique skills. At the end of each wave (with a wave at each location on the map), players will need to face off against a boss. Once a boss is defeated, players are awarded prizes, such as upgrades to their weapons. The combat is formatted in a turn based, classic final fantasy style, so players familiar with that genre should understand what’s happening quite easily. Lastly, players can take on other players, in the Arena.

Puzzle and Zombie – Arena is available for free from Google Play, and it contains both ads as well as IAPs. Players can watch the combat in action, in the trailer below.