Rovio has announced that they have pushed out a new content update for their Angry Birds 2 game today. This update brings a decent amount of new content for players to check out including new levels, a couple of new Piggies to deal with, and a few new hats to grab as well.

In regards to the new levels, there actually happens to be 2 whole new chapters (called The Hamazonas and Copacabacon) which adds a lot of levels to the game. In fact each new chapter adds 40 levels, for a total of 80 new levels for you to work your way through. 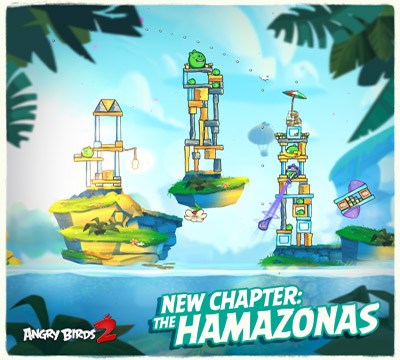 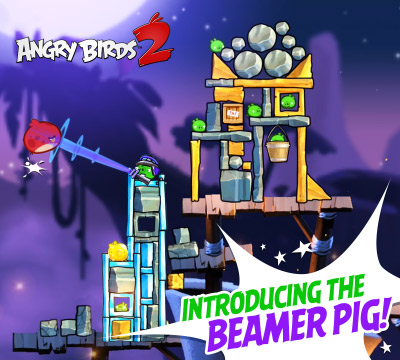 Because of these new levels, players will also have a couple of new Piggies to learn and deal with called Beamer Pig and the Pig Tower. The Beamer Pig is armed with a course-altering gravity beam, while the Pig Tower is a trio of pigs, one on top of the other, which will topple onto your bird if hit in the wrong way. Lastly, Angry Birds 2 now has three new series to collect. There is one series themed around back-to-school, another around the beach, and lastly a pirate theme series.

This Angry Birds 2 update is now available for download off of Google Play.