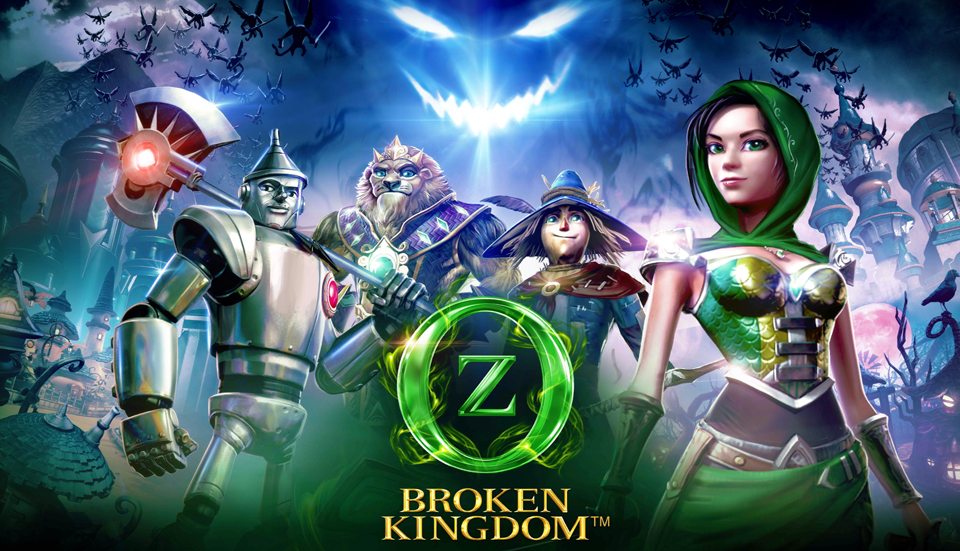 If you are a fan of the classic film The Wizard of Oz and enjoy role-playing games, then Nexon M and This Game Studio has a special treat for you today. Oz: Broken Kingdom is a new game that is free to play and available to download in the Play Store. It follows the character Ophelia Shen, who undertakes the journey in a world of Oz that will be unfamiliar to most, because the darkness has overtaken it.

The Wizard of Oz will always be an excellent movie. The Wiz was pretty phenomenal too, so if you enjoyed those movies and you are a gamer, then Oz: Broken Kingdom should be a game for you to check out. I have been watching this game for a while, as it has been in soft launch for a few months. The game really got a huge boost in marketing, when it was shown recently during an Apple event, and it looked amazing. I have downloaded the game already to start taking it through its paces, and I can tell you that the production values are quite high, and the world that has been crafted is fascinating. 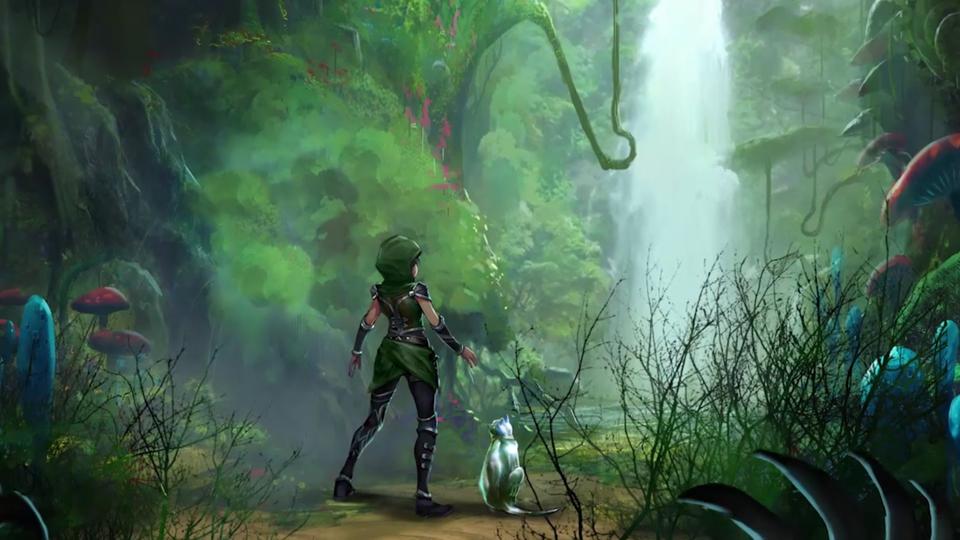 “Oz: Broken Kingdom includes a deep strategic turn-based combat system, character customization and evolution, as well as over 100 epic abilities. Players command Tin Man, Scarecrow, Lion and new heroine Ophelia Shen as they travel across the dangerous land of Oz to places like the Munchkin countryside and Glinda’s Castle in the story mode or battle against other players in real-time in the Arena of Oz.” – Nexon M/This Game Studio

There are few things that have impressed me about the game thus far. You can tell that great care has been taken to craft the story of the game. It will be interesting to see how the story unfolds. You are given just enough information to draw you in. When characters from the original story show up, you fondly remember them, but also see how they have evolved. Ophelia Shen is a powerful heroine and you see right from the beginning that she has some pretty amazing skills. The story is progressed through panels, and the artwork in each panel is extremely well-rendered. It makes sense that Apple would choose this game to show off during their conference. I can say the game runs well on my phone, but it did take forever for the game to download the additional assets for the game, so just be prepared to wait awhile. 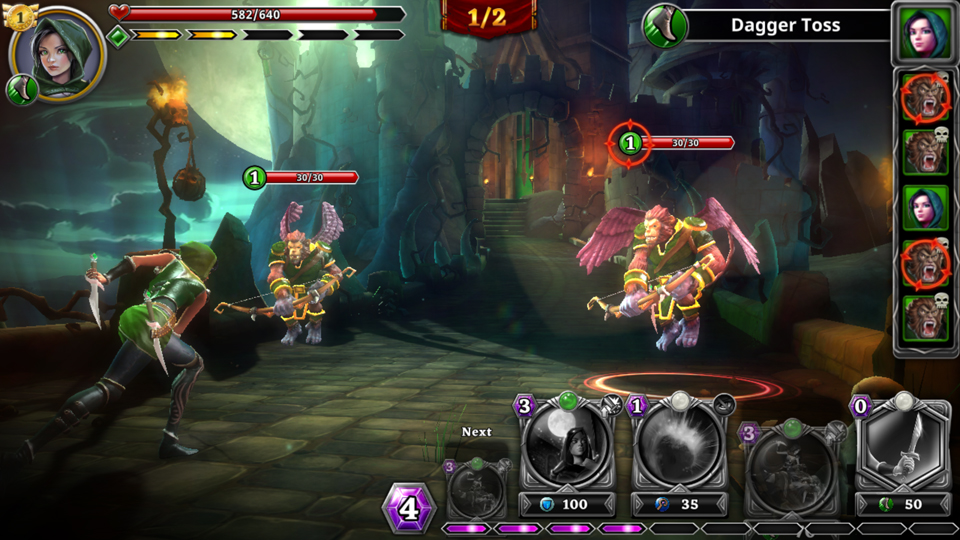 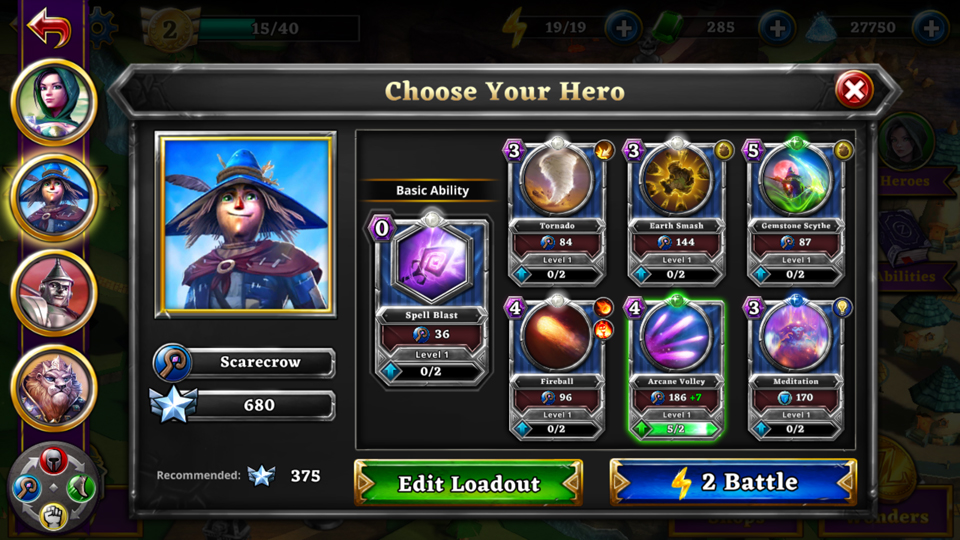 In the game you start off with a good tutorial as you learn to control Ophelia.  The battles in the game are turn-based and typically are three vs. three. During the first portion of the game, you will be able to control each of the characters through their own battle. This allows you to learn a bit about each of their strengths and weaknesses. There is quite a bit to learn, as each character can be upgraded, and they have multiple skills that can be used during the battles. Picking the right character in the battle will also be key to winning. You will have the opportunity to learn which powers overcome the enemies. The user interface is extremely easy to learn and laid out in a clean and simplified order. Winning a battle will net you three stars and other items like essence, keys and cards to upgrade your player’s abilities.

As I mentioned previously, this game looks amazing, it plays great so far and you can tell that the studios worked hard to bring it to mobile devices. The game is free to play and uses the standard energy/stamina bar within the game. Of course early on you get stamina upgrades pretty easily, but with in-app purchases capping off at $249.00, yes I said $249.00. It is hard for me to believe that you will be able to play this one without hitting a paywall at some point. 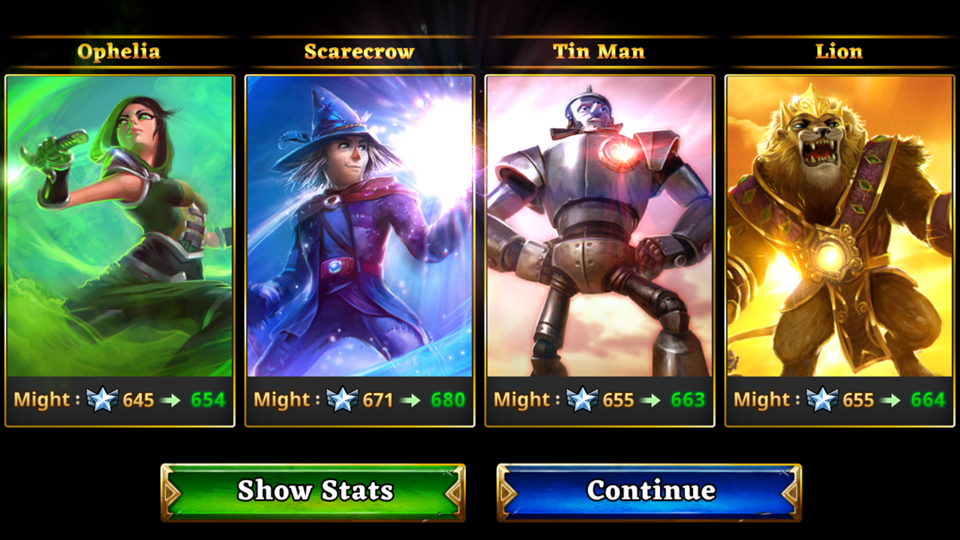 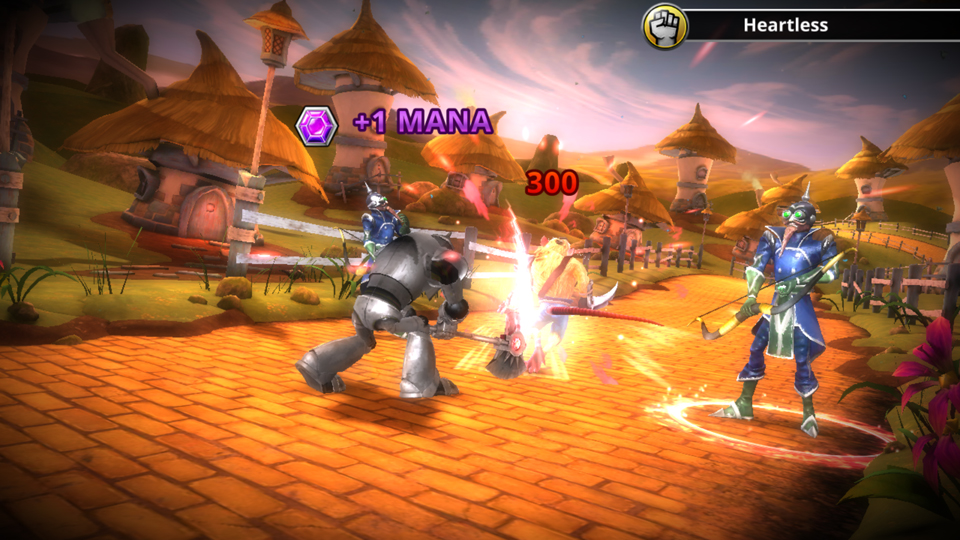 If you are intrigued by what you have read so far, or are a fan of rpg’s, then Oz: Broken Kingdom should be checked out, if nothing else for the good gameplay, stunning art and mysterious narrative. Just don’t forget it is free to play, and it has in-app purchases higher than any game I have seen in some time. I am going to play it to see just how far I can get. Hopefully the journey back to Oz won’t be a short one.