Developed by Visiontrick Media, Pavilion is a puzzle-filled adventure on Nvidia Shield that drops you into a dreamlike world with no explanation as to why you’re there or tutorial on what exactly you’re supposed to do. To make things things even more unusual, you don’t have control over its mysterious main character—a thin, sharply dressed man.

Instead he goes where he wants and does what he thinks is right, and it’s up to you to guide and manipulate him via the increasingly surreal environment. You don’t solve the puzzles in the traditional gaming sense… he does. But it’s up to you to create the right conditions for him to solve these puzzles. 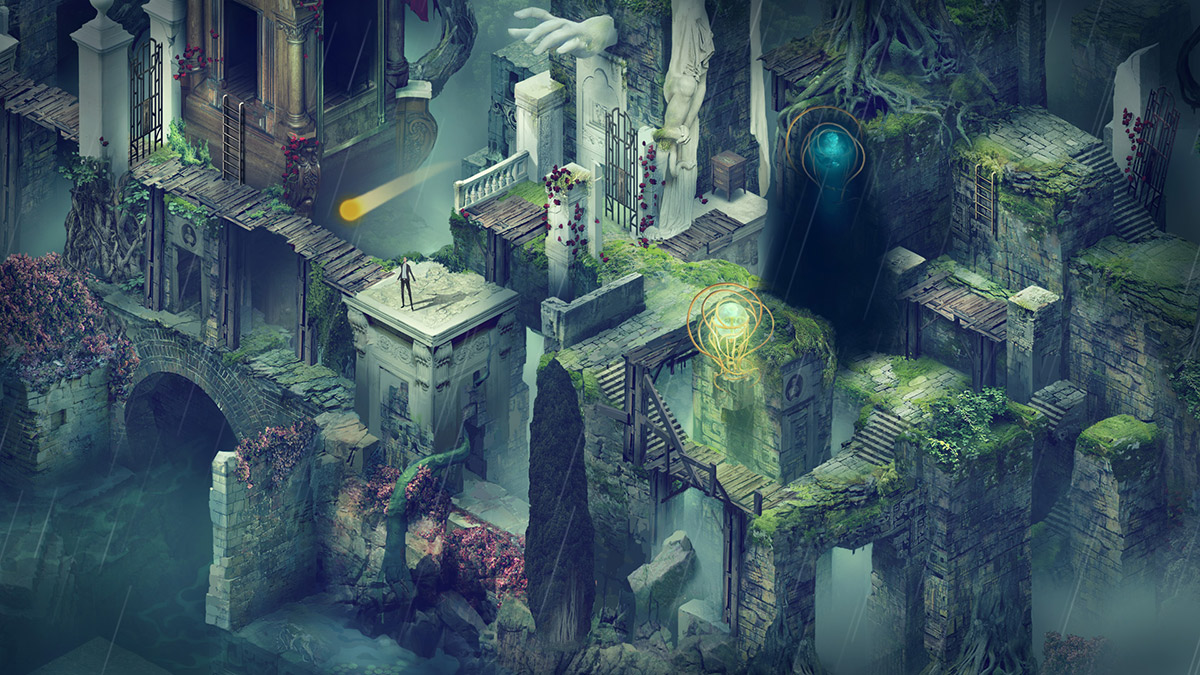 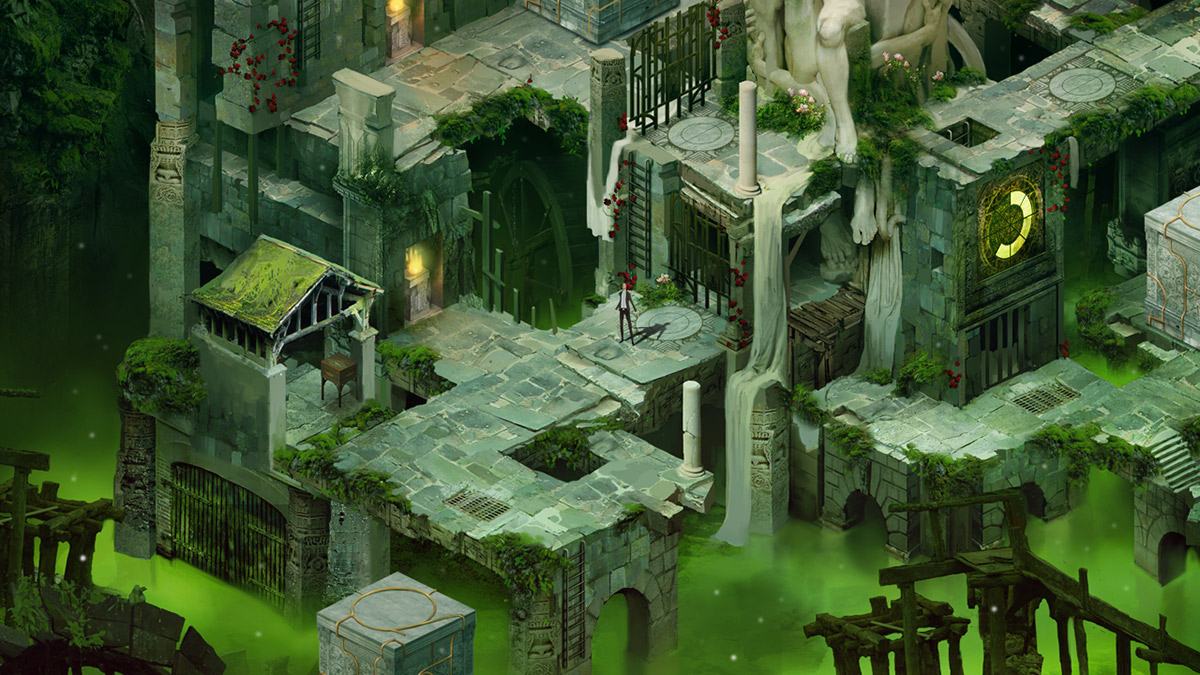 It’s an innovative game design concept and that’s why it’s been dubbed “fourth-person” gameplay. The third-person is when you talk about “they” or “them” – seeing the situation from the point of view of many individuals – while the fourth person is altogether less specific. The view is from an indeterminate being or beings.

In Pavilion’s case that being is of course you, the player, but what do you represent in the game? A god? A subconscious wish? A manipulator? It’s not even clear if the thin man you’re dealing with knows you exist. It’s all part of the deep mystery you’re there to investigate.

The way forward is somewhat ominous. The two-dimensional graphics are all hand-painted, and combine curvaceous life in the form of trees, roots and flowers with hard-faced and very formal architecture. The frequent statues are a foreboding mix of the two, especially when they’re distorted, sliced up or merely body parts, their faces etched with suffering. It’s an odd combination that reeks of ruin and decay, and is of course inherently mysterious – who built all this stuff, and where did they go? 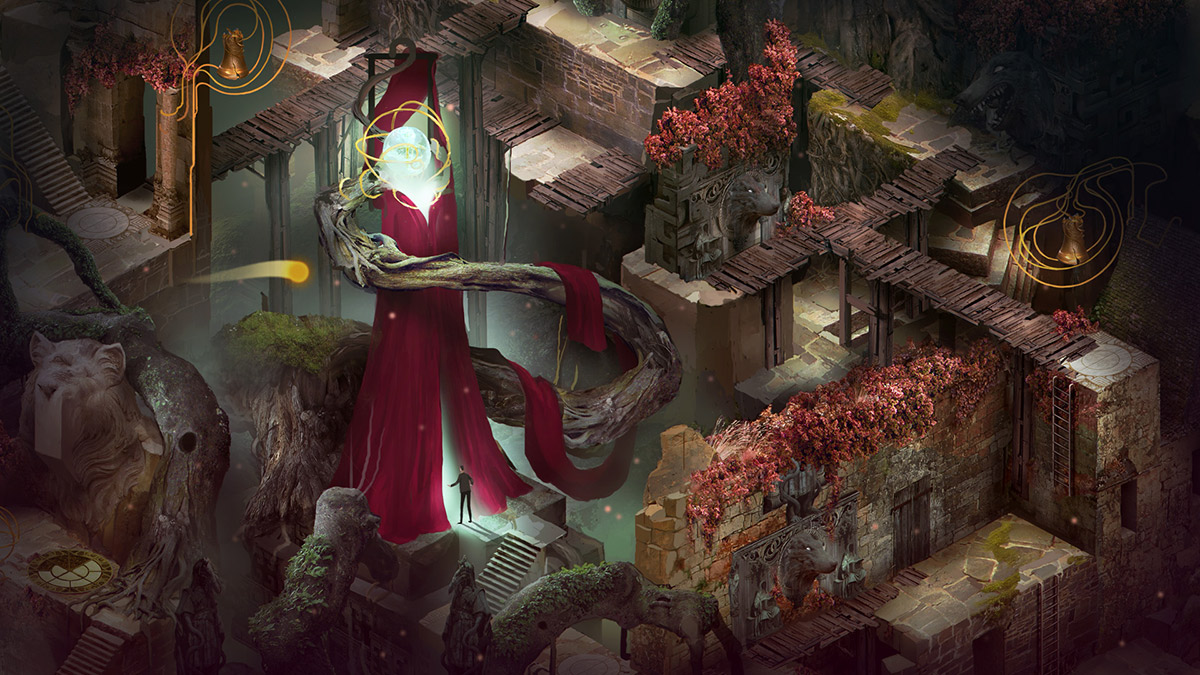 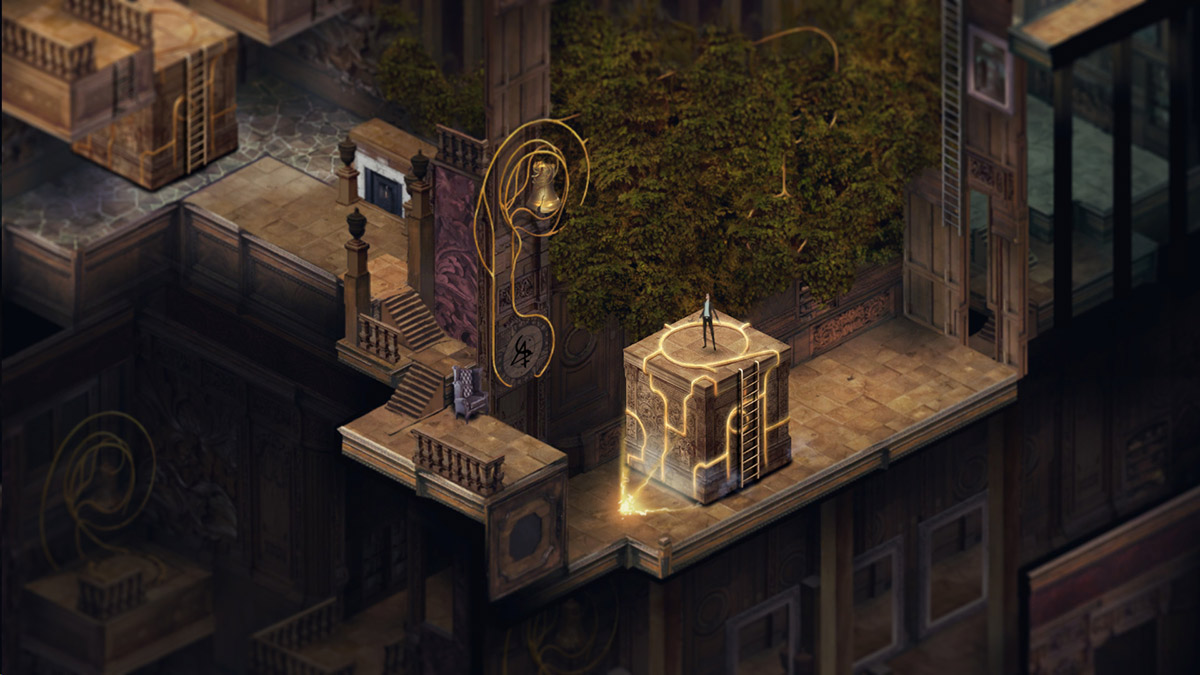 That is, of course, if it really exists at all. The tall central figure in his elegant suit maybe worldly and mundane, but all around him is supernatural. It’s a world where gravity, light, time and space do not always behave as they should.

A really affecting atmosphere needs great sound, of course, and Pavilion scores big there too – it’s been steadily picking up awards for months ahead of release, for its soundtrack as well as its visuals and gameplay. The ambient score is the work of Tony Gerber, a pioneer in “space music” that includes everything from electronica to guitars and wind instruments.

Pavilion is now available to download on Nvidia Shield for $9.99. You can check out the game’s trailer below.