Kemco has released their newest RPG onto Android today called Dragon Sinker. While Kemco usually releases retro-style RPGs on a fairly regular basis for mobile, this one falls into the realm of a more true retro style of game, featuring 8-bit visuals and chiptune soundtracks to listen to while playing through the game.

In Dragon Sinker, players will be taking control of their hero, who will be joining forces with other humans, elves, and dwarfs while on a journey to find and destroy the evil dragon Wyrmvarg. You’ll be forming a team throughout your adventure to kill said dragon, with a maximum of 12 heroes coming along for the ride at any given time. However, besides yourself, you’ll only be able to use 3 additional heroes in your party at any given time when in combat. You can swap them out for other heroes in your party of 12 pretty much at any time. 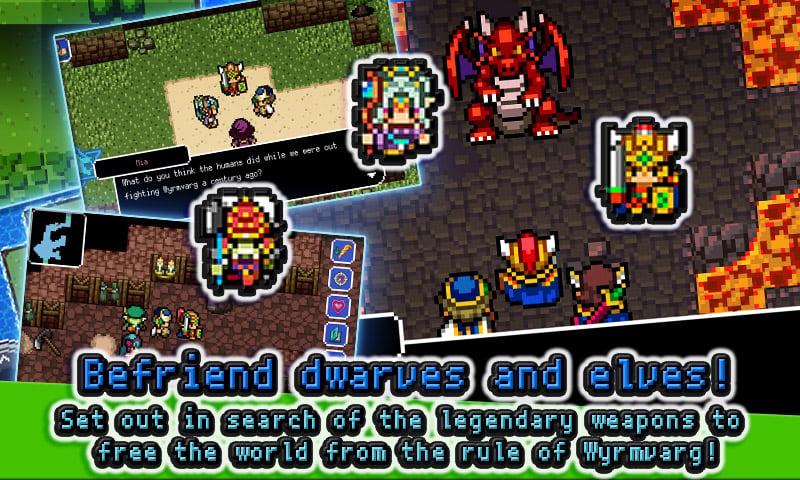 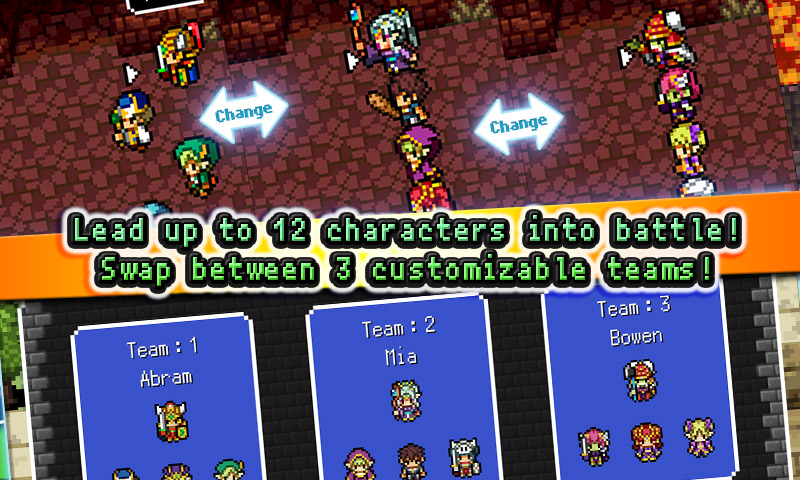 Each hero comes with their own traits and skills, and some of them also will receive boosts when teamed up with certain other heroes. So character selection can be pretty important at times. Heroes are found all over the world and can fall into one of the 16 different jobs/classes available in-game. All of this is wrapped up with 8-bit visuals and a soundtrack made by renowned game composer Ryuji Sasai.

For those of you who like retro RPGs or Kemco titles, Dragon Sinker can be picked up in two different flavors, a free version which contains optional IAPs but is completely playable without spending a dime, or a premium version for $3.99 which gets you a bunch of bonus in-game currency to use. You can check out the game’s trailer below.