[Update: Screenshots added] Mafia III: Rivals from 2K Games will be coming to Android in October. Pre-registration is now live.

2K Games has announced that they will be bringing their new Mafia III game to Android next month but as a spin-off game called Mafia III: Rivals. This particular version is being labeled as a battle RPG title, where you will be taking the position of boss and starting your own crime family with the goal of being the baddest around.

Update: September 22nd, 2016 8:06am PST: At the time of writing this article originally there were no screenshots available to check out. However, since that time 2K Games updated their Google Play listing for Mafia III: Rivals and added a few screenshots. We’ve added those to this article for everyone to check out. It looks a little more menu driven than originally thought, but it is still early to pass judgement on the gameplay. Thanks to Jon in the comments for the heads up!

Players will be assembling their own family which you will then use to try and seize control over New Bordeaux. This will be done through stealing, slaughtering, and seizing control of different areas in an effort to take it all over. You’ll be able to equip your characters/members with different gear, weapons (guns, knives, brass knuckles etc) and items (body armor and more), while letting them use modified cars and other vehicles. 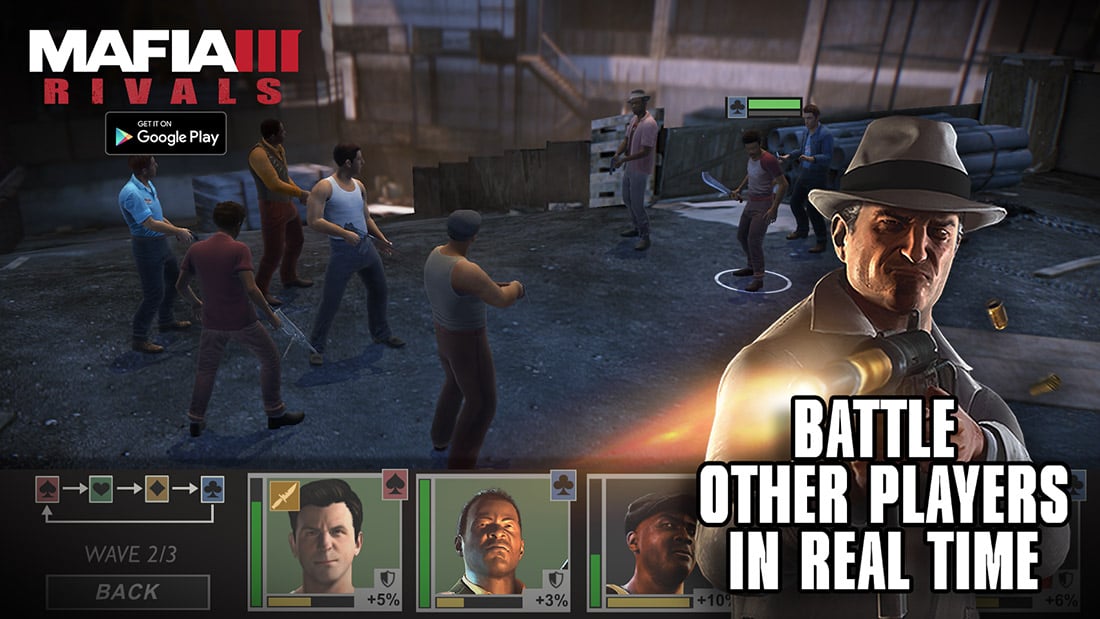 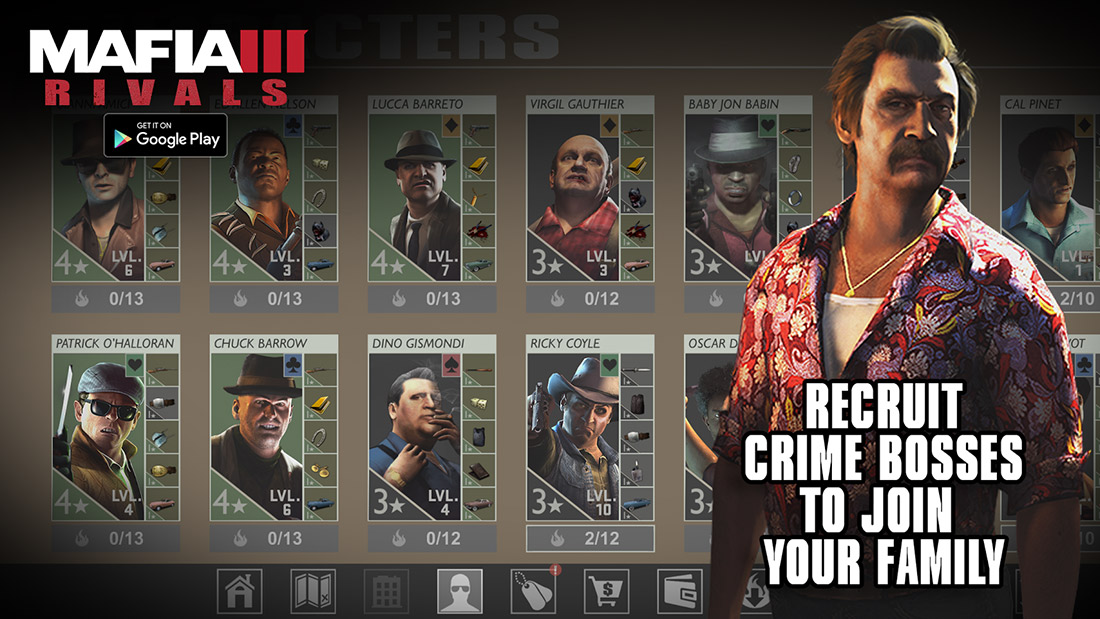 In total, players will be able to recruit and level up the skills of 40 different crime bosses, all of which are from the Mafia III universe. If anyone tried to stop you from taking over New Bordeaux, you will jump into a battle RPG style of combat, and if you win, you will collect your rewards. All of the battles happen throughout New Bordeaux’s Downtown District. These fights can be with AI opponents or against other players. As you take over more areas, you’ll be able to unlock and use more upgrades for your crime family. 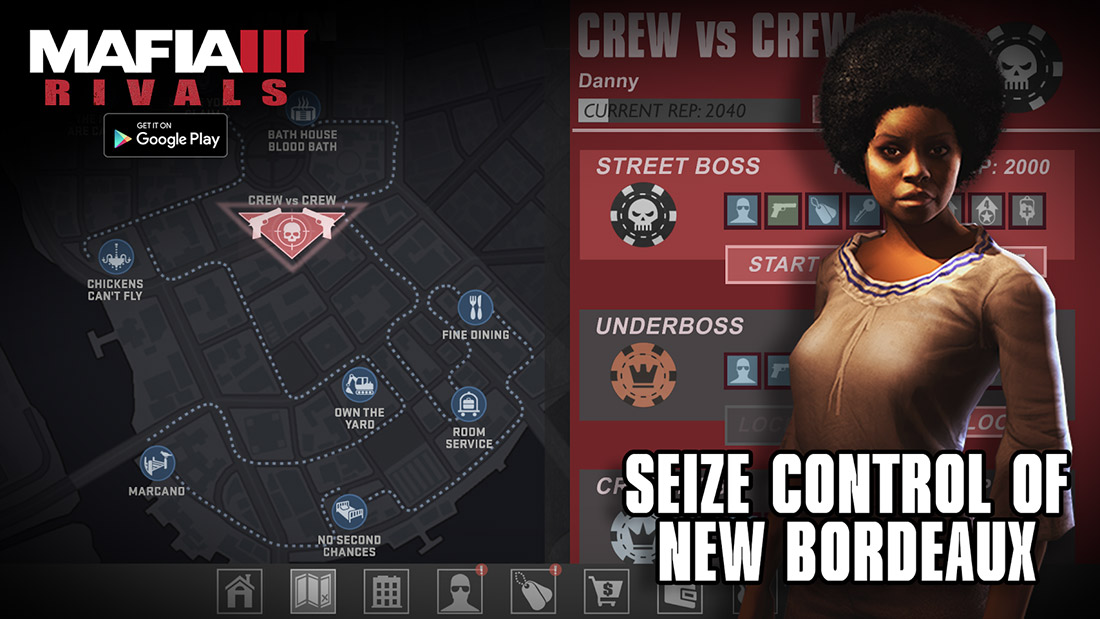 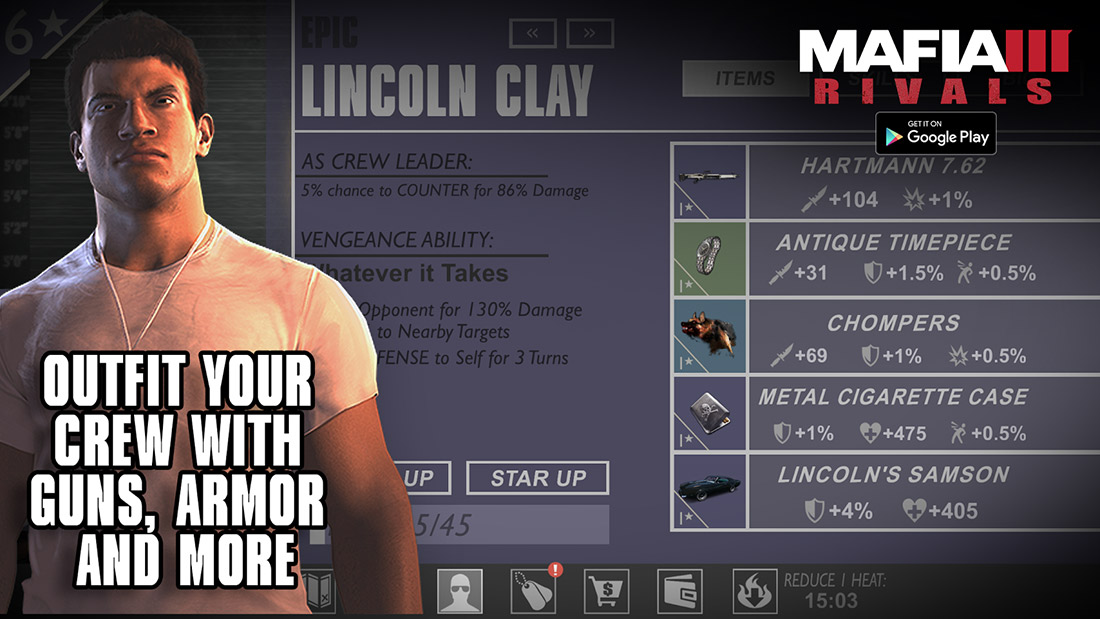 Mafia III: Rivals will be landing on Android on October 7rd, 2016. Right now there is no word on pricing, but this could very well have a free-to-play with optional IAPs setup with how this game sounds. You can pre-register for this game over on Google Play now. We will post an update once we learn more.