Bitfree Games will release Halfpipe Hero on Android this week!

If you are a fan of skateboarding games, then you should keep an eye out for the game Bitfree Games is releasing this week. Halfpipe Hero, which made its way to iOS earlier this year, is now headed to Android.

One button game play and clicker games have increased in popularity as of late. Bitfree Games chooses to use single button gameplay, but adds plenty of challenges and a huge dose of fun in their game. When Halfpipe Hero was released earlier this year, I was hoping it would finally make its way to Android. Bitfree Games let me know late last week that Halfpipe Hero would be arriving this Thursday, October 6th, if all goes well with Google Play. We hope it goes well, because we have had a chance to play. If you want a one word description, how about… fantastic! 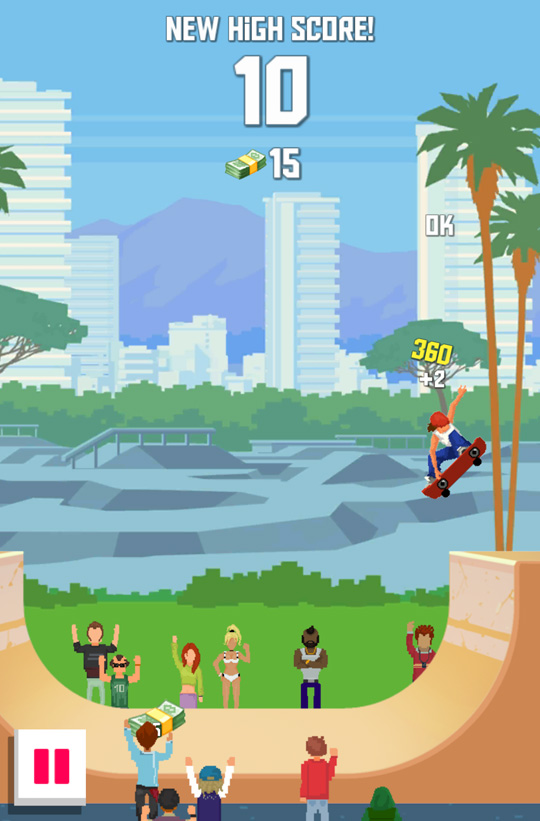 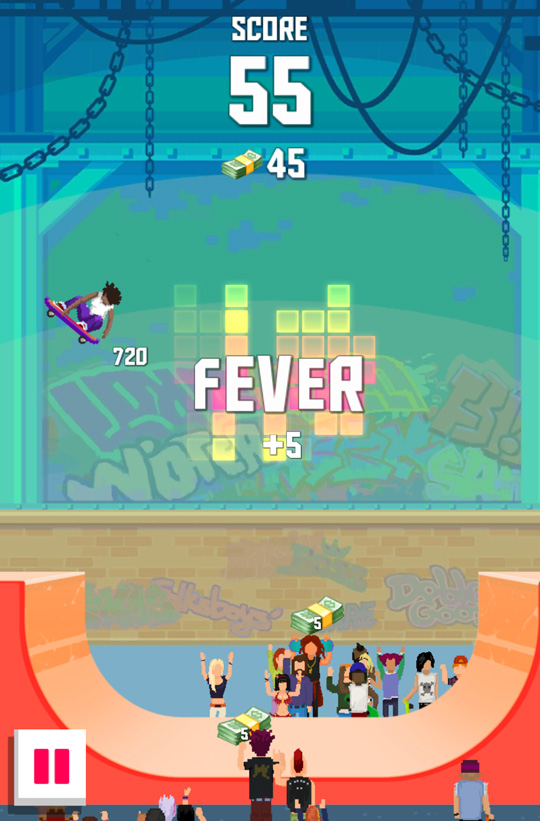 You start off with a single skater who is pulling off tricks in front of a crowd. There will be a variety of different environments in which you will skate. You have to unlock them, but that is all part of the fun. You unlock new characters and environments by successfully pulling off tricks. In each environment there will be three goals that you have to complete. Completing those goals earn you cash, as well as unlocking the next environment. The cash is used to purchase different skaters.

There are a set number of tricks that you can pull off. It won’t take you long to learn how to pull off those tricks. The challenge comes in when you have to put those tricks together in a combo. Now, that is a different story altogether. You really have to pay attention to what you are doing, or it will be an epic fail. You simply tap the screen at different points to get your skater to pull off different stunts. Tap the screen just before your skater comes out of the pipe and you pull off an invert. Tap the screen right before landing to pull off a grind. Tap the screen when your skater is in the center of the halfpipe and get him/her to pull off a 180 slide. When you have to throw in a 720, an invert and a 180 slide together, that’s when you know Tony Hawk is probably watching you and nodding his head. Seriously though, this game is contagious arcade fun. 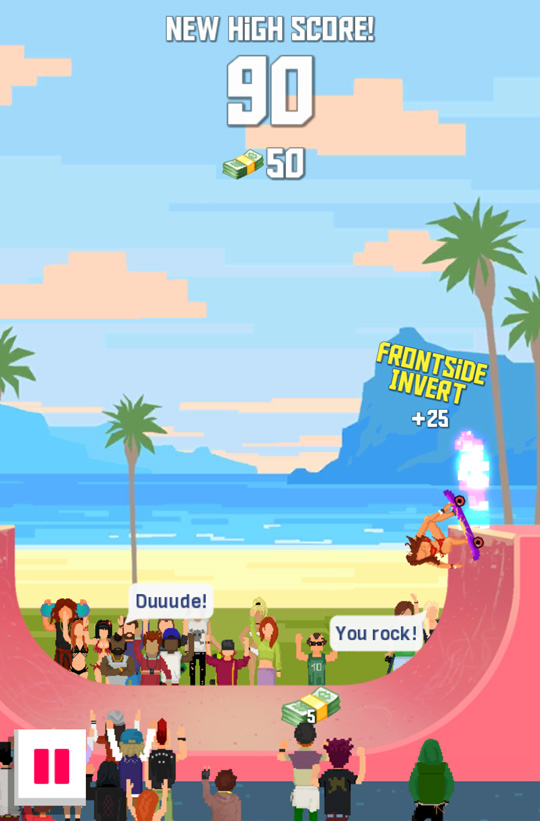 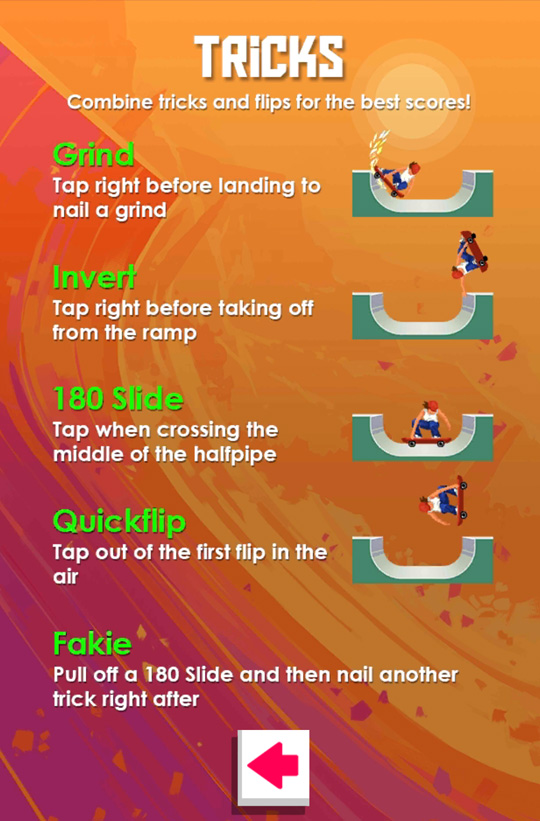 The graphics are pixel perfect, with just enough detail for you to differentiate between the large number of skaters. The environments round out the game play with onlookers commenting on your skills or failures. The game is well-rounded from controls, graphics and content.

Halfpipe Hero will be a free to play game. You can remove ads with a single in-app purchase for $2.99 From what we have been able to play so far, we think you will enjoy the game. The game is perfect for quick bursts of gameplay or longer sessions, it is up to you. Remember to look out for Halfpipe Hero dropping this Thursday, October 6th in the Play Store. While you are waiting for it, check out the trailer for the game below. As soon as the game goes live, we will update this article.