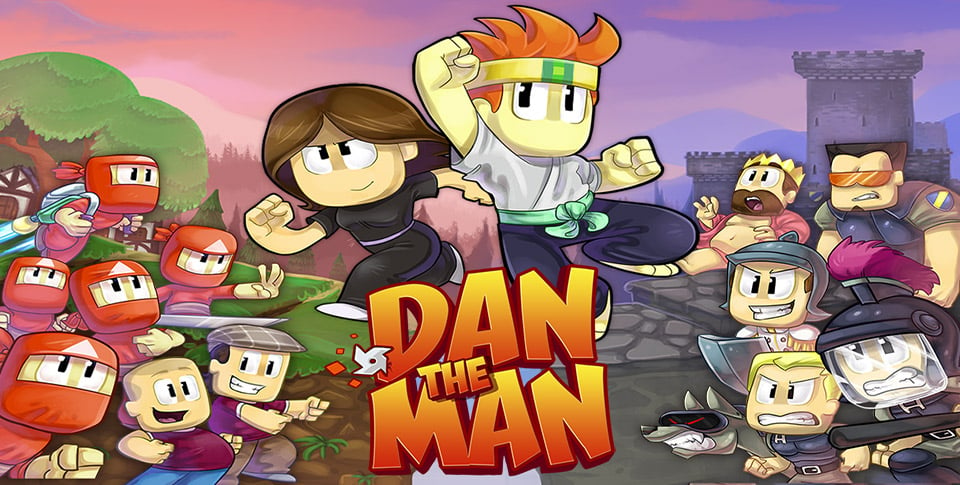 For those of you not familiar with this game, as we just mentioned Dan the Man is an old school beat-em-up arcade platformer where players assume the role of Dan, who is out to save the world from a variety of bad guys and bosses. It’s a very traditional style of platformer which, if you played them on the older consoles, then you’ll be right at home with how this game plays out. However, you don’t just jump, body slam, or punch the bad guys, you also have weapons and other goodies as well. 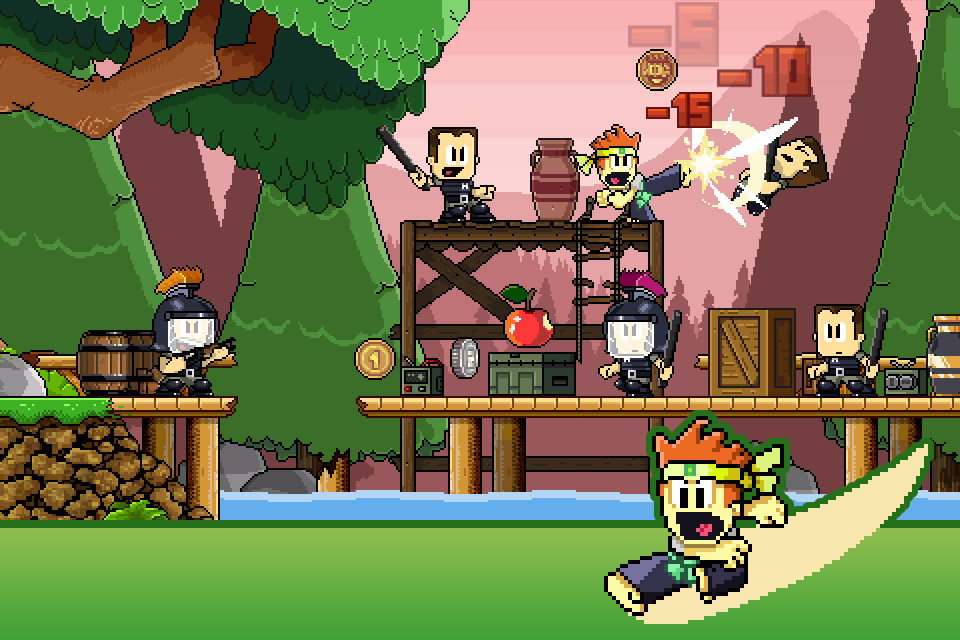 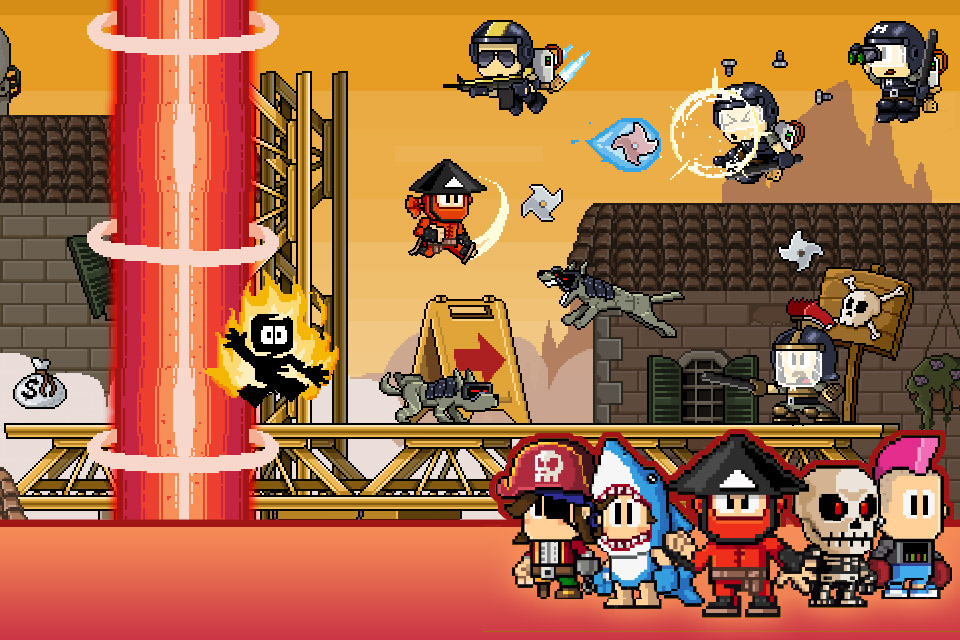 – Bone-crunching boss fights. These robo monsters will hit you right in the gearbox!
– Powerful weapons and upgradeable attacks.
– Create custom characters or play as Dan, super girl Josie and Barry Steakfries (as an IAP)
– Test your skills in Battle Mode.
– Daily events with super rewards
– Secret areas brimming with treasure
– Pinpoint controls with support for gamepads.

Dan the Man actually comes with a few different game mode for players to work their way through. There’s the traditional Story Mode, where you work through the levels and game following the story of Dan the Man. This mode contains 12 different missions to complete. There also happens to be three additional modes outside of the Story Mode which are Battle Mode, Survival Mode and Weekly Events. Weekly Events and Survival Mode are pretty self-explanatory, while Battle Mode is more of a direct boss challenge. 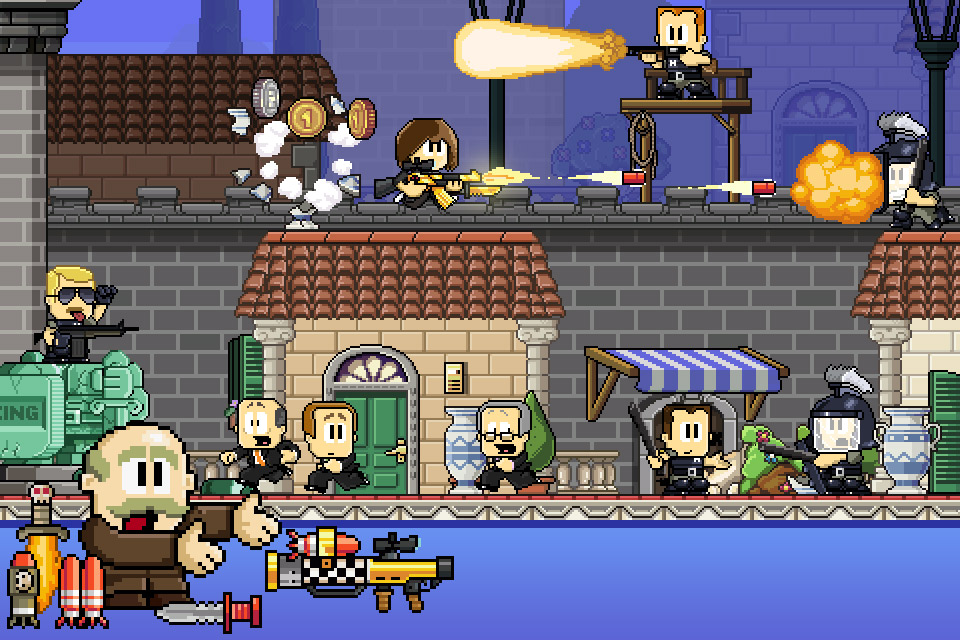 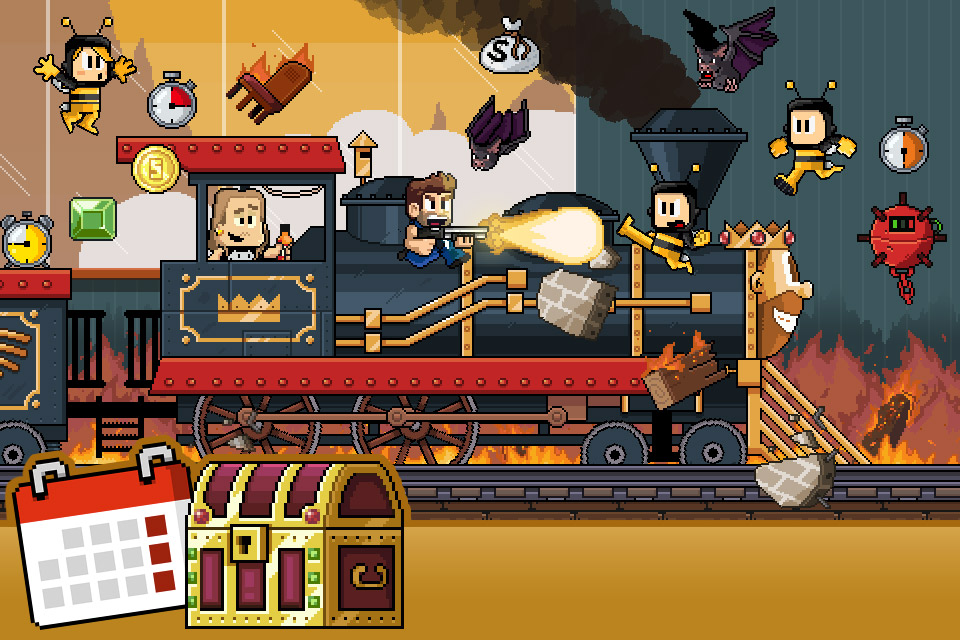 Along the way you’ll be collecting coins, improving your tech tree, getting upgrades, and trying to beat the game in Story Mode. You can also play as other characters, or create your own custom one. Dan the Man is now globally available for Android (and iOS) on Google Play and Amazon’s Appstore for free and does include optional IAPs.