For those of you not familiar with The Little Ones, it basically adds children into the mix. So while you already have a game where you need to make very difficult choices at times, throwing children into the mix certainly adds a whole new level of challenge to the game, including new tough choices that you’ll need to make. You’ll be viewing the game in an entirely new perspective, that being of a child. So your group will have both adults and children in it. 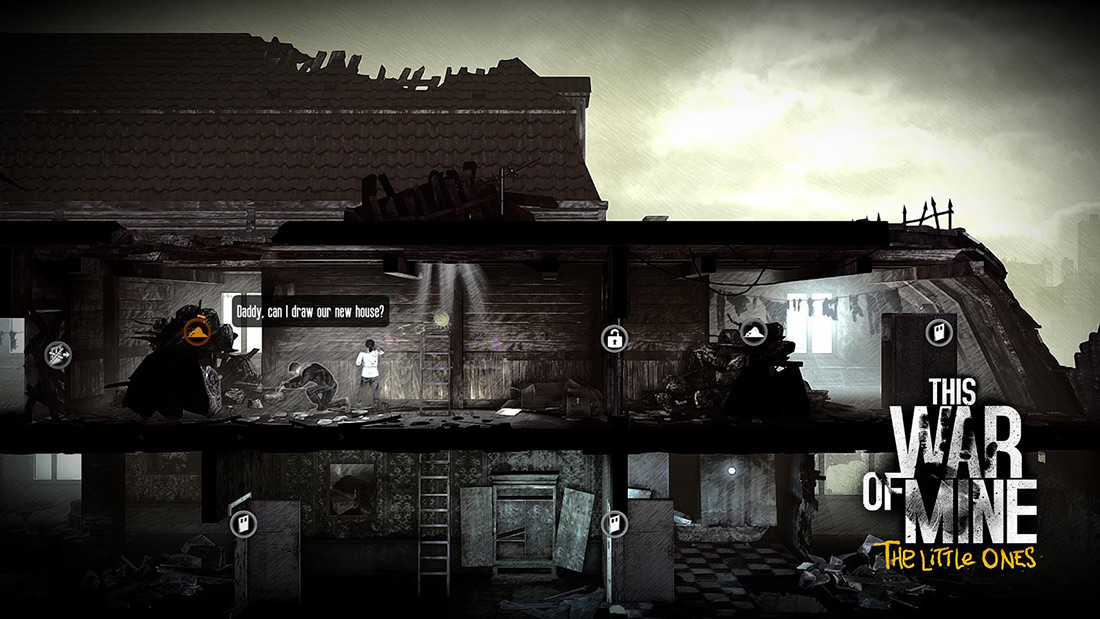 The Little Ones Features:

• Experience the biggest expansion to This War of Mine
• Protect innocent children
• Craft toys, play with kids, and be the caretaker they need
• Meet new adult civilians in scenarios with children

Children in this game are just that, children. So you will not only need to protect them, but as kids they will laugh, cry, play, and so on. You’ll need to play with them, make sure you are feeding them and keeping them happy, and other activities that revolve around kids. You will be doing this all while trying to keep your overall group alive.

The Little Ones is now available as a DLC within the actual This War of Mine game for $2.99. You will obviously need to own the game in order to get the DLC.