Magic Cube delivers all-out action in Smashing the Battle. If you are a fan of plenty of action, and wave after wave of enemies, then Smashing the Battle is a game you may want to check out. It stars a heroine in a mech-like suit, plenty of robot enemies, bosses and an interesting narrative that drives the game. Best of all, you can download and play it now.

In some games it is all about the action, and other games, the story reigns supreme. Smashing the Battle brings the two together as the main character Sarah O’Connell finds herself in a tough situation. THe place she has chosen to work seems to be under attack. Of course she didn’t sign up for being a hero, but when duty calls, you have to answer it. So begins this intriguing story that slowly unfurls after you play wave after wave of enemies. The suit she dons has some pretty amazing abilities. The action is good, the graphics are top-notch and the level of difficulty is one that may intimidate some. This is hack-and-slash gaming that is worth checking out. 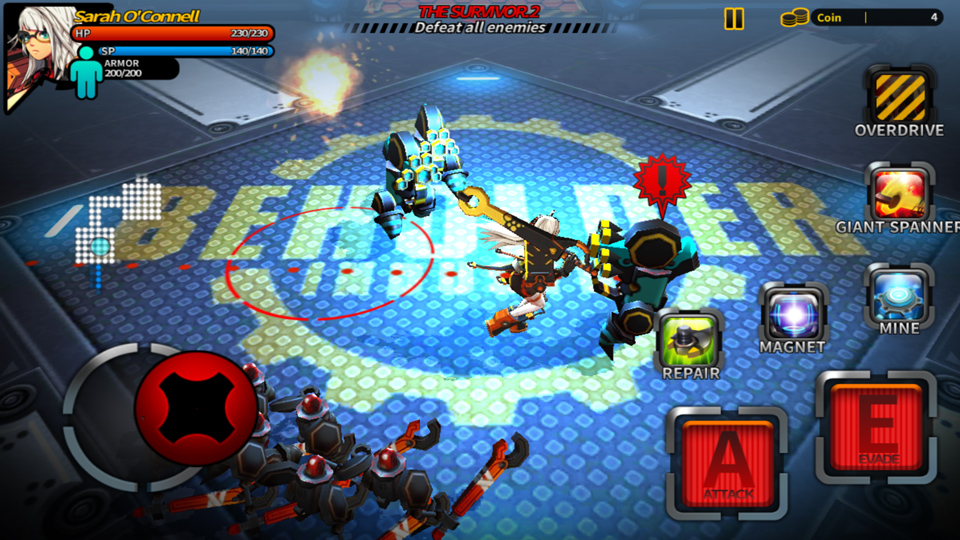 “In the year 2085, a huge multiplex construction site becomes a victim of massive scale hacking incident. Due to the hack, the construction robots start to attack the workers on site. What could have possibly happened? Now you can witness it yourself, with two unique characters to control and two stories to unfold.” – Magic Cube

It won’t take you long to get into this game. It starts off with an excellent tutorial that walks you through the different abilities of our suit. Once you have gone through a few levels, you will see how powerful the suit is, and how to use it to your advantage to take out the enemy robots. 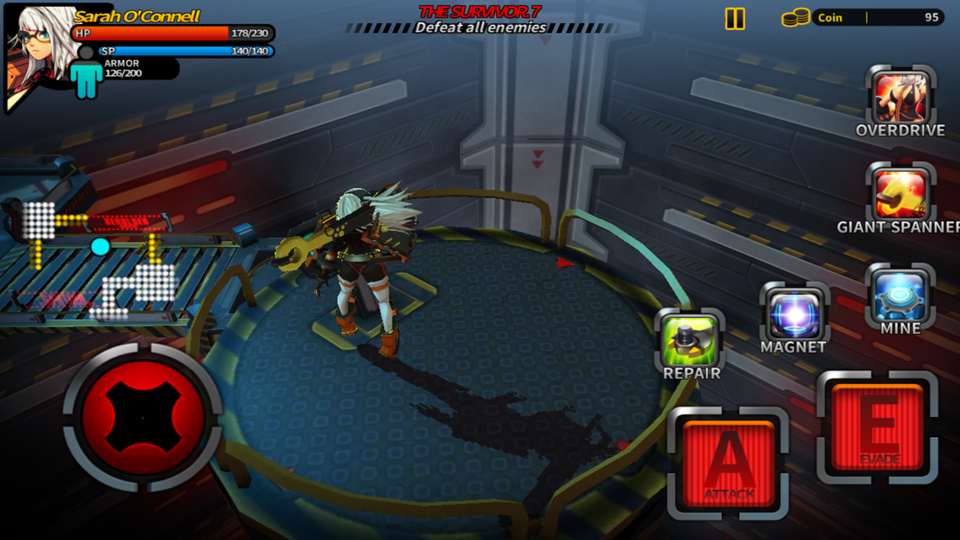 You control your character with a virtual d-pad on the left and power-up buttons on the right. The power-ups take some getting used to, because certain elements have to align for them to work against the robots. Once you familiarize yourself with when to use the magnet to draw the robots and then drop the mine, you will be able to get maximum damage. Clearing out the area with multiple maximum damage attacks, will allow you to three star the level. With multiple combos and maximum damage, you are able to rack up your points, score and coins. Otherwise, you will find yourself one-starring the level like I did in a lot of cases.

The visuals in the game are great. The story is interesting, albeit a little strange, but that is because you know something is going on behind the scenes. The more you play, the more you find out about who is really behind the hacking. Having the opportunity to play as multiple characters also extends the gameplay. 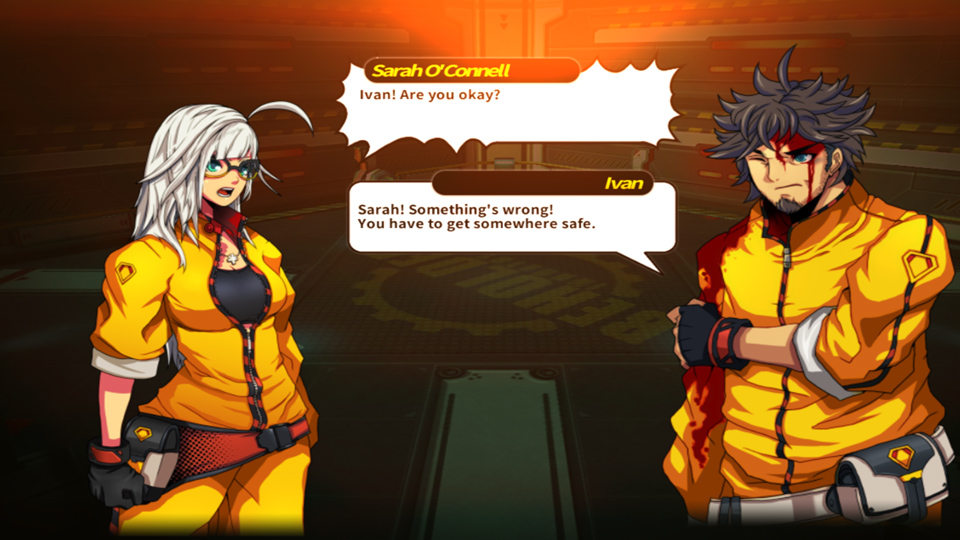 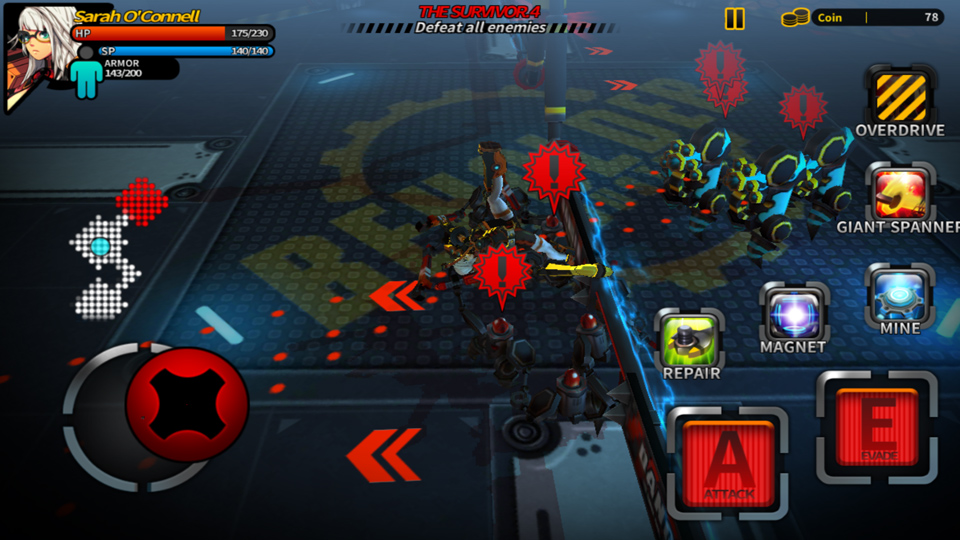 Smashing the Battle is $0.99 to download. The game also has in-app purchases that top out at $17.99, so it isn’t as bad as some others. The game looks and plays great and is a pretty impressive mobile title. If you like your games full of action and a bit of a story tossed into it, don’t hesitate to check out this game.