Telltale Games has decided to make a bit of a pricing switch for their Season Premier episode of Minecraft: Story Mode on multiple platforms. Originally costing $4.99, anyone who doesn’t have this episode, called Episode 1: Order of the Stone, can now pick it up for a lot less.

If you’re somehow unfamiliar with this series from Telltale Games, essentially you’ll be playing as Jesse, who you can chose to be either male or female, and once you’ve figured that part out, you’ll embark on an adventure across the Overworld, through the Nether, to the End, and beyond. Eventually you’ll make friends with the legendary Order of the Stone, which consists of a Warrior, a Redstone Engineer, a Griefer, and an Architect. They became famous for slaying the Ender Dragon. While at EnderCon you and your friends discover that something is wrong, at which point terror is unleashed, and you must set out on a quest to find The Order of the Stone if you are to save your world from oblivion. 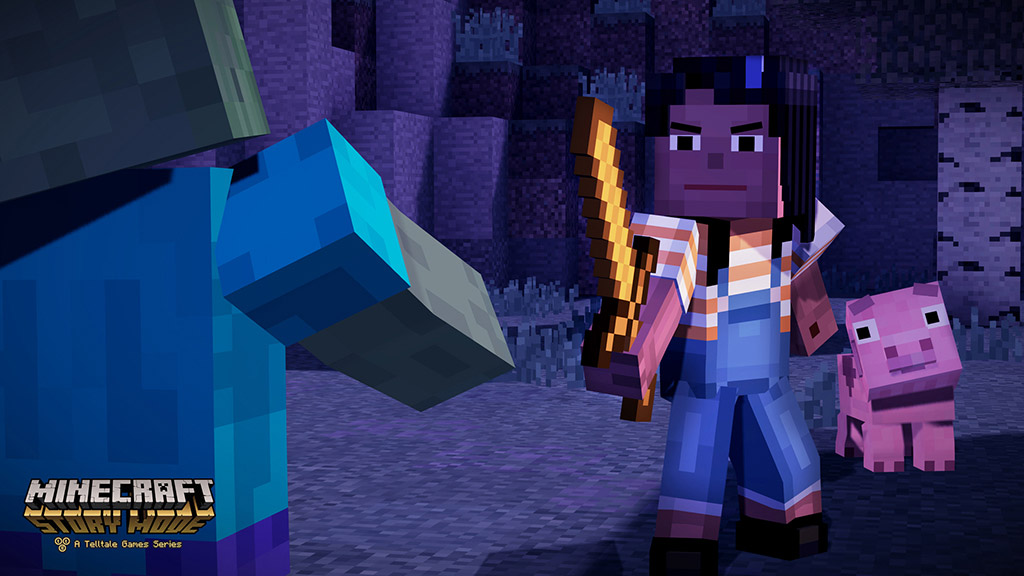 In order to play through the original storyline, and the expansion of it which was the three additional episodes (#7,8,9) Telltale Games came out with, you’ll need to own Episode 1, so if you plan to finally play through the entire series, you can now start off with Episode 1: Order of the Stone for free. The new price of free will remain that way from now on as well. You can purchase all of the original episodes through a Season Pass for $14.99, and grab the expansion called the Adventure Pass after you finish those first five episodes.