Kairosoft has released their newest game onto Android, in Japan first like always, called Million March. Of course the game’s name will more than likely change when the English worldwide version gets released in the very near future. In this particular game, it’s all about trying to become big in the music industry.

In Million March players will be taking on the role of someone who wants to become famous in the music industry. You’ll be starting off as just a small employee trying to make it big, but eventually expanding your reach in the music industry as a producer, until you have your own record label, and then making that as successful as possible. This also means you’ll need to deal with promotion, advertising, social media, CD production and so on, all of which surrounds your singers. You’ll begin with one singer, but eventually you will be able to take on more. 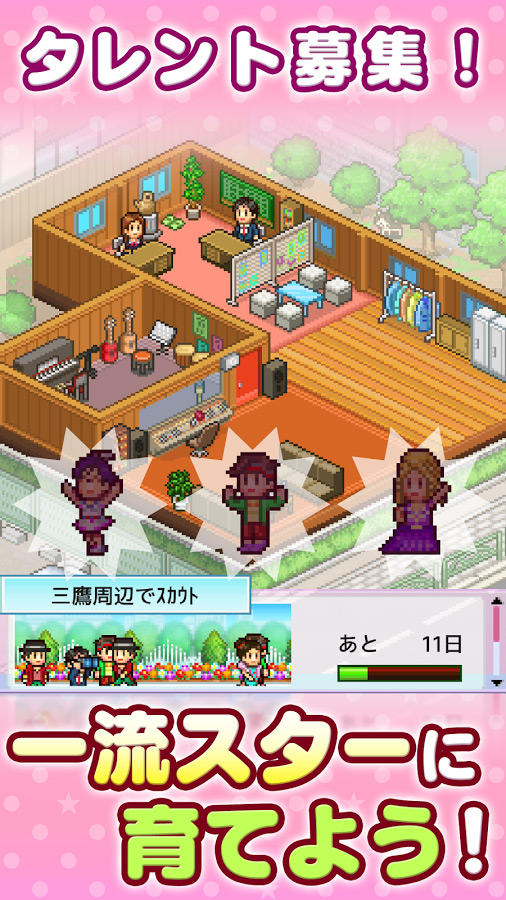 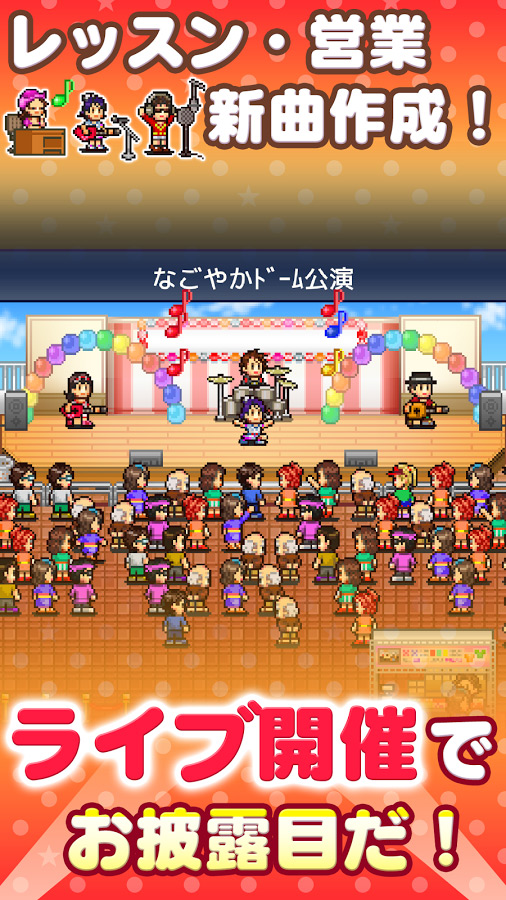 Your singer will need lessons and training in order to become better at their craft. Live interactive events and concerts will also need to be hosted if your singer(s) are to be successful. The more fans you gain for your singer, the bigger they become and the more money everyone makes. As CD sales increase, and your singer makes hit songs, you’ll be able to get nominated to win Music Awards. The ultimate goal is to win the Japan Million Award, which is more than likely where the game gets its name.

Usually when Kairosoft releases a game in Japan, it takes a month or two before it lands on Google Play in an English version on a worldwide release. If you want to play this version, you can pick it up off of Google Play now for $4.99. When the English version arrives, we will post an update.