Released by Undercoders, Trending Pharaoh is a game where players are in charge of the social network, on behalf of ancient rulers that are mostly based in Egypt. Players will have a list of options in front of them, that are the various social networks available to the pharaoh, and posts are made simply by tapping on that network, with the goal being to fill up that meter in order to gain a follower. 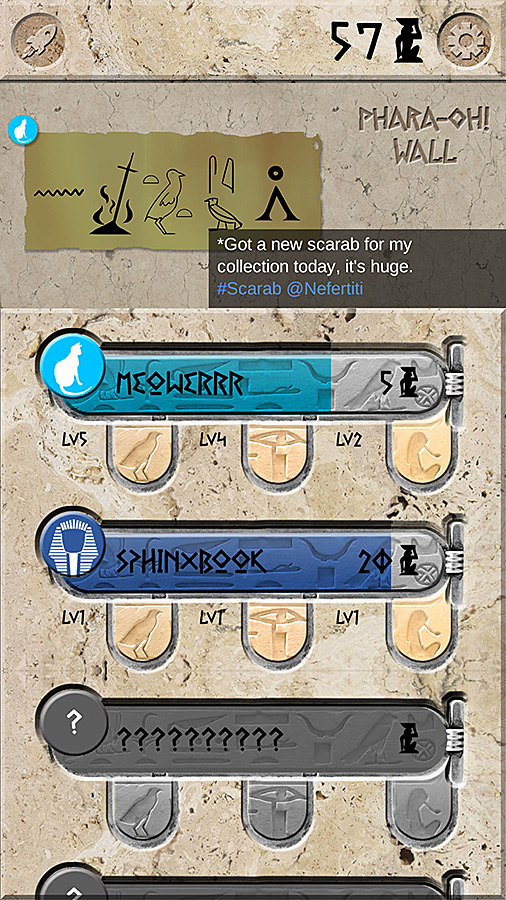 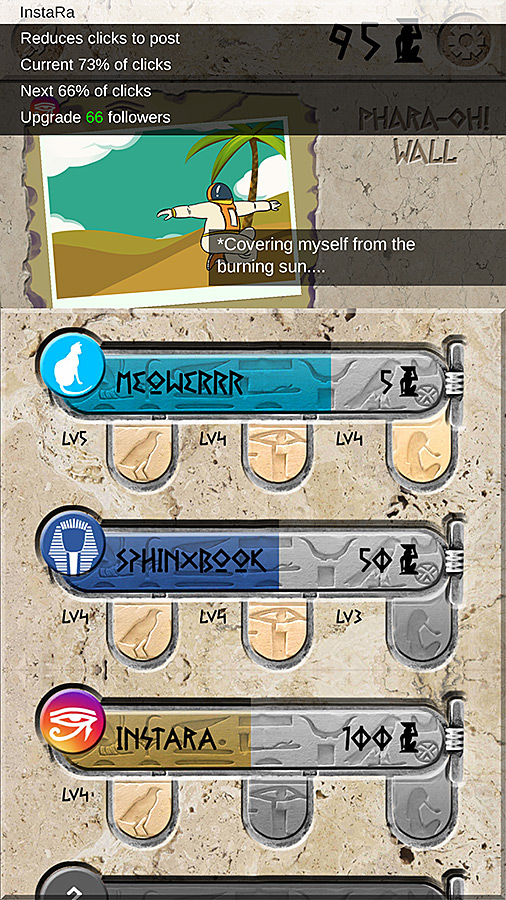 In short, this game is very much within the vein of idle clicker. The first (and only) social network that players begin with is Meowerrr, followed Sphinxbook, and so on. While accruing new networks, existing ones can be leveled up, as more followers are acquired, whether it’s leveling them up faster/on fewer clicks, or acquiring more followers when completing that level, or even having the networks complete themselves, so you don’t have to try to fill up two or three levels at once.

Trending Pharaoh is available for free from Google Play. The game does contain both interstitial video ads, as well as optional In App Purchasing. Check out the link below, to see the game’s page on Google Play.