Launch your way around obstacles in Circularity, now available from Google Play 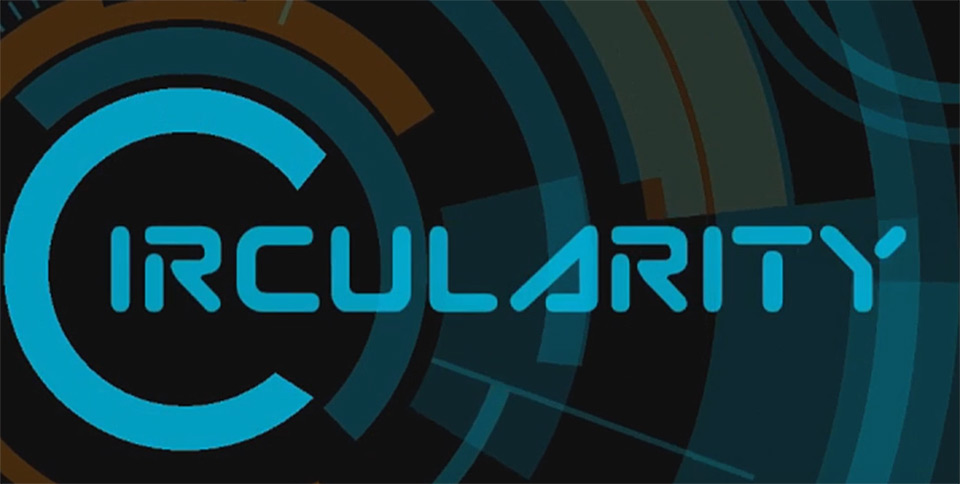 Players will begin by tapping the screen to cause the blue dot that they control to have a single, radial line begin to rotate around it. Tapping again will launch the blue dot in that direction, until the player taps on the screen again. Once players get the hang of it, this tapping mechanic that alternates between aiming and launching, creates the sensation that it is almost skipping or ricocheting around obstacles, avoiding walls, and so on. 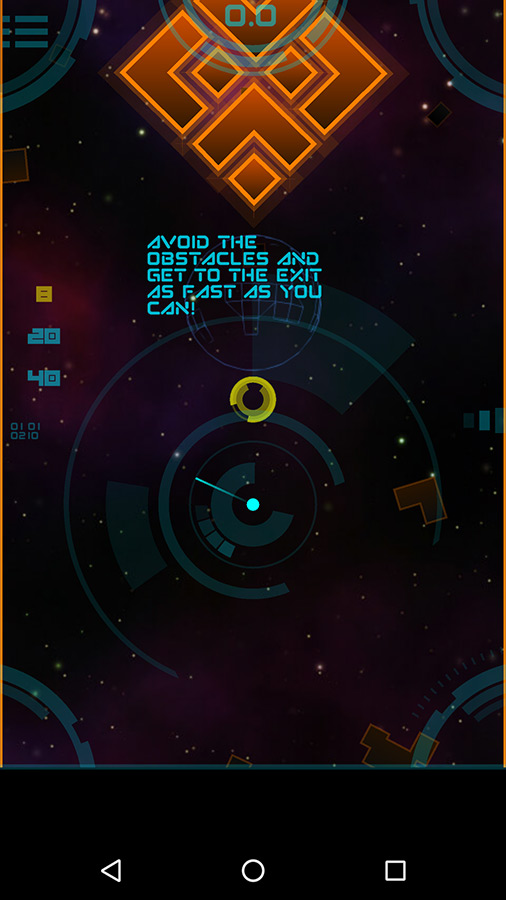 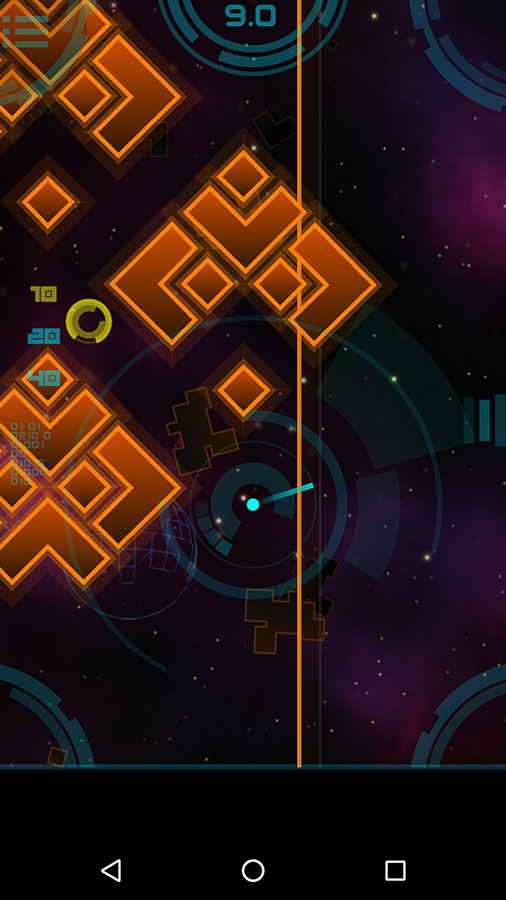 You will be scored based on how many (or few) times that they stop and aim, along the way. Should players allow their dot to come into contact with an obstacle or the wall, then players must begin the level again. All told, there are fifteen levels available within the game. Circularity has a backdrop of outer space, and the game’s elements are all in bright, neon outlines, and come in different colors. Lastly, there is a global leaderboard, for those looking to compete for the highest score.

Circularity is available for free from Google Play. The game does contain ads though, in the form of a banner across the bottom of the screen. Players interested in seeing more of the game in action can check out the trailer below.