The Revenge of Johnny Bonasera Review: A rather twisted game about bullies

I had the unique pleasure of checking out The Revenge of Johnny Bonasera game which is based on a kid who is bullied and picked on by some larger, unscrupulous neighborhood punks. These punks abuse both Johnny and his sandwich which causes Johnny to take the law into his own hands to serve a bit of justice. There is actually a map of the neighborhood in which the main character, Johnny travels.

One issue I had when on the hunt of the game was discover that I could only find the demo unless I typed Johnny Bonasera without the ‘Revenge of’. In reading the reviews on Google Play, it appears the full version is showing up for some gamers. Perhaps this is a location issue or a setting based upon the developer’s pick. Either way we have contacted the developer over this issue and it seems to be fixed now. 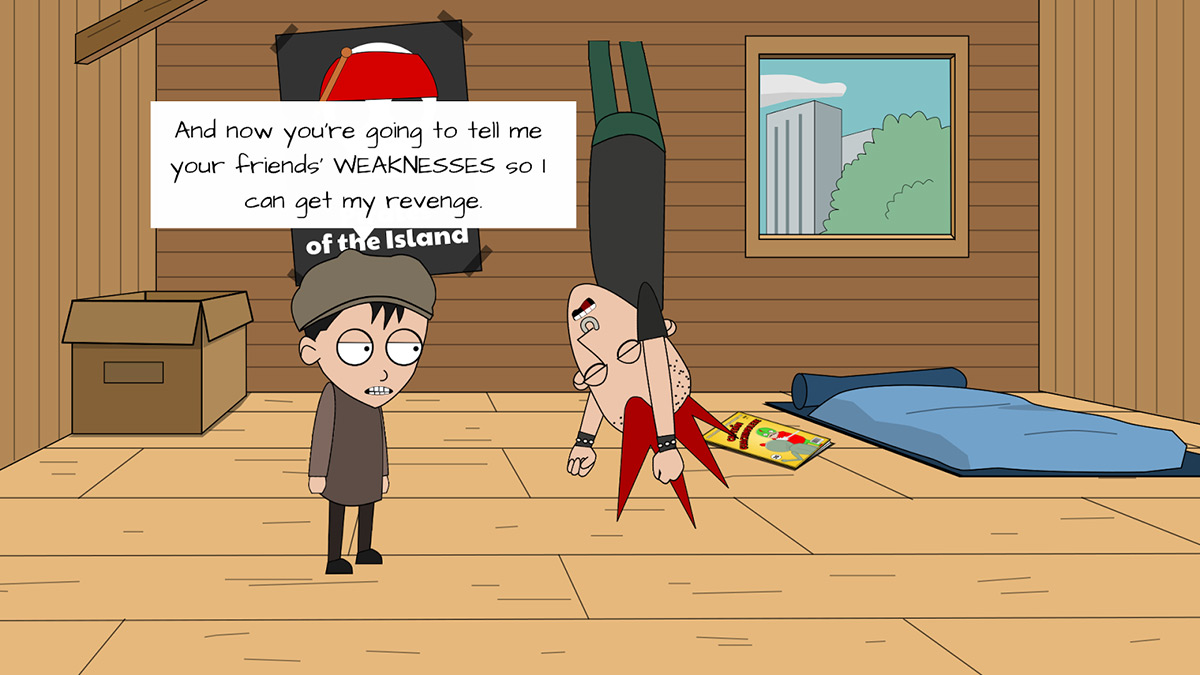 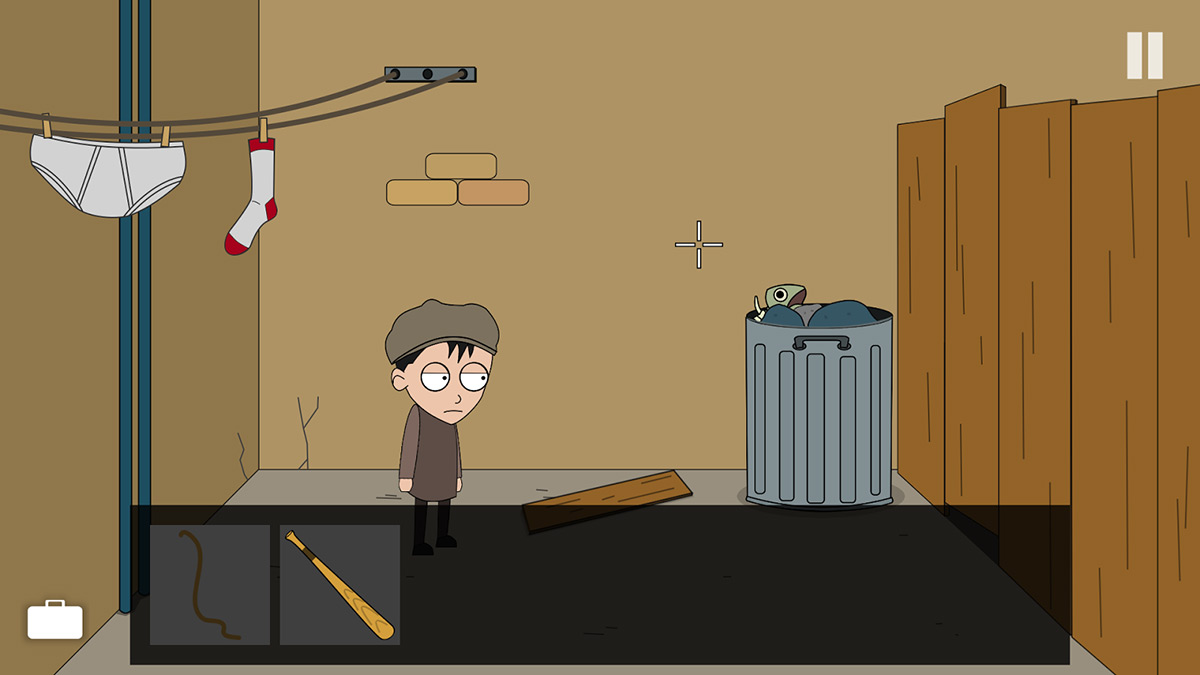 When I first started this game, I must admit I was taken back a bit about a game that features bullying a child. There was even one point where it appears the poor kid is getting kicked in the nads. Yes, the nads people which is plain wrong, wrong, wrong. I admit that it somewhat bothered me at first, however, beating up on bullies was somehow a delicious treat for my sick and twisted mind. Now, when I say sick and twisted, I mean the one punk is literally pissing in the alley, or the fact Johnny actually dips a sock into said piss to torture the same punk from the alley.

Another part of the game that was oh so awe inspiring was the apparent six year old (at least he looks like he’s 6yrs old) asking for a smoke on the side walk. You are able to use various tools for different actions which include a bat which you find, with which Johnny proceeds to beat people with, usually in order to procure information regarding his next target. Johnny’s pinata of choice for gathering information is a punk he hangs upside down from his tree house ceiling. 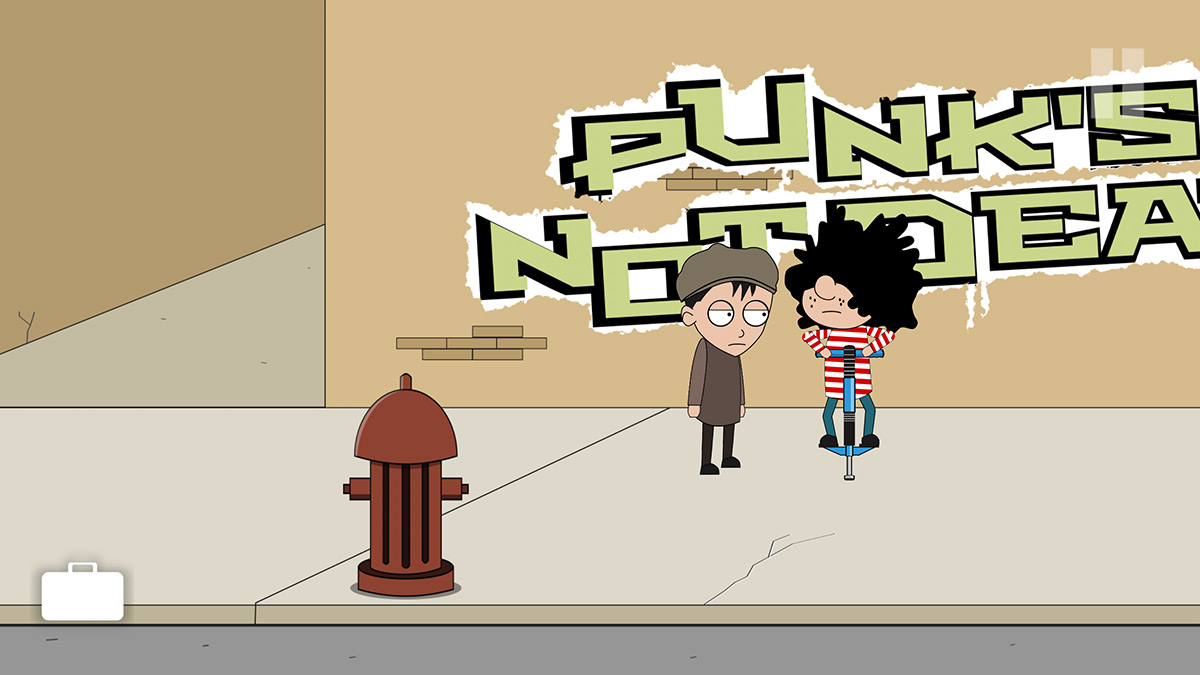 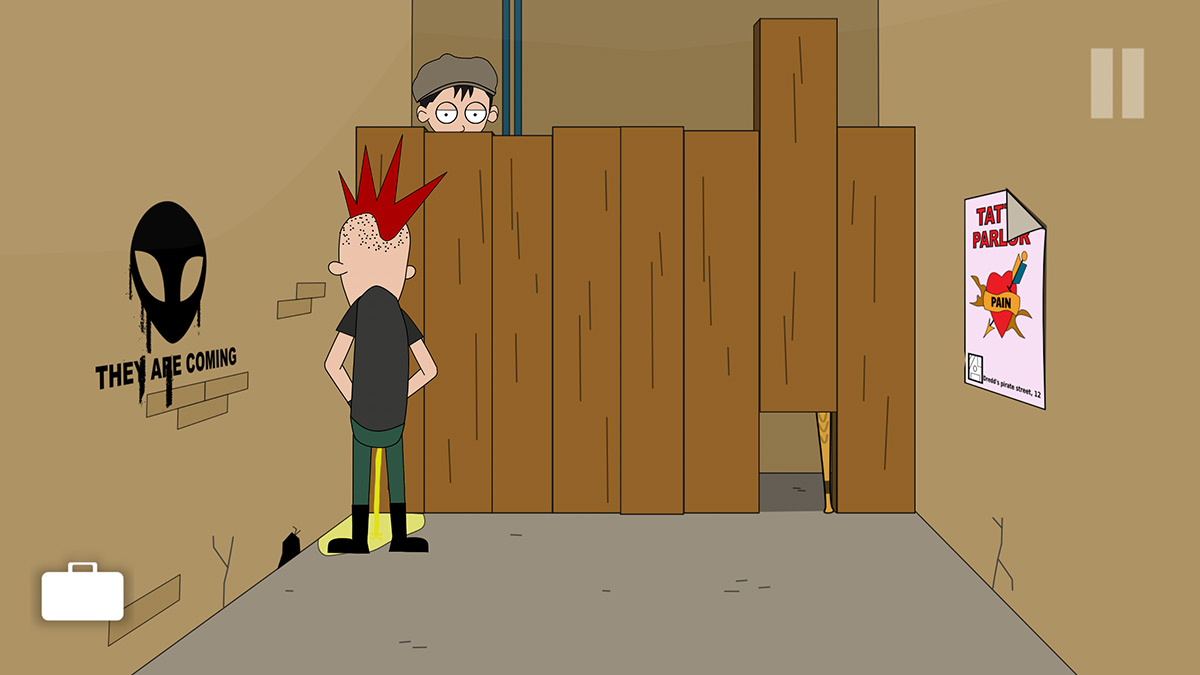 The game features the usual 2D HD graphics usually found these days in a cartoon TV type of setting. When I first read on this game, it actually mentioned it being a cross between Kill Bill, Monkey Island and South Park. Well, I can definitely see the South Park. Also, there is some music in the game that reminds me of that part in Kill Bill 1 where Beatrice Kiddo travels over to Tokyo to get her a Hattori Hanzo sword, you know the one I am talking about, right? Anyway, additionally you are able to work through the story line in a pick your own adventure type of scenario.

If I were going to suggest something to add, I would probably add a little more instruction/clues for players to use, but not enough to give out the entire game or make it too easy. Some players may find this game a little on the shorter side of things as well.

The demo has been available on Google Play for some months. However, you can now find the full version for $4.49 on Google Play. For entertainment purposes alone, you have to check out this game. P.S. Raven’s mom is an asshole!