Players will start off with their own small island base which they will need to build up by adding new structures, researching different technologies, gathering resources, and of course, building up your fleet of warships. Along the way you’ll be able to trade with over 60 different cities within the game, netting yourself different items and resources in exchange for things that you have plenty of yourself. The game’s economy is actually heavily influenced by players and what things are trading for, so keeping an eye on pricing is beneficial if you’re trying to make a big profit through trading goods. 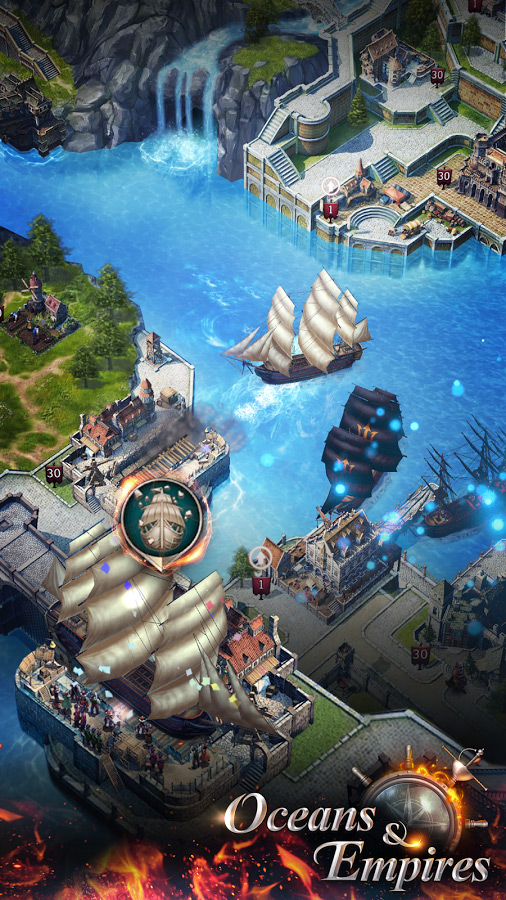 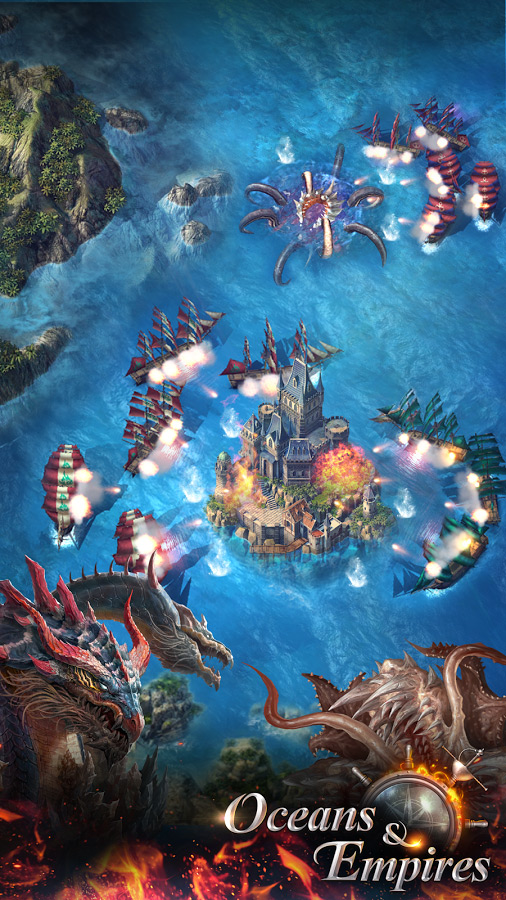 Combat is all done in real-time and players will need to deal with AI opponents, as well as other players looking to dominate the ocean. However combat isn’t just about destroying another player’s ships. There’s a lot of different benefits to having a good result from fighting, depending on what and where you’re in combat. You can assume control of a trading village, raid other villages for loot, and wage war on other player’s islands. There’s a full alliance system in Oceans & Empires as well. Besides trade cities, there’s also NPC empires, resource island, sea monsters, and more to deal with.

If you’re interested in checking out this game, it will be launching on November 17th, 2016. However, pre-registration is now live and interested players can sign up over on the game’s official website. Pre-registering for Oceans & Empires will also net you some rewards when the game does launch and your empire reaches level 5. The rewards are 2,500 Gold, 12,000 Wood, food X 5, 1Hr Speed Up X 20. Pre-registering via Google Play won’t net you these rewards though. Pre-registration is only available in the USA, Japan, Taiwan, and Hong Kong.