Unfortunately, since Zen Studios is just teasing this new game, there’s isn’t a ton of details about it right now. However, if it is anything like the company’s other franchise themed pinball series, such as Marvel Pinball, we can expect a number of different franchises making their appearance within the Bethesda Pinball platform. In fact the first picture the company teased shows Pip Boy from the Fallout franchise. 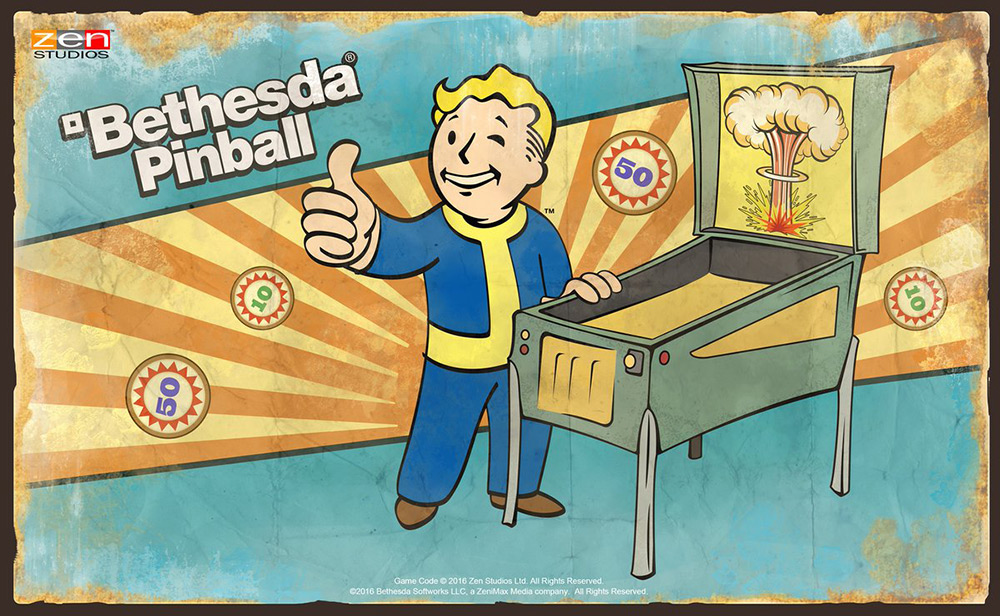 Zen Studios can make a number of different pinball tables themed around Bethesda titles. Depending on how the execution goes, which will more than likely be great since Zen Studios makes some pretty amazing pinball tables, this series could be quite popular. When we learn more details, we will post an update. In the meantime, what Bethesda franchises would you like to see as a pinball table? Let us know in the comments below.