Released by tabasco games, Battleship Lonewolf: Space TD is an interesting strategy game, where players are tasked with helping to keep a fleeing battleship in tact. The backstory is predicated on power stones, which are resource endemic to outer space, with our solar system having already run out of them.

Thus, once per decade, an expedition into deep space is undertaken, for the purpose of finding more. Over the last century though, none of the expositions have returned. The titular star ship is the latest in these ventures, only to learn some bitter truth about being lied to, by those who sent them searching for more, now feeling like that trip was surreptitiously meant to be “one way”. As this ship is racing back to safety, the enemy is in hot pursuit and can’t be ignored. Thus, the Lonewolf must fight while fleeing, and this ship is surrounded by a circle to denote what its sensors are picking up for incoming threats, and from which direction. 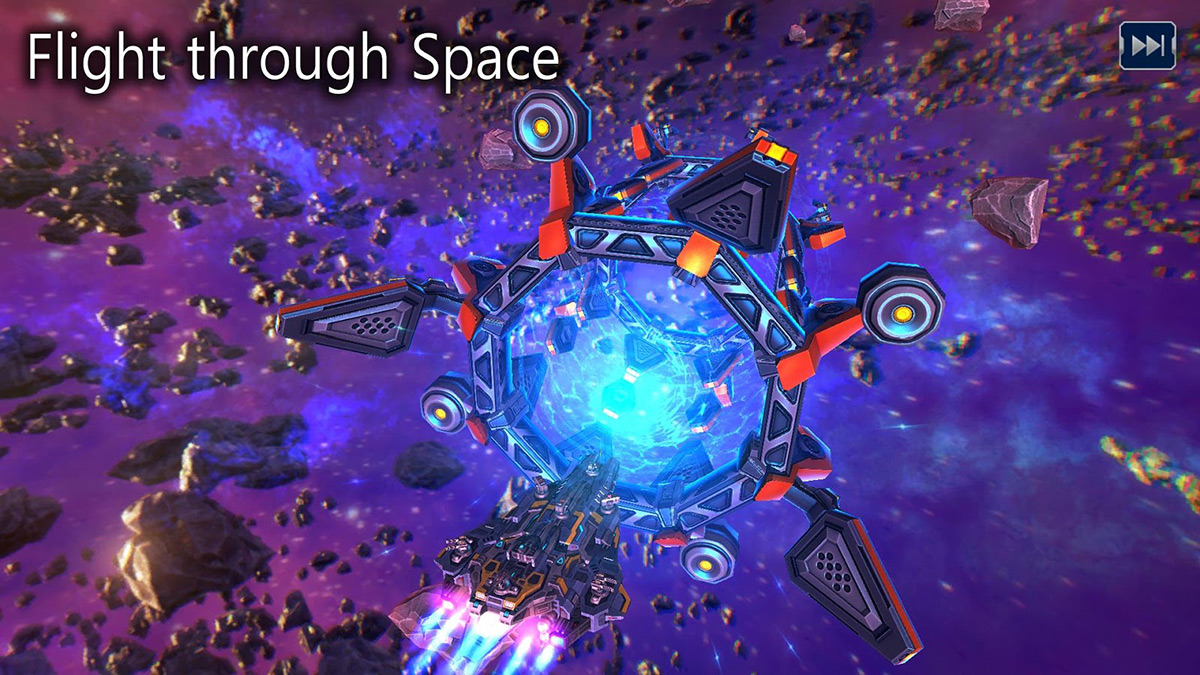 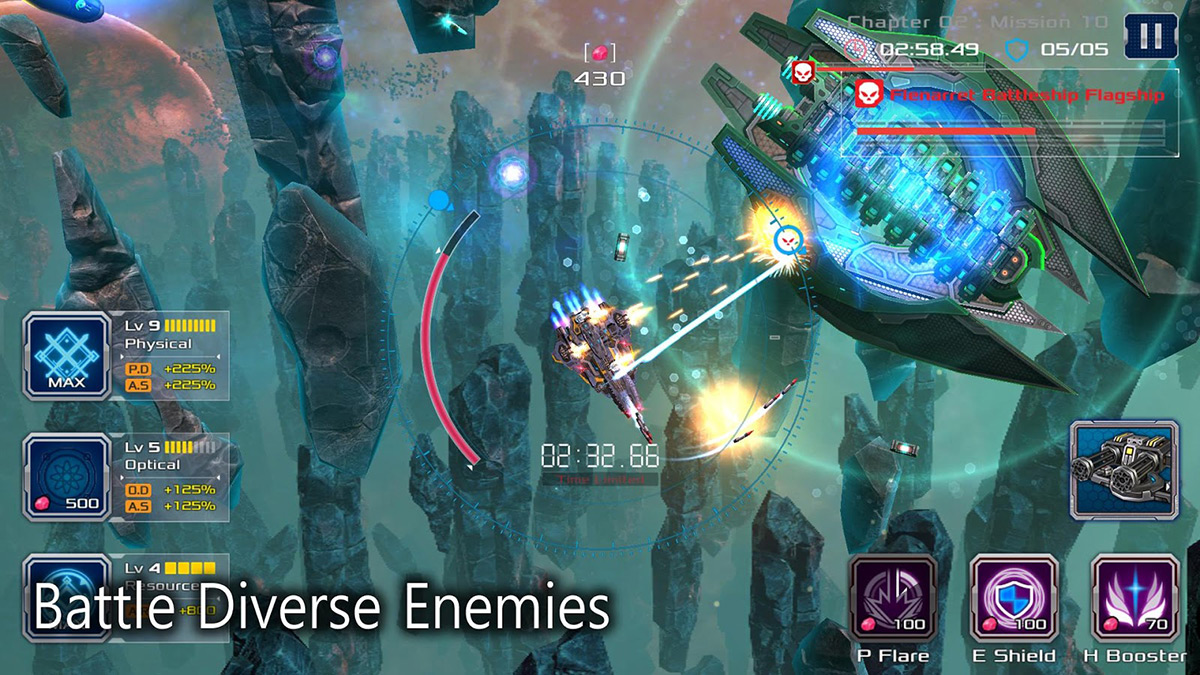 – Fly Through Space: Deploy the space battleship Lone Wolf to wage epic war in space
– Arm and upgrade Ship: Strategic formation of physical and optical weapons in addition to various turrets and active skills
– Battle Diverse Enemies: Conflict never ends. Continue your journey not only in mission but also in survival mode

Players will have the option to upgrade their ship as the game goes on, such as what damage turrets are able to dish out, as well as increasing the number of turrets available. Other options touch on speed, physical and optical defenses, and overall durability.

Battleship Lonewolf: Space TD is already available from Google Play. The game can be purchased for a flat fee of $2.99, and lacks both advertising as well as IAPs. Interested players can check out the brief trailer to see snippets of the game in action. 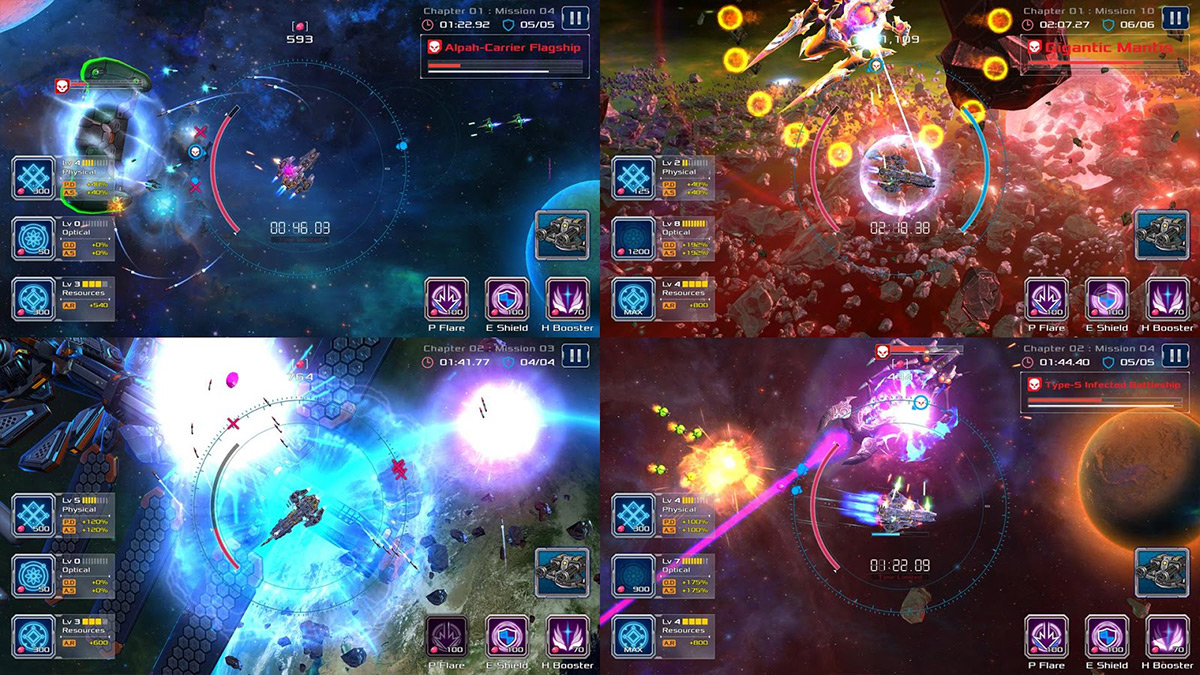 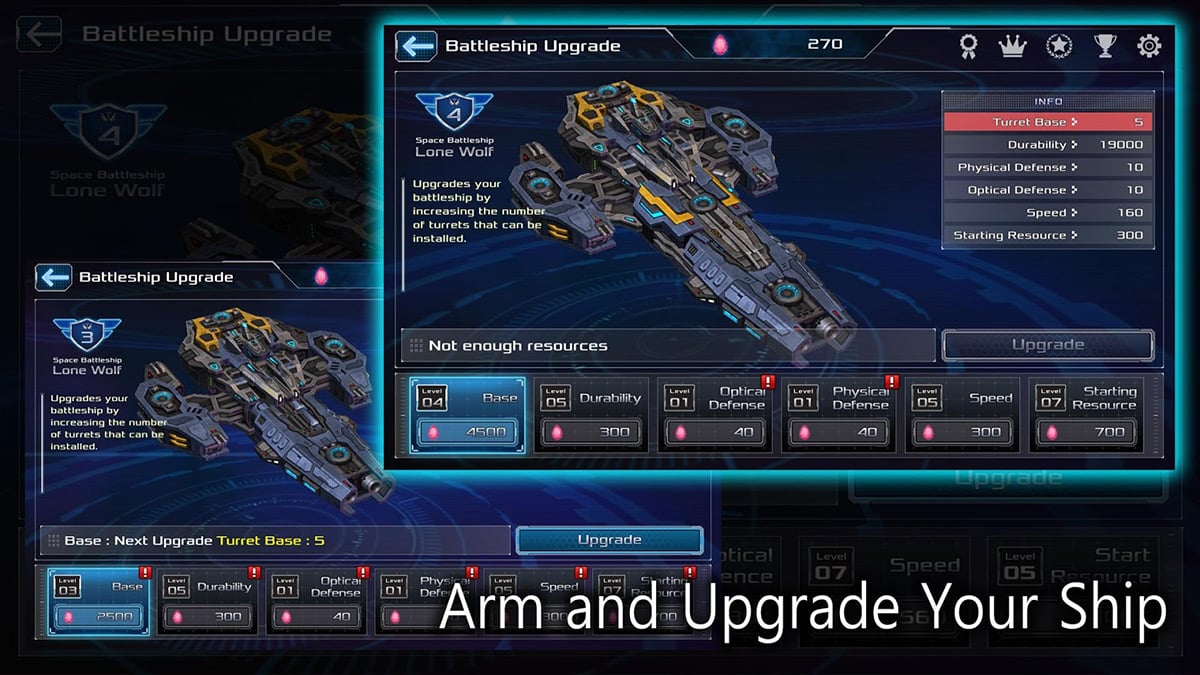