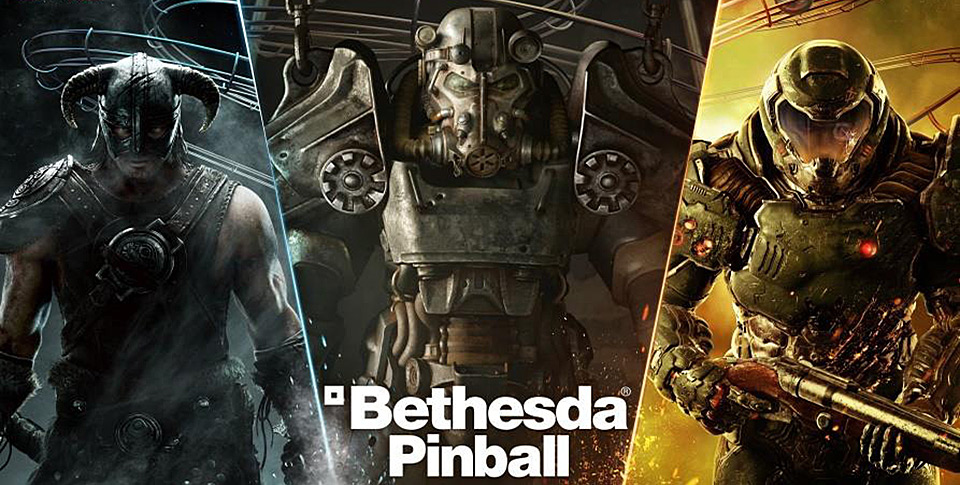 If you’ve played a Zen Studios pinball table, then you already have an idea of what to expect with this release feature-wise. For those of you new to Zen Pinball, the company loads their pinball tables up with all kinds of features such as very detailed 3D visuals and animations, plenty of ramps and other elements, mini-games, hotseat multiplayer and more. The initial release of Bethesda Pinball will feature three tables right off the jump, one for each franchise: Fallout, DOOM, The Elder Scrolls V: Skyrim. More tables will follow in future updates. 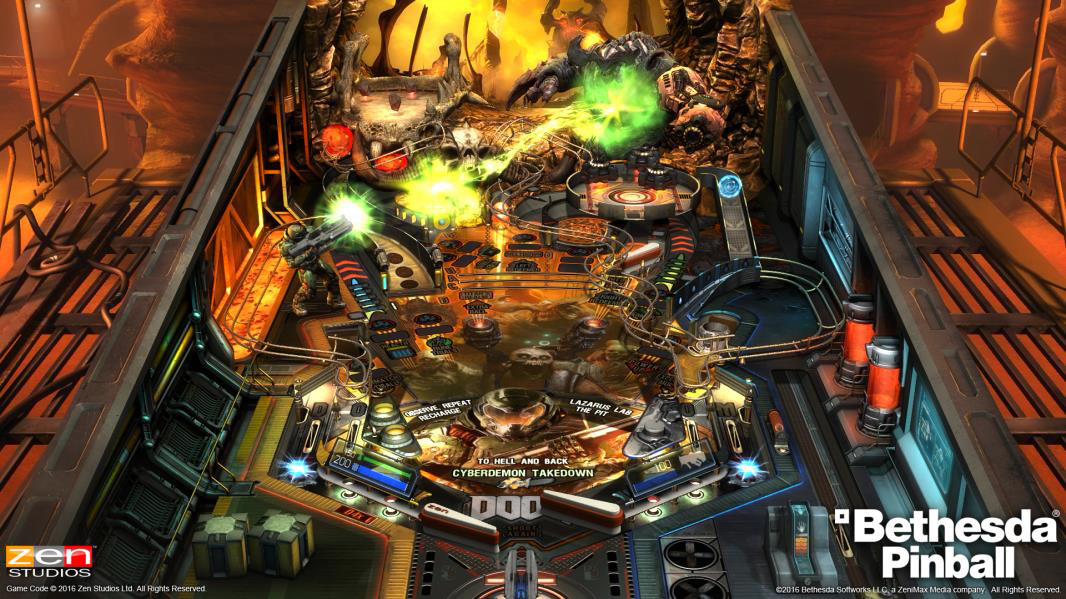 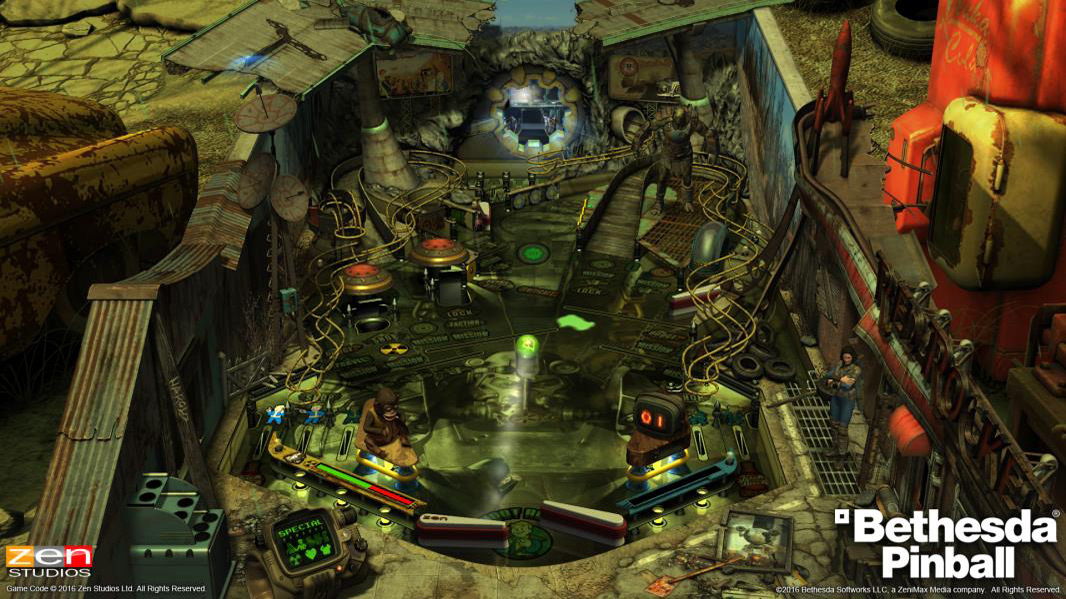 The first three tables probably have more features and content in them than most of the company’s other pinball tables. For example, in the The Elder Scrolls V: Skyrim Pinball table, players will be able to craft weapons, use magic, equip armor, buy and sell goods, mine materials, find trainers and complete side quests, all before trying to defeat Alduin. Beating him will end up having you fulfilling your destiny as the Dragonborn. The DOOM and Fallout tables are just as full of content as the Elder Scrolls V: Skyrim table is.

All tables will have their own leaderboard to compete in as well. So there’s plenty of content and other activities to do in these first three tables. We will be posting some tips and tricks, along with hands-on impressions of each table, in the next couple of days. In the meantime, you will be happy to know that Bethesda Pinball will be launching December 8th, 2016, for mobile devices, and on December 6th, 2016 for PC and consoles, so you won’t have long to wait. Bethesda Pinball will be available through IAPs within the Zen Pinball app, as well as a standalone app on Google Play, just like with Marvel pinball. Amazon Appstore will get its release at a later date.