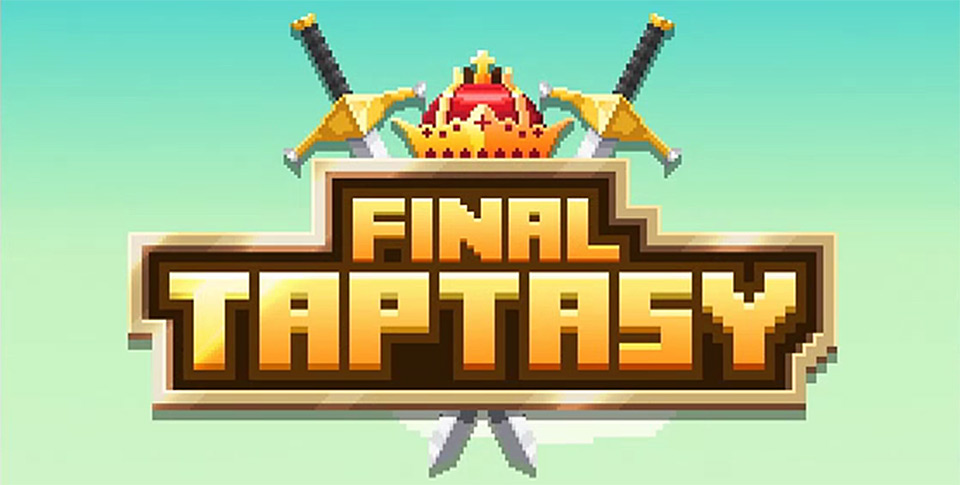 For those of you who happen to be playing the clicker style game called Final Taptasy, Nanoo Company has pushed out a decent sized content update today, bumping the version number officially to 2.0. This particular game is a mesh between a clicker and a retro RPG type of game.

Players will be collecting heroes which they can level up and equip new gear onto, as well as strengthen their abilities as they level up. Unlike a typical RPG though, you are not limited to just one hero, or a party of five, in this game. Instead you’ll have a bunch of different heroes, all of which can be in a different class, and those are what you’ll be using to attack the enemies you come into contact with while dungeon crawling. 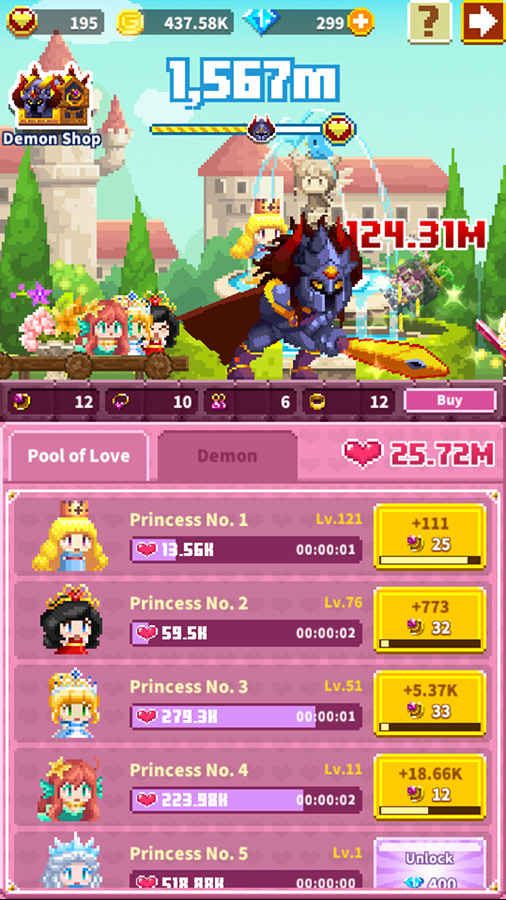 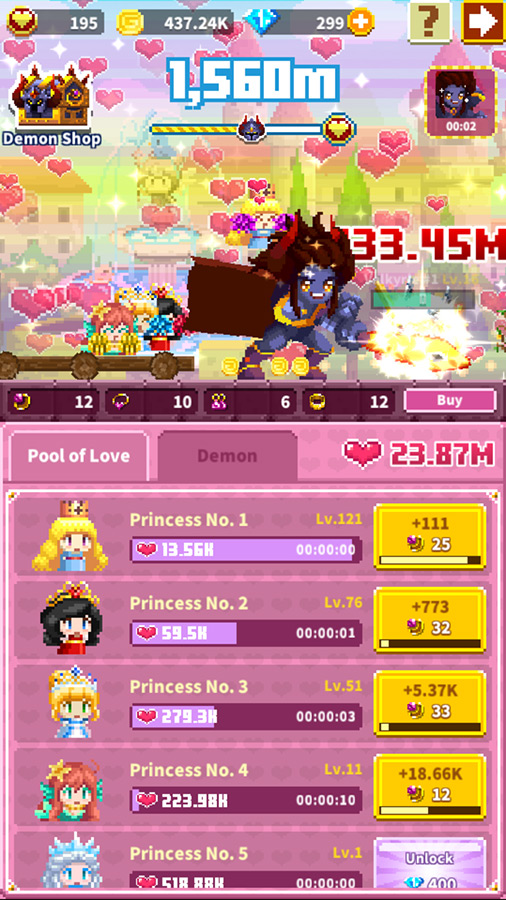 The update brings with it a new mode called Love Escape. This is a slightly strange mode where you’ll be battling using a bunch of princess style character, which ironically also happen to love the demon, while also trying to escape. Players will be able to snap up new rewards and upgrade elements for their characters.

There also happens to be two new weapon sets added to the game called the Glorious Hero and Queen of Darkness weapon set. Players can also collect the newly added ally named Thrall. Lastly, there have been 15 new types of treasure added for you to find. Also arriving are a few changes to the current game to help with balancing issues. This includes significantly enhanced the skill ‘Concentration’, the maximum level to infinity for the Treasure ‘Ancient Gold Mask’ has been changed, the max level of the treasure ‘Cat Foot’ has been increased to level 20.

If you have Final Taptasy installed, you can now download this update at any time. If you want to check this game out, you can download a copy off of Google Play for free.